A new accelerator for small and medium sized wireless sector firms is being launched in Ontario.

The new initiative will be part of Wavefront, an existing NationalCentre of Excellence accelerator program for innovation andcommercialization of wireless companies in Canada. The latestaccelerator announced today will focus on helping Ontario wireless SMBscommercialize their products through access to funding, industryconnections and business skills training. 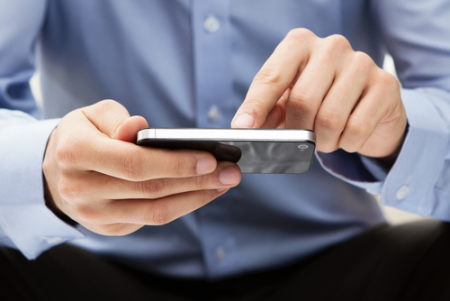 The new accelerator for Ontario wireless SMBs will be made possiblethrough funding from the National Research Council of Canada IndustrialResearch Assistance Program (IRAP).

“It accelerates the growth of the wireless company or the startup. IRAPand Wavefront have entered into a partnership where a company in thewireless area can talk to Wavefront and identify smallish projects(worth)  maybe about $15,000 or so each. The IRAP portion paidis 65 per cent of that project, the (SMB) company would pay for theother portion,” said Helene Joncas, Wavefront’s vice-president forbusiness development, eastern region.

The fact that the SMBs themselves have to front some of the cost oftheir targeted project gives them a sense of ownership in the processas well as whatever product or service they’re tryigng tocommercialize, she added.

“It’s important for (SMBs) to have skin in the game. It’s human nature that if it’s free you don’t value it.”

Although the acclerator program targets startups and SMBs, “If thereare bigger projects that require more time and effort there’s also anopportunity to scope that out,” Joncas said.

Ontario SMBs in the wireless sector who want to apply for theaccelerator should contact Natalie Gallimore directly at natalie.gallimore@wavefrontac.com or visit Wavefront’sWeb site.

Christine Wonghttp://www.itbusiness.ca
Christine Wong has been an on-air reporter for a national daily show on Rogers TV and at High Tech TV, a weekly news magazine on CTV's Ottawa affiliate. She was also an associate producer at Report On Business Television (now called BNN) and CBC's The Hour With George Stroumboulopoulos. As an associate producer at Slice TV, she helped launch two national daily talk shows, The Mom Show and Three Takes. Recently, she was a Staff Writer at ITBusiness.ca and is now a freelance contributor.
Previous articleHands-on with Apple’s new Maps app
Next articleRypple relaunched by Salesforce as Work.com