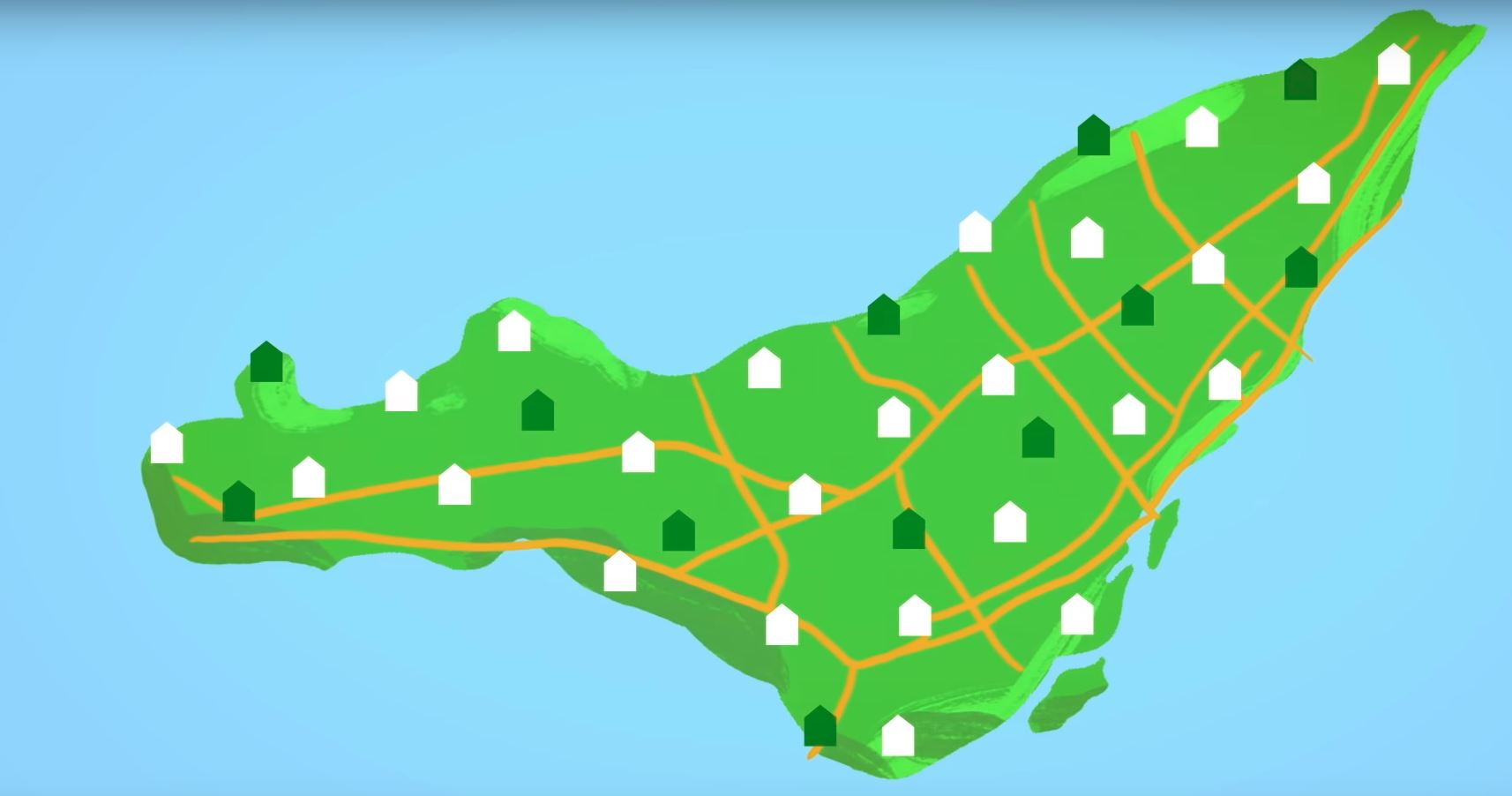 Montreal has a $50 million more budget to put towards its smart city plan today.

Infrastructure Canada today announced the winners of its Smart Cities Challenge, a competition open to all Canadian municipalities, local or regional governments, and Indigenous communities (First Nations, Métis and Inuit). The Challenge had four key goals: to realize outcomes for residents, empower communities to innovate, forge new partnerships and networks, and then spread the benefit to all Canadians.

Four prizes were available. Communities with populations up to 30,000 (per the 2016 census) were eligible to compete for $5 million (or could choose to aim for $10 or $50 million), two $10 million prizes were offered to communities of less than 500,000, and a single $50 million prize was up for grabs by a community of any size.

More than 200 municipalities and groups participated in the first phase of the competition, completed last year. Each application was based around a Challenge Statement arrived at after consultation with the community: a single sentence that defined the outcome or outcomes the community aimed to achieve by implementing its smart cities proposal, outcomes that were measurable, ambitious, and achievable through the proposed use of data and connected technology. From the initial submissions, twenty finalists were selected, each of whom received a $250,000 grant to help it develop its video and final proposal through activities such as capacity building, engaging professional services, performing feasibility assessments, pilot projects, communications, community engagement, and research. An independent panel of judges evaluated the proposals against a checklist of detailed criteria.

François-Philippe Champagne, minister of infrastructure and communities and his parliamentary secretary Marco Mendicino presented the awards in Ottawa.

“This was really a Canadian endeavor,” Champagne told participants. “If I had one ask, I would say – be the ambassador of smart cities across the country, be the ambassador of the Smart Cities Challenge around the world. The world will be watching you as you bring your vision to reality and transform your communities. Make Canada proud. We’ll all be supporting you on this journey.”

The $5 million prize went to the Town of Bridgewater, Nova Scotia for its proposal to reduce energy poverty among its citizens by making energy services universally available, affordable, clean, efficient, and secure.

Nunavut Communities received $10 million for its life promotion approach to suicide prevention in a region where suicides occur at ten times the national average.

The City of Guelph and Wellington County also received $10 million for their proposal to create a Circular Food Economy.

The $50 million prize went to the City of Montréal for its proposal to improve mobility and access to food.

“Every single community that participated in this challenge is a winner,” Champagne said. “Hopefully together we can change the world.”

Lynn Greiner
Lynn Greiner has been interpreting tech for businesses for over 20 years and has worked in the industry as well as writing about it, giving her a unique perspective into the issues companies face. She has both IT credentials and a business degree.
Previous articleEverledger trying to eliminate blood diamonds with blockchain technology
Next articleHP updates midrange EliteBook and ZBook with high-end features