Only about one in six Canadians actively downloads and uses apps on their smartphones – and only one in 50 does the same on a tablet – but mobile apps are still a good investment for business, analysts says.

Just 23 per cent of Canadians own a smartphone and three per cent own a tablet, reveals an Ipsos Reid study conducted online in February. But the nascent mobility market is showing signs that mobile app usage will take off as 71 per cent of smartphone users have downloaded an app and 80 per cent of tablet users have done so, according to the survey.

Those who watch Canada’s mobile industry closely aren’t surprised by the poll results, saying its still early days for mobile technology. But all agree there’s an optimistic outlook for increased adoption of apps, and conducting business through the mobile channel. 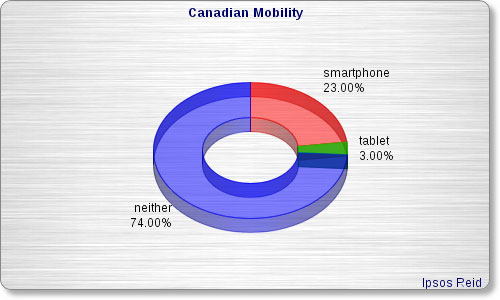 “What really struck me is that 23 per cent of online Canadians own a true smartphone,” says Scott Campbell, chief marketing officer at Wind Mobile. “We have a long way to go, and we see a higher percentage than that at Wind.”

The Globalive Wireless Management Corp.-owned wireless carrier sees more than half of its customers adopt smartphones, he adds. Likely because it offers unlimited data on top of its voice plans for $10 per month.

“We’re finally waking up to what the rest of the world has known for a few years here,” Campbell says. “Our little case study here is just putting it in reach of the average Canadian.”

While mobile app adoption among Canadians may seem low, it’s still worth the development investment for businesses looking for a new channel to connect with their customers, according to Ambrose Choy, co-founder of Toronto-based Simply Good Technologies Inc., an app maker that works with retailers such as Canadian Tire.

“Some of the numbers may seem low, but the type of engagement compared to other digital channels is very strong,” he says. “The mobile platform is a great platform for companies to reach out with.”

A phone is the next closest thing to a person after their wallet, Choy says. That gives businesses with apps the ability to deliver relevant information at the right time, in the right place, and optimized for visual representation on a mobile screen.

The mobile marketplace is being rapidly adopted, says David Man, managing partner of research & development at Simply Good. More Canadians are adopting smartphones on a quarterly basis, and tablets are starting to replace netbooks and laptops. 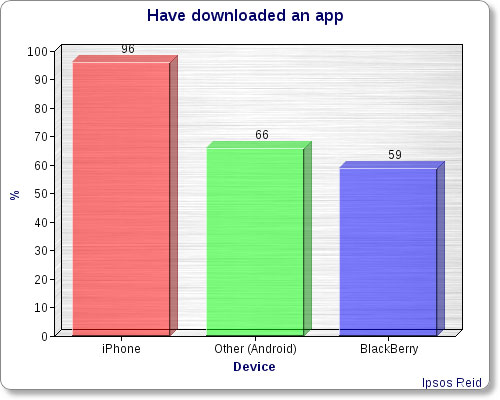 “It coincides with how the app store is structured on different platforms,” Man says. “With the iPhone having the most offerings, it will definitely lead to users downloading more apps.”

Businesses need more education about how to use tablet apps, according to Krista Napier, senior analyst of Canadian emerging technology and digital media at IDC Canada. A survey conducted by the analyst firm in the Spring shows that applicable apps comes pretty far down the list when it comes to motivation to buy a tablet, behind security and integration with backend systems. But expect that to change soon.

“They’re still being used as a glorified paper replacement,” Napier says. “It’s like they have a hammer and they’re looking around to find some nails.”

Investing in mobile apps for business depends on the type of business and who their customers are, she says. “When it comes to vertical markets, we expect retail will be one market that gets a lot of value out of these.” 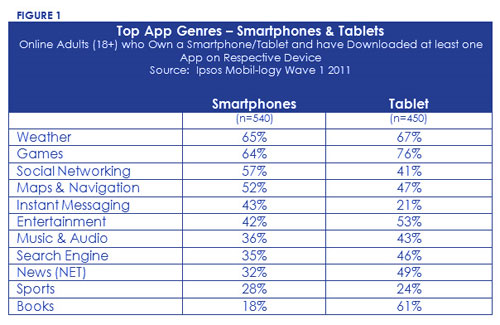 The Weather Network App is the most popular download among Canadians, with 40 per cent downloading it to their smartphone and 35 per cent to tablets.

Angry Birds is the leading time-waster and favourite gaming app, with 14 per cent of smartphone users downloading it and 19 per cent of tablet users.

Brian Jacksonhttp://www.itbusiness.ca
Editorial director of IT World Canada. Covering technology as it applies to business users. Multiple COPA award winner and now judge. Paddles a canoe as much as possible.
Previous article
Former
Next article
What Facebook can learn from Google+