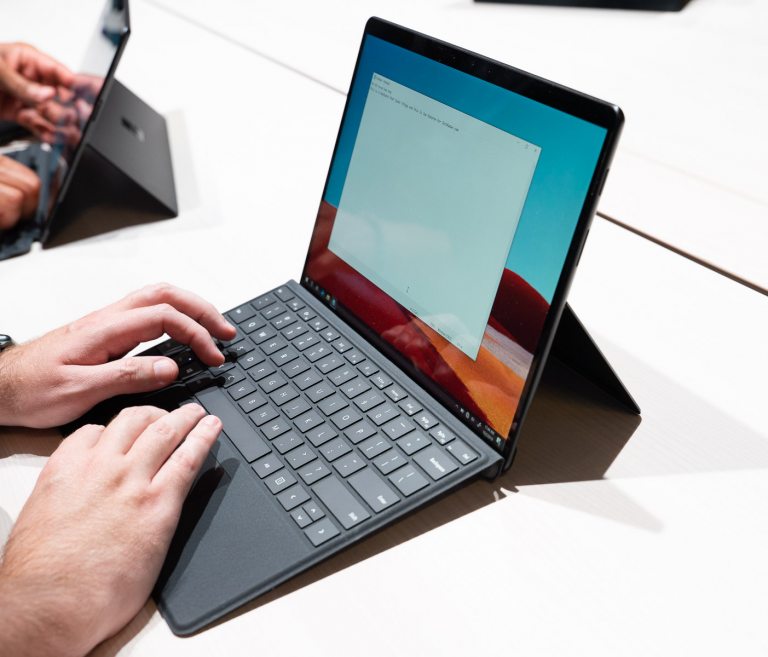 The last time Microsoft put an ARM processor in a Surface was in 2012 when the series first launched. Powered by an Nvidia Tegra chip, the Surface RT (Run Time) was ill-received due to the lack of native apps and the ultra-restrictive Windows 8 RT operating system.

But ARM has resurfaced in the Surface Pro X, this time donning the form of the Microsoft SQ1 chipset. 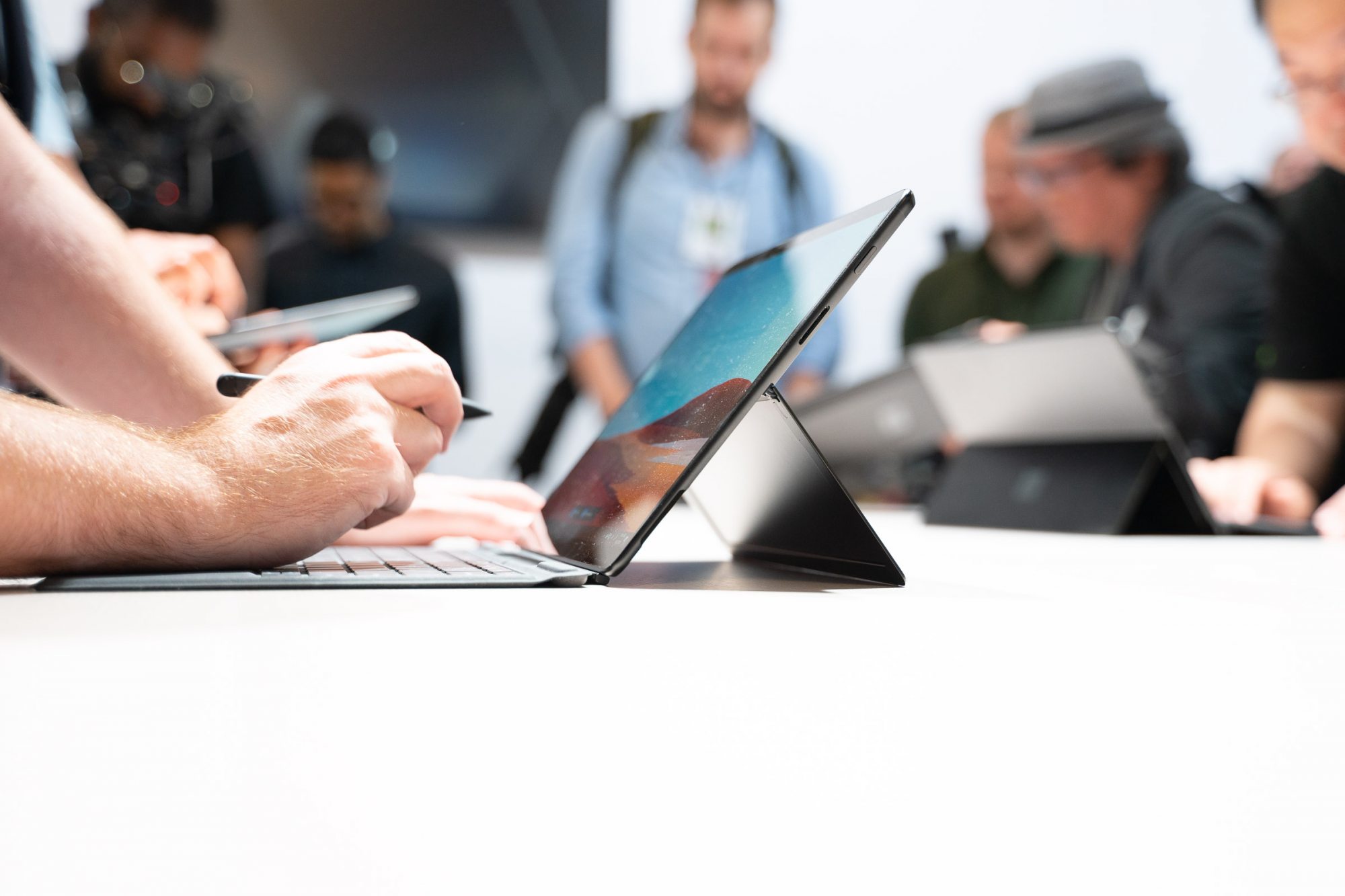 In recent years, Microsoft has been working closely to optimize Windows to run on ARM chips. The company today said it’s the time is right to once again lean on ARM for its mainstream, mobile-centric device.

The latest chipset is custom-made built on the same die as the Qualcomm Snapdragon 8cx, and features a new Adreno 685 graphics subsystem. The chipset has a 7W thermal envelope, twice that of the Snapdragon 855, which sits at around 2W to 3W. It can even be configured up to 20W if warranted.

According to Microsoft, the Surface Pro X can last up to 13 hours on a single charge. Given that ARM devices champion battery life, 13 hours feel a bit short. With that said, it does support 65W fast charging.

The Surface Pro X isn’t the only Windows device with an ARM processor. The Samsung Galaxy Book S uses the unmodified Qualcomm Snapdragon 8cx chipset and also runs the full version of Windows 10. It features a clamshell design and is quoted to run for 20 hours on one charge.

Microsoft has also clamped down on serviceability. Users can now self-service machines and swap out the SSD, which comes in 128GB, 256GB, and 512GB configurations. RAM is still soldiered on, however, unsurprising considering that the device is only 7.8mm thin and weighs 1.68 lbs.

Microsoft has also spent some time pondering where to best place the pen. The answer? The detachable Surface Type Cover. A deep groove at the top of the keyboard now holds the flattened Surface Pen. The pen charges wirelessly when docked. And yes, there’s still an eraser tip on its tail end. 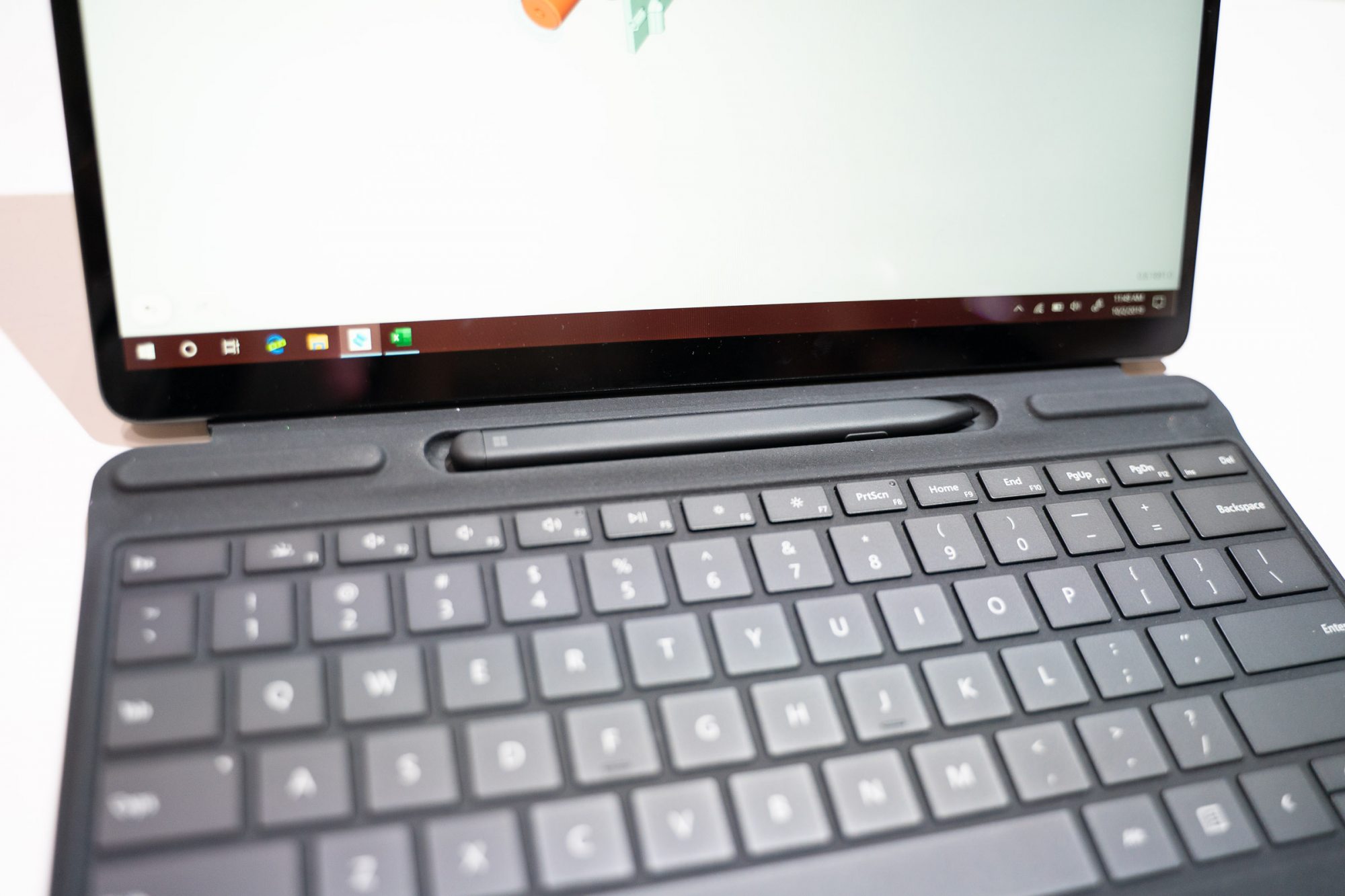 The Surface Pro X will be available on Nov. 5 starting at US$999.

Update: The original article incorrectly referred to the Qualcomm 8cx chip as the Qualcomm 8xc chip. IT World Canada regrets this error.

Tom Li
Telecommunication and consumer hardware are Tom's main beats at IT Business. He loves to talk about Canada's network infrastructure, semiconductor products, and of course, anything hot and new in the consumer technology space. You'll also occasionally see his name appended to articles on cloud, security, and SaaS-related news. If you're ever up for a lengthy discussion about the nuances of each of the above sectors or have an upcoming product that people will love, feel free to drop him a line at [email protected]
Previous article
Hashtag Trending – New privacy tools from Google, Alexa goes job hunting, UPS delivery drones approved
Next article
Microsoft returns to making phones, teases dual-screen Surface Duo