It’s difficult to judge exactly what role the Surface Duo fulfills. Judging by the demo unit available at the event (that’s off-limits to everyone), the Surface Duo is absolutely massive. A single half is large enough to dwarf the Galaxy Note 10 Plus, making it nearly impossible to fit into pockets. Its size is more reminiscent of a foldable tablet than a mobile device.

The teaser video shows the Duo being held together using two hinges at the top. Microsoft has taken the safer approach and decided against a foldable display. Despite so, the bezels are thin enough to make the two displays appear as one continuous unit. 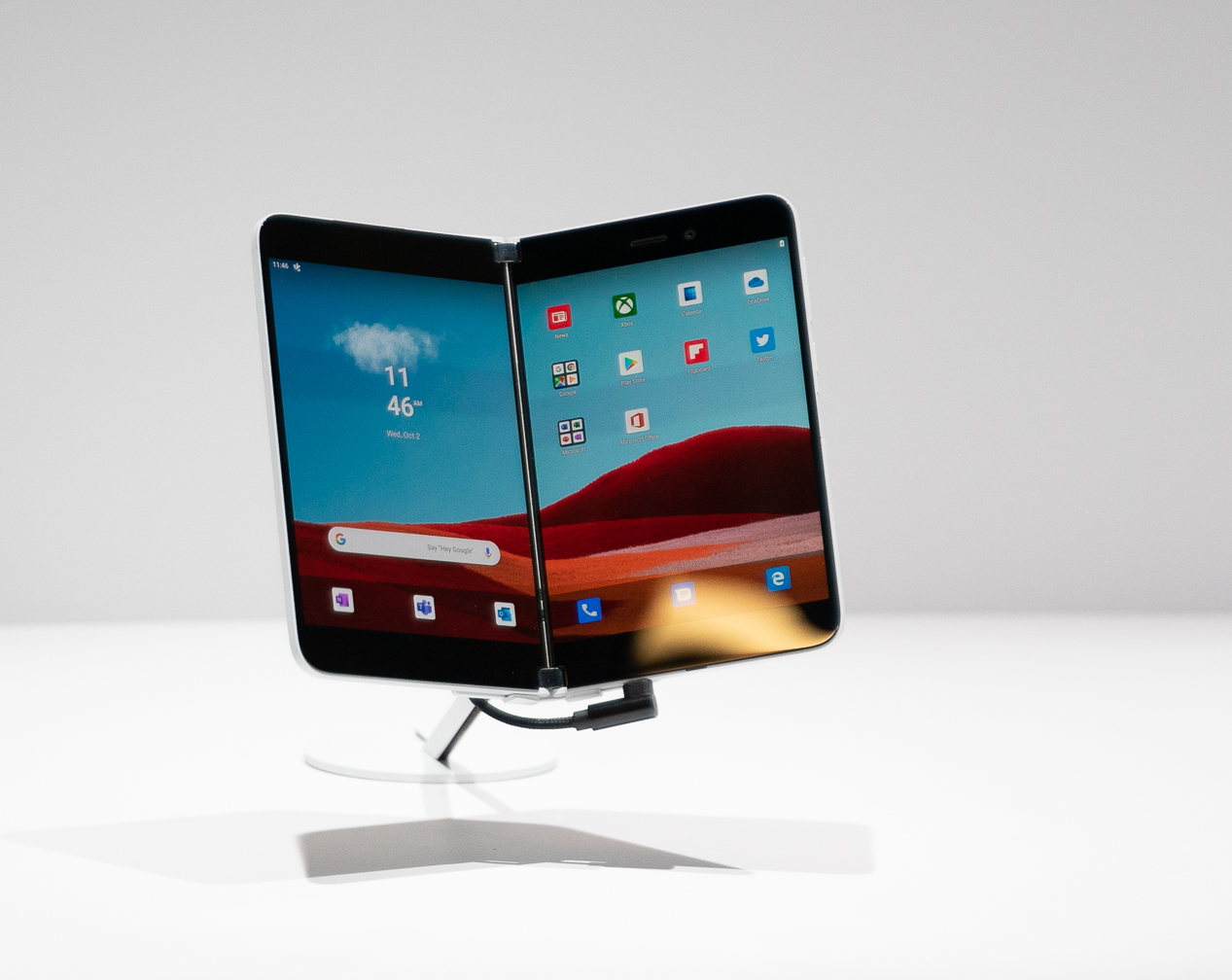 Details of the Surface Duo are scarce, but we do know that it’s running Android. Although Microsoft has made absolutely no comments regarding its specifications, the Android system is a good indicator that it will be running some sort of mobile chipset.

The phone seems to charge using a USB-C on the left half.

In recent years, Google has made a concerted effort in refining its Android mobile operating system to support dual displays.

Ever since Microsoft wrote off Nokia in 2015 and laid off almost 8,000 staff, its mobile device section went into limbo. Rumors whispered of an ambitious dual-screen surface phone, but the company kept its lips sealed.

The Surface Duo will land in holiday 2020 for an undisclosed price.