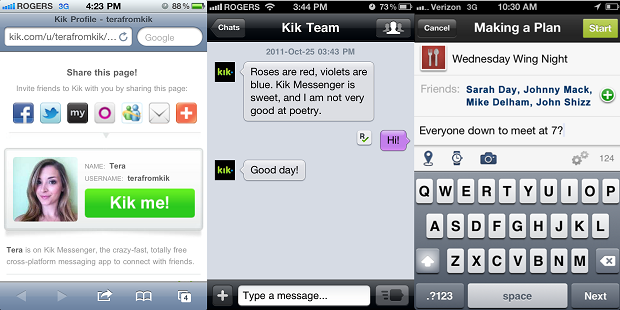 Kik Interactive announced Monday that Kik will be shutting down its messaging service and shrinking its team to 19, a reduction that will affect more than 100 employees.

Kik is now focused exclusively on its cryptocurrency Kin, the company’s CEO Ted Livingston said in a company blog post. It’s because of the Securities and Exchange Commission attempts to label them a security that the company now finds itself changing direction, he wrote.

“Becoming a security would kill the usability of any cryptocurrency and set a dangerous precedent for the industry. So with the SEC working to characterize almost all cryptocurrencies as securities we made the decision to step forward and fight.”

Kin raised nearly $100 million in its ICO when it launched two years ago. The SEC filed a lawsuit against Kik back in June, suggesting the ICO was illegal.

“Going forward our 19 person team will be focused on one goal: getting millions of people to buy Kin to use it.”

Livingston explained the team plans to accomplish this through a three-part strategy: allow the Kin blockchain to support a billion consumers making a dozen transactions a day; increasing adoption and growth for developers who use Kin in their apps; and making it easier to buy and use Kin by building a mobile wallet.