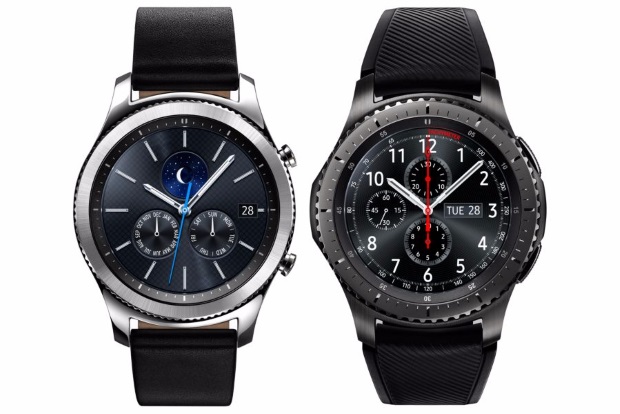 Samsung Electronics Canada Inc. has announced the release of its next generation of Gear smartwatches, the Samsung Gear S3. It is available today in Canada at Samsung stores and all major retailers.

The basic features of the Gear S3 include built-in GPS and speakers that allow users to take and make calls, Bluetooth capabilities, and IP68 water resistance. It comes in two styles, the Gear S3 Classic and the Gear S3 frontier, which Samsung describes as having “a rugged outdoor look.”

The Gear S3 is the first Samsung smartwatch to resemble a traditional watch, following a trend that has included Asus’s Zenwatch 3, the Huawei Watch, and the new Michael Kors Access Bradshaw smartwatch brand.

Battery life is always a major concern when switching to a smartwatch, and Samsung claims to have made strides this year, advertising that the Gear S3 battery can last for up to four days without a charge. In practice, the watch may need to be charged every two days, which still meets the “no need to charge every day” tagline.

New to the Gear S3 is the water and dust resistance. The watch is rated at IP68, meaning it can withstand up to 1.5 meters for up to 30 minutes under water. Neither rain, snow, or splashing from washing your hands will damage the device. However, the watch is not shockproof, and definitely not suitable for swimming or diving.

With 4GB of internal memory, users can use theoretically use apps like Spotify to listen to music – though as of today, while Spotify has been announced as a feature, it’s currently unavailable on the Gear S3 with no update regarding when it will arrive.

The full specifications of the Samsung Gear S3 are:

Down the line, the Gear S3 will also support Samsung Pay, which recently launched in Canada in a partnership with CIBC.

The Samsung Gear S3 is now available in black for $469 at all Samsung Experience Stores, Samsung.ca, and at most Canadian major retailers.

Alex Raduhttp://www.computerdealernews.com
is a Video Producer for IT World Canada. When not writing or making videos about the tech industry, you can find him reading, watching TV/movies, or watching the Lakers rebuild with one eye open.
Previous article
LinkedIn survey finds soft skills among candidates lacking
Next article
Vancouver Canucks use SAP Hybris to get personal with fans