HP laptops are no longer getting down to those sick Beats

Hewlett-Packard Co.’s nearly six-year partnership with Beats for premium audio on its high-end laptops was on borrowed time since Dr. Dre sold the company to Apple, and now it’s officially over with HP going to Denmark for a replacement.

HP Zvr brings 3D to your desktop and your classroom

Las Vegas -- With its Blended Reality vision, Hewlett-Packard Co. is looking to break down the barriers between the physical world and the digital world. Blended Reality is HP’s name for the printing

How HP Inc. will chart its own path for printing and personal systems

Las Vegas -- Will a separated Hewlett-Packard Co. be more than the sum of its parts? That's the question on the minds of many at the vendor's Global Partner Conference this week. Effective

“Audio plays an important role in the experience customers have on their PCs, tablets and accessories whether it’s watching a movie, listening to music or Skyping with friend and family,” said Ron Coughlin, senior vice-president, personal systems with HP, in a statement. “With their passion and expertise, we are thrilled to work with Bang & Olufsen to create exceptional sound experiences for customers.”

HP says that its customers want bold, crisp and accurate audio whether they’re on internal speakers or headphones, and they want the ability to enhance sound to their liking. B&O has over 90 years of experience in the audio and acoustics space and recently launched its BeoPlay H8 Headphones and BeoPlay A2 music system.

“Bang & Olufsen and B&O Play have a long heritage in delivering great music and audio experiences for people no matter where they decide to enjoy their media,” said Tue Mantoni, CEO of Bang & Olufsen, in a statement. “We are excited to collaborate with HP to bring our iconic sound to HP PCs.” 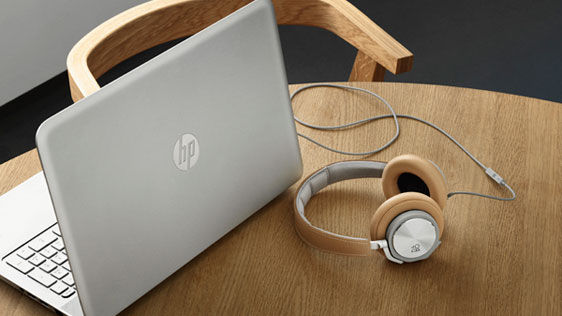 Each notebook and other device branded with the B&O or B&O Play brand will be custom tuned by the two vendors for precise sound, and feature a dedicated audio island that isolates the sensitive audio circuits from other signals on the motherboard. The headphone jack will limit the amount of metal parts to reduce ground noise, and customers will have the ability to customize their audio for movies, music and voice through the audio control panel, either manually or based on preset configurations.

The first products under the partnership will be available this spring, with the B&O brand on HP Spectre, Omen, Envy and select commercial PCs, and B&O Play on HP Pavilion PCs, tablets and PC audio accessories.

BlackBerry is back in the tablet business, and it brought friends

Future Shop closes all stores across Canada
About Jeff Jedras