How to drive and yak on your cell phone … legally

In Part 2 of this feature we offered you a run down of six Bluetooth devices — wireless headsets and visor mounted gadgets — that allow drivers to gab legally when they drive. In Ontario, such a gadget would come in very handy once the ban on the use of handheld electronic devices by drivers comes into force in the Fall

Also read Part 1 and Part 2 of this series.

In this third and final part we feature round off this magnum opus with a description of seven more such Bluetooth devices from a variety of manufacturers that suit every budget and preference. Here goes. 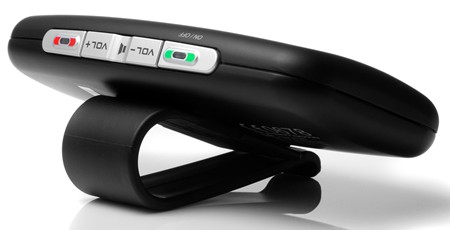 The nice thing about the S1 is that, like its headset sibling, you can talk to it rather than having to push buttons – just say “OK” to answer a call (or else, push the green button. The red button ends the call.). It also supports MultiPoint, and lets you do voice dialing if your phone supports it. The third piece of goodness is the charger – an a/c adapter (thank you, BlueAnt!).

Battery life is rated at up to 15 hours talk or up to 800 hours standby. Sound is good; there’s noise cancellation built in. However, the S1 does not contain an FM transmitter, so you can’t stream audio through it to your car radio. 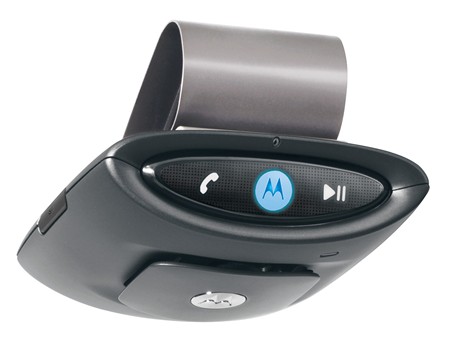 The T505, like the BlackBerry, also offers a link to your car radio, and provides audio caller ID. Its noise suppression technology virtually eliminates road noise.

The user interface is straightforward, with a single button to push to answer or hang up. If your phone supports voice dialing, the unit will work with it. And if you’re playing music, it’s automatically paused when you receive a phone call.
Battery life is rated at up to 18 hours talk or up to 14 days standby – just as well, because all you get is a car charger 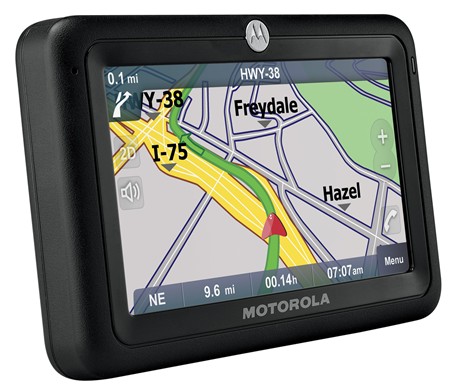 Easy – this particular GPS just happens to have a Bluetooth handsfree built in. The TN30 easily pairs with your Bluetooth-enabled cell phone during setup, and when you receive an incoming call, an overlay pops onto the 4.3 inch touchscreen displaying the calling number, plus buttons letting you answer or ignore the call.

If you answer, the GPS mutes its audible directions (yes, it talks), and displays further softkeys so you can mute the microphone, end the call, or switch to the InCall screen where you’ll find a full keypad and can switch the call to your phone or back to the TN30. If your phone supports voice dialing, you should be able to use it through the TN30; it worked fine with my BlackBerry.

Sound quality is adequate (but not great) given the size and placement of the speaker (on the back of the unit). Road noise was not an issue. My biggest problem was finding somewhere to mount the device where I could reach it to use the touchscreen to respond to calls. The second issue, as with most of the visor mounted units, was that the vendor only provides a car charger, and actually expects the unit to be plugged in most of the time. The installed battery can only power the device for a couple of hours. The ability to plug it in overnight would be very useful. 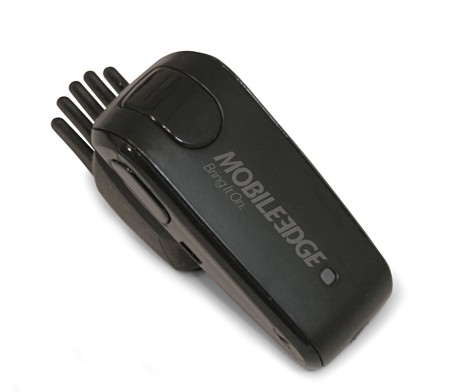 When I first saw this funny little thing – all one and a half inches of it – with its rubber fingers sticking up, I wondered how on earth it could possibly fit in an ear.

It turns out that it can’t, and it’s not meant to. Instead, it sits on your ear, held in place over the ear canal by those fingers. It sounds weird, but it’s actually very secure, and surprisingly comfortable. Controls consist of a single multifunction button, plus volume controls.

Despite the relatively low price point, it supports multipoint and has noise and echo cancellation circuitry. A little cradle acts as both a desktop stand (it’s so small, it’s easy to lose) and a charger.

Audio quality, however, was not the greatest. People sounded muffled and a bit tinny, and I’m told that’s how I sounded too.

Battery life is rated at up to 5 hours talk time, and up to 150 hours standby – not as good as most, but understandable, since there’s not a whole lot of room for a battery in such a tiny headset. 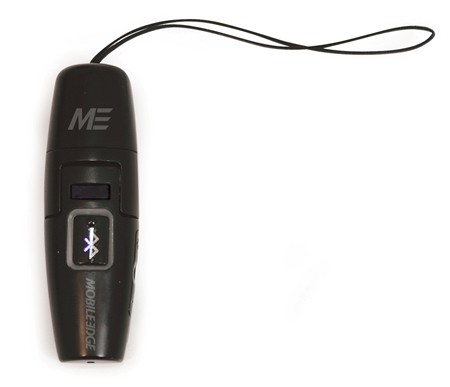 The PowerSmart only claims up to 6 hours talk time, or up to 150 hours standby, but it does have one more trick up its sleeve: an Ultra Power Save mode that lets it nap for up to 60 days.

The headset looks rather like a USB key, complete with cap and attached lanyard, until you give the cap a little twist and pull it off to reveal the earpiece (you get three sizes to choose from). To use the device, you bend it into an L-shape that makes it sit nicely when you insert the earpiece. It goes well into the ear, so outside noises are blocked. I found it fairly comfortable (it weighs just under 10 grams), and it did stay put. Figuring out what to do with the cap can be a nuisance, though.

Charging is through either an a/c adapter, or a USB adapter, both of which are in the box. A full charge takes about two hours, on par with the other units we tested.

Sound quality was very good. I was told, “you sound like you”, which is about as good as it gets on a cell phone. With noise and echo cancellation, there was no issue with background interference, and like its little sibling, it supports multipoint. Voice dial is supported through the phone’s capabilities.
Controls consist of a single multi-function button, plus volume up and down buttons. If the headset is straightened from its L shape, the keys are locked to prevent inadvertent button-presses. If the phone rings while it’s in its straight configuration, simple bending it into its L shape will answer the call.

Lynn Greiner
Lynn Greiner has been interpreting tech for businesses for over 20 years and has worked in the industry as well as writing about it, giving her a unique perspective into the issues companies face. She has both IT credentials and a business degree.
Previous article
Ringtone ruckus – Digital rights group battles music industry over royalties claim
Next article
‘Iceman’ admits to stealing IDs of hundreds of thousands of victims