4000 participants will be descending onto the 6ix this week for the Big Data Toronto Conference and Expo. A Facebook glitch briefly made private posts public. And new copyright legislation proposed by the European Union could make memes illegal.

On Tuesday June 12 and Wednesday June 13, Hogtown’s Metro Convention Centre will play host to the Big Data Toronto 2018 Conference and Expo. According to the event website, the conference will feature 100 speakers, 60 brands including Environics, OVH, and SAS, and expects to educate 4000 visitors about how and why they should incorporate predictive analytics, advanced machine learning, data governance, privacy, cybersecurity, the Internet of Things, digital transformation, cloud analytics, and cloud computing into their business strategies.

Trending on LinkedIn because Facebook killed its trending news feature: Facebook has admitted that around 14 million users were affected by a privacy glitch that automatically made their private status updates public. The social media giant issued an apology on Thursday for the bug, which changed the settings in certain user accounts so that people who thought they were making private updates may have posted them publicly. According to the company, only posts from between May 18 and May 22 were affected, and the bug was fully corrected by May 27. Affected users are being notified as I speak.

Finally, trending on Reddit: A campaign calling itself Copyright 4 Creativity is warning that if implemented, the European Union’s proposed Copyright Directive could destroy a cornerstone of the modern internet: The meme.

At issue is Article 13, which states that platform providers should “take measures to ensure the functioning of agreements concluded with rights-holders for the use of their works” – which could include a ban on screen captures of said work with funny captions added. 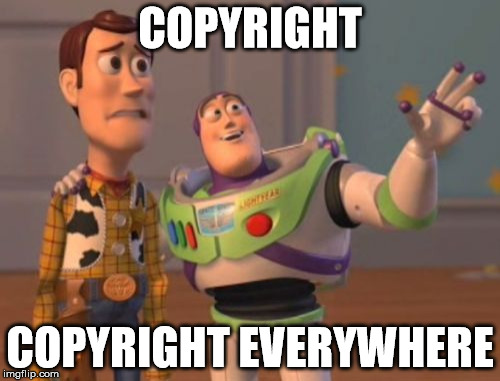 Opponents of a meme-free internet have less than two weeks to call, email, or tweet their opposition to the Directive and especially Article 13 before it’s put to a vote on June 20th or 21st. If you’re not sure what to say, visit Copyright 4 Creativity for some templates.

Or just retweet me. I refuse to be objective about this topic.

Fight for your right to meme! https://t.co/OUbX4rf9Rz #CensorshipMachine #SaveYourInternet

Eric Emin Wood
Former editor of ITBusiness.ca turned consultant with public relations firm Porter Novelli. When not writing for the tech industry enjoys photography, movies, travelling, the Oxford comma, and will talk your ear off about animation if you give him an opening.
Previous article
Diversity champions announced at Nova Scotia’s third Digital Diversity Awards
Next article
Is the NBA the most tech-savvy league in North America? – Tech in Sports Ep. 46