“This podcast is brought to you by Amazon Web Services. Companies build more of their IT infrastructure on AWS than the next four cloud providers combined. Visit aws.amazon.com to learn how AWS can help you modernize your IT.”

Slack has updated its logo – again, tons of chatter over Twitter’s decision to suspend the account of a Conservative activist, and a smartphone with a 50-day battery life? You betcha.

It only took about a month for Slack to change its logo, again. This time, they decided do change the mobile app icon from purple to white, making it easier to see on your device. But a lot of very passionate people took to Twitter to complain about the change, pointing to the fact that the new-look spinwheel looks a lot like Apple’s photo apps icon. Others said they missed the purple, adding they’ve removed the app from the home page and dumped it into a folder along with other “dull logo-on-white background icons.”

The man behind a bevy of false tweets relating to American politicians has had his Twitter account suspended after he admitted to USA Today that he was using fake accounts to spread misinformation. Twenty-one-year-old Jacob Wohl, who has tried to smear presidential hopeful Kamala Harris and special counsel Robert Mueller on Twitter, told media that he planned to set up fake accounts with the alleged intention of manipulating the 2020 election for Donald Trump. There’s a lot of confusion around what Tweets Twitter does and doesn’t allow, but the social media giant tried to justify the suspension, explaining Wohl violated multiple Twitter rules, specifically around the creation and operation of fake accounts. It’s of course worth noting Twitter is filled with fake parody accounts which remain active, something people on social media have pointed out. Wohl’s personal account had more than 186,000 followers.

Energizer, the battery company, is building phones – yes you heard that correctly – and one of them is as thick as 3 normal smartphones with a battery life of 50 days – yes you heard that correctly, too. The Energizer Power Max P18K Pop, shown off at this year’s Mobile World Congress, has a 6.2 inch notch-less screen, a solid rear camera and 6GB of RAM and 128GB of storage. It runs Mediatek’s Helio P70 chip and comes with Android 9.0. But enough of the specs, let’s talk about that fat battery again, like everyone else on Twitter. If you don’t care about size or weight, the latest Power Max phone can actually be a pretty compelling device for a lot people. Pricing, however, has not yet been revealed as of this recording.

That’s all the tech news that’s trending right now. Hashtag Trending is a part of the ITWC Podcast network. Add us to your Alexa Flash Briefing or your Google Home daily briefing. 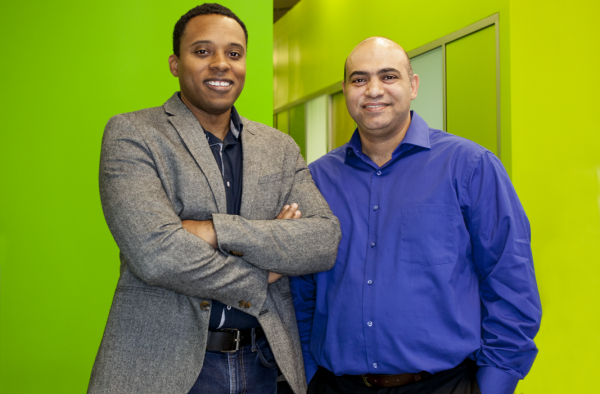 Hashtag Trending – Another 1-on-1 with Gates; DuckDuckGo is growing; Civil rights group calls out Facebook