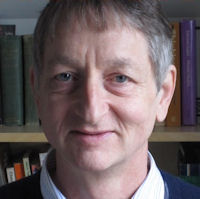 Search giant Google has developed an interest in neural networks, and has acquired a startup out of the University of Toronto’s department of computer science doing research in this area.

“Geoffrey Hinton’s research is a magnificent example of disruptive innovation with roots in basic research,” said U of T’s president, David Naylor, in a statement. “The discoveries of brilliant researchers, guided freely by their expertise, curiosity, and intuition, lead eventually to practical applications no one could have imagined, much less requisitioned. I extend my congratulations to Professor Hinton for this latest achievement.”DNNresearch was launched by U of T professor Geoffrey Hinton in 2012 along with two graduate students, Alex Krizhevsky and Ilya Sutskever. The company was acquired this week by Google for its research on deep neural networks. Hinton’s neural nets research has implications for areas such as speech recognition, computer vision and language understanding.

Hinton will remain a professor, but also spend time at Google’s Toronto office and several months of the year at Google’s headquarters in Mountain View, CA. Krizhevsky and Sutskever will both be moving to Google. Their most recent project involves a system that dramatically improved object recognition.

According to the university, the Google deal will support Hinton’s graduate students housed in the department’s machine learning group, while protecting their research autonomy under academic freedom.

“I am extremely excited about this fantastic opportunity to keep my research here in Toronto and, at the same time, help Google apply new developments in deep learning to make systems that help people,” said Hinton.

Financial terms of the deal were not disclosed, but in another announcement Google recently awarded a $600,000 gift to Hinton’s research group to support further work in the area of neural nets.

Jeff Jedras
Jeff Jedras is a technology journalist with IT World Canada and a member of the IT Business team. He began his career in technology journalism in the late 1990s, covering the Ottawa technology sector for Silicon Valley North and the Ottawa Business Journal. He later covered the technology scene in Vancouver before joining IT World Canada in Toronto in 2005, covering enterprise IT for ComputerWorld Canada and the channel for Computer Dealer News. His writing has also appeared in the Vancouver Sun & the Ottawa Citizen.
Previous article
Markham vendor takes agenda management solution online
Next article
The best advice from Adobe Summit 2013