Facebook has completed the segmentation of its instant messaging app from its core social networking service today with the announcement that new Messenger accounts can be created without being a registered Facebook user.

In August last year, Facebook began the separation of Messenger from the social network, requiring that users instead download it as a separate app on mobile devices. In March, Facebook further signalled that its investment in Messenger was increasing by turning it into a platform with third-party developers. Now it would seem that it is completely parceled out as a separate entity from Facebook. 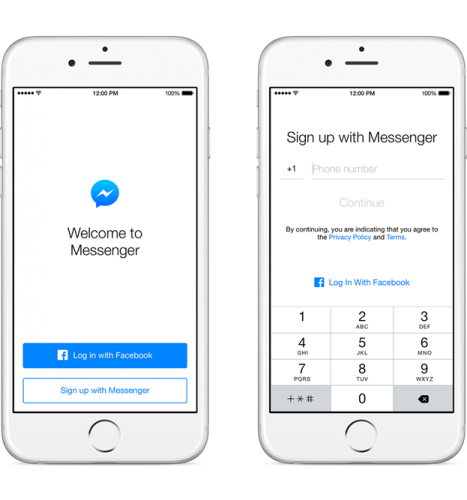 The move is likely calculated to try to appeal to the youngest demographic of social media users. While Facebook remains the most popular social network of choice for the 18-24 crowd, according to Business Insider Intelligence, other messaging-style apps are quickly becoming popular in that age group. For example, more than six out of 10 users on Snapchat are in the 18-24 age group.

The change to account creation will first roll out in Canada, Peru, Venezuela, and the U.S.

Brian Jacksonhttp://www.itbusiness.ca
Editorial director of IT World Canada. Covering technology as it applies to business users. Multiple COPA award winner and now judge. Paddles a canoe as much as possible.
Previous article
Why you may be understating your mobile conversions by 50 per cent
Next article
What’s new in Google News Lab?