If Mark Zuckerberg has his way, we’ll soon be using Facebook Messenger to check the weather, receive shipping updates, and order pizza.

Less enticing, perhaps, is the thought of using the popular instant messaging app to send personal details such as identification numbers, or financial account information.

Based on open-source Open Whisper Systems technology, Secret Conversations allows either participant in a Messenger conversation to request that the conversation be made BlackBerry Messenger-level private, a request both parties must approve (click on the image for a larger version). 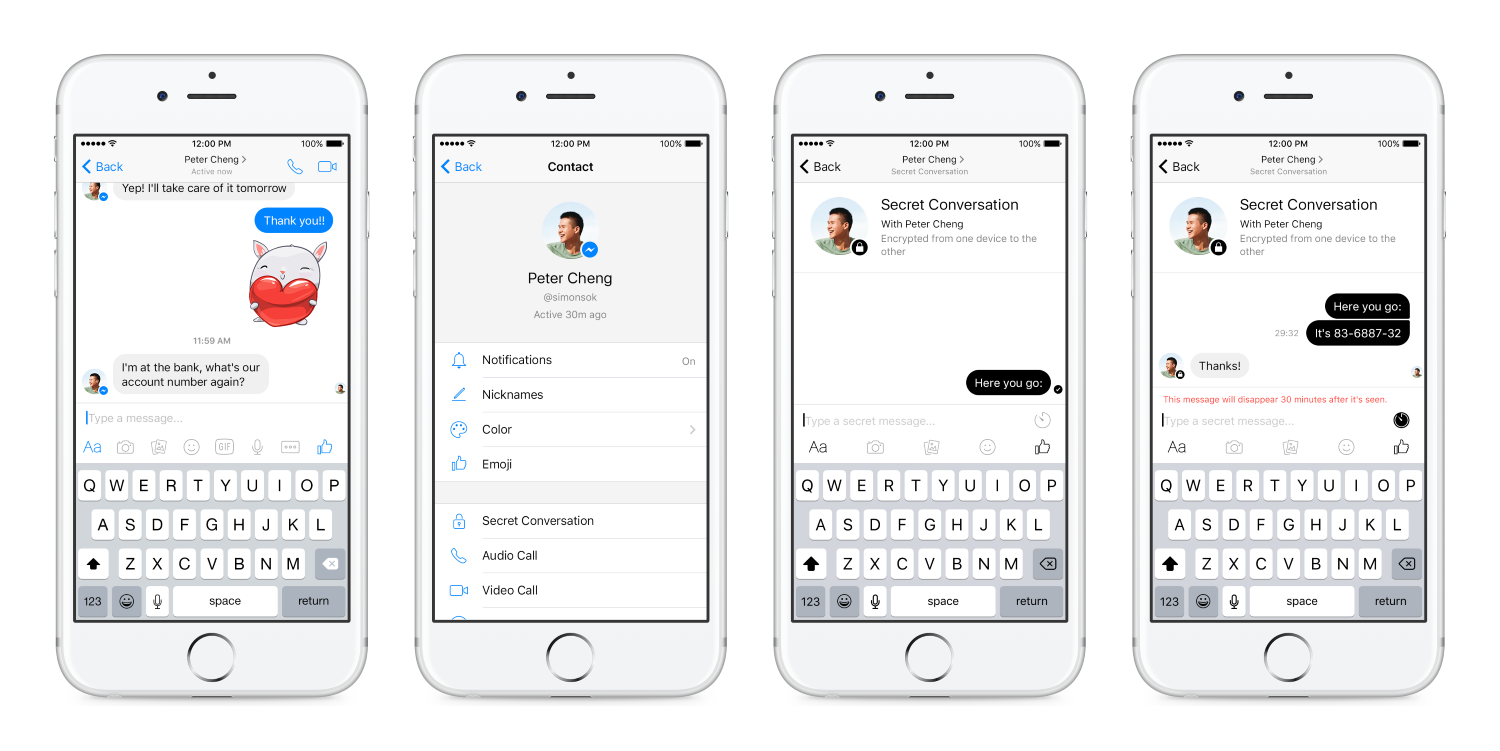 Users can also choose to make their messages “disappear,” Snapchat-like, by augmenting the conversation with a timer that deletes each message as its time runs out.

It’s also worth noting that the secret conversations feature does not currently support rich content such as GIFs, videos, payments, or other popular Messenger features, and that users will still have the option to report abuse.

In a July 8 blog post, Facebook emphasized that messages and calls on Messenger already benefit from secure communications channels identical to those used on banking and shopping websites, in addition to Facebook’s own spam and malware-blocking tools.

However, the company acknowledged that users have requested additional safeguards for certain conversations — such as those discussing an illness or health issue, or financial information, and that Secret Conversations was the result.

The feature is only available on a limited test basis right now, but Facebook plans to roll it out during the summer, measuring its performance and gathering feedback along the way.

Eric Emin Wood
Former editor of ITBusiness.ca turned consultant with public relations firm Porter Novelli. When not writing for the tech industry enjoys photography, movies, travelling, the Oxford comma, and will talk your ear off about animation if you give him an opening.
Previous article
LG survey reveals ‘low battery anxiety’ epidemic
Next article
Mobile marketers must adapt to users, not the other way around, Forrester says