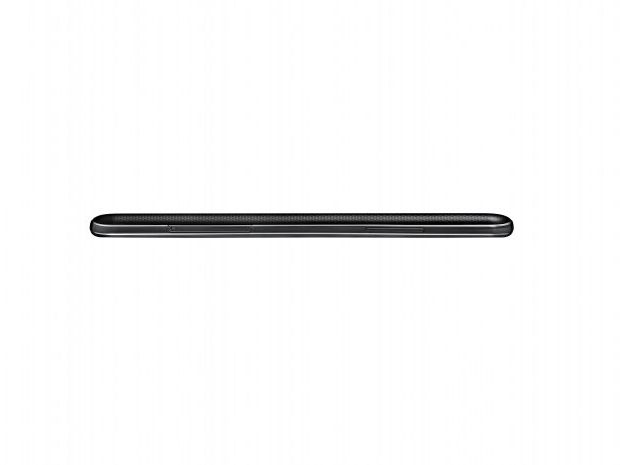 Have you argued with your spouse over unanswered calls or texts? Have you asked a total stranger to borrow a charger? Have you skipped the gym to instead charge up your smartphone battery?

If the answer is yes, you may be a victim of low battery anxiety.

We’ve all felt that pang of anxiety when glancing at our smartphone’s home screen and noticing that red battery icon as the charge dips below the critical 20 per cent threshold. But now LG has gone the extra mile, conducting an online survey of 2,000 smartphone users, living in the U.S. and 18 or older.

The reason behind the survey is clear: LG is marketing its LG X Power smartphone, a 5.3-inch Android device that has a 4,100 mAh battery – about 20-25 per cent larger than your typical smartphone battery. So while the survey has a self-serving element, there’s a ring of truth to it and the results are amusing enough.

Consider these five signs that you could be suffering from low battery anxiety: 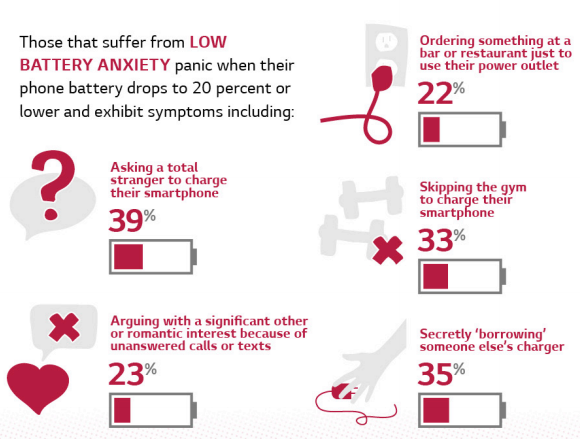 Or contemplate these worrisome behaviours of many smartphone owners:

If LG were to do a survey about smartphone-related anxiety in Canada, perhaps it’d consider stress induced by fear of going over monthly data caps.