For Deena Douara, fear was the catalyst for invention. Walking to her car late one night at a public transit stop, she was faced with travelling up a long ramp in the darkness. Halfway up that narrow path, she saw three men approaching her and she felt an acute moment of anxiety.

“If the worst was to happen, there was no way for me to notify anyone,” she says. “I remember thinking in that moment that there should be something on my phone to help with the situation.”

The moment passed without incident, but Douara has channeled that emotion into an entrepreneurial pursuit. She’s developing a concept for a mobile phone app that could alert authorities if a potential emergency situation arises. Using a placeholder name of “WalkSafe” Douara has completed the Entrepreneurship 101 program at MaRS Discovery District and presented her program to a room of potential investors at the program’s capstone pitch competition.

“I definitely think there’s money to be made,” she says. “It’s something to be profitable enough to keep you going. But the bottom line has to be – are you making women safer? Are you making them more confident?”

Douara isn’t the only entrepreneur – nor the first – to think of turning smartphones into a personal safety alarm. Smartphones are a natural fit to serve as a security device because they can quickly call for outside help, are location-aware, and can even monitor for movement. With the popularity of iPhones and Android devices, more than four out of 10 Canadians now carries a smartphone in their pocket. But while several startups may agree that a personal safety app makes sense, each has a different idea of how to execute it.

While Douara is still in the early stages of planning for her app, Toronto-based Guardly Corp. has been in the market for more than a year now, available on iOS, Android, BlackBerry, and Windows Phone 7. The app allows users to tap a “panic button” that will send an emergency alert to a list of contacts, which can include 911 if needed.

The app was made available for free download for smartphone users, but the business model is more of an enterprise play, explains Josh Sookman, Guardly’s CEO.

“Building an enterprise product takes a lot of time,” he says. “So rather than holding off on being in market, there’s still an opportunity to be in the market and learning from consumers and how they use your app.”

At the beginning of the year, Guardly conducted its first enterprise pilot with OCAD University. Its enterprise product includes a server-side component that gives security dispatchers access to a Web-based dashboard populated with information about incoming callers. Name, number, location, and other situational information could be relayed as soon as the panic button gets tapped.

Having that one tap was an important design decision for Guardly. The app’s creators considered an automatic calling mechanism while in development, but decided against one after consulting with law enforcement and security workers. 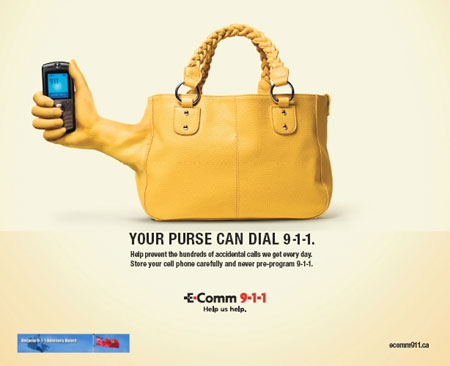 “There was huge push back on that feature,” Sookman says. “They were worried about getting way too many false alarms.”

The number of misplaced calls to emergency services is already on the rise thanks to the ubiquity of cell phones. In April 2011, the Ontario Provincial Police launched a public awareness campaign about the problem of 911 “pocket” calls. It says thousands of pocket dials to 911 are made every day in Ontario, accounting for 10 per cent of all calls to 911. The campaign specifically asks cell phone users not to program 911 in to speed dial.

Mindr Mobile Inc.’s Personal Monitor app does send out an automatic alert – but to friends and family only. The Android app released to Google Play just last month doesn’t allow users to program in 911 as the contact that’s either phoned or texted when a countdown hits zero and the user fails to press a button to stop the emergency alarm.

“Often people find themselves in a situation where they may need assistance but they can’t reach their phone,” says Bob Young, CEO of the Waterloo, Ont.-based firm. “Our app checks on the user periodically at a preset time. So the user can decide what they think their risk level is.”

The user will hear a warning tune played when their timer reaches zero. Then a second, much shorter, countdown timer begins that must be interrupted, or the alert message is triggered. The app sells on a subscription basis, asking users for $2.99 a month to keep the software on their phones.

Personal Monitor has also partnered with the National Council of Women of Canada. The council will be receiving one-sixth of the revenue generated by subscriptions and advertise the app to its members. Council president Denise Mattok plans to buy an Android phone so she can use the app, and says that her diabetic daughter also plans to use it. The automatic alert feature is a good fit for people with chronic conditions or the elderly, she says.

“This is an easier thing than subscribing to one of those services where you press a button if you have a fall and can’t get up,” she says.

While these apps aren’t made specifically for women, the entrepreneurs behind them expect that will be the target demographic. Women are the “more vulnerable sex,” Douara says. Many of her friends have already told her about pretending to be on the phone in a potentially dangerous situation, thinking that a would-be attacker might think twice if the person on the other end of the conversation would be alerted to the situation.

“We’re becoming dependent on our phones to provide a home for all our services,” she says. “So it makes sense for a personal safety device.”

If these apps could help women feel safer while walking through dark transit stops and past looming men in the night, then they will likely make a good business as well.