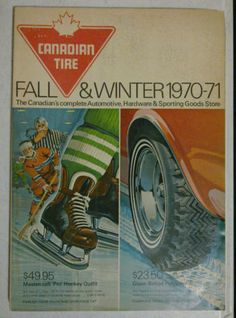 His catalogue – much thumbed, printed on newsprint and frequently stained with axle grease – was a fixture on garage and basement work benches.  But Canadian Tire stopped publishing print catalogues about 10 years ago.

Then last year, CTC introduced the WOW Guide – a re-imagined, 21st-century guide and gateway to online shopping for everything Canadians need for the jobs and joys of Life in Canada.

Far from being a nostalgic throw-back, the WOW Guide is the most ubiquitous symbol of CTC’s transformation into one of the country’s leading e-tailers.  It’s emblematic of a larger digital transformation that earned the firm a nomination for ITWC’s Digital Transformation Awards, being held June 14 in Toronto.

This transformation was initiated in 2012 by CTC’s senior management team and led by CEO Stephen Wetmore.  It has involved a complete modernization of the company’s IT systems and has revolutionized the way the company designs its in-store and online customer experiences.  It has forged new partnerships and unconventional investments that sometimes make CTC look more like a tech start-up than one of Canada’s most venerable retailers.

Since starting its digital transformation journey in 2012, Canadian Tire has hit the following milestones:

CTC’s IT transformation has resulted in not only a more efficient footprint for its operations – 200 new VBlock servers occupy the same space as just 50 of the retailer’s own servers and have six times the memory and twice the processing power – but real business benefits. Its seen eCommerce transactions more than double since its WOW Guide launched in Spring of 2016, combining a 200-page print catalogue with a digital component through a mobile app.

Other wins include eliminating a cumbersome quote process when selecting vendors by creating a short list that are easy to select. There have also been new flagship locations launched with cutting-edge technology that gives shoppers an entirely new experience.