Our judges were flooded with nominations for women mastering the fintech and blockchain space in their own ways. They managed to shorten that list down to 12 honourees.

Hilary Carter, vice-president of research at The Linux Foundation

Few people are more knowledgeable than Hilary Carter about the real-world applications of blockchain technology. In her previous role as managing director at the Blockchain Research Institute, she helped launch and administer their research program in 2017 and over four years, the institute produced more than 100 research projects exploring how blockchain technology was changing the private and public sectors. Carter is adamant those applications, especially in the finance world, are ramping up.

Anne Connelly is an entrepreneur and faculty at Singularity University and SU Canada, which is part of a global organization that offers executive educational programs. Connelly says the world has seen only one per cent of blockchain’s full capabilities in the real world. Expect that number to go way up.

Connelly says Canadians should bet big on digital currencies, describing cryptocurrencies like Bitcoin and Ethereum as the future of money and decentralization. 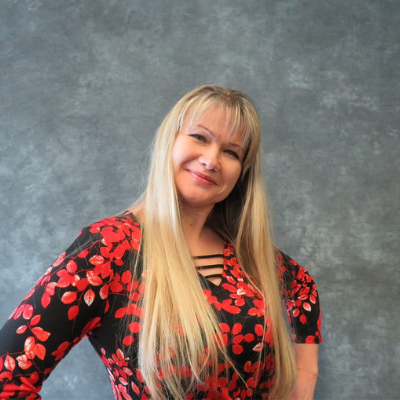 The financial sector is packed with talented startups craving for attention. Just ask the CEO and co-founder of educational non-profit CryptoChicks.ca, Elena Sinelnikova.

Sinelnikova has an extensive background of developing enterprise software solutions for government and law enforcement industries. She holds a Master of Computer Science degree and her specialties are in blockchain, cybersecurity, and full-stack programming.

There is a ton of pressure facing Canada’s big banks to innovate, and as smaller fintech startups emerge to fill some of those gaps, it becomes increasingly difficult for startups to stand out.

A lot of that startup talent is led by women with great ideas, and Sinelnikova encourages any entrepreneur going through the startup life to lean on her for help.

Amy ter Haar, lawyer from Templeman, says everyone should buckle up for serious change when it comes to how they handle their finances.

ter Haar says the swell of interest in cryptocurrency and impressive capabilities on display from burgeoning fintechs is putting a lot of pressure on financial institutions to keep up.

For Christine Day, helping lead a relatively small and “scrappy” online brokerage such as Questrade compete against the country’s financial juggernauts means she has to live on the bleeding edge.

That scrappiness has helped Questrade become a registered investment dealer, a member of the Investment Industry Regulatory Organization of Canada (IIROC) and a member of the Canadian Investor Protection Fund. Big banks are well-aware of the activity in the fintech space, but according to Day, Questrade’s chief information officer, their focus lies elsewhere.

Our next honouree is a partner in the financial services regulatory group at Blake Cassels and Graydon. Bonny Murray has significant experience liaising with federal and provincial regulators about complicated matters such as compliance issues, regulatory approval applications, and corporate mergers and acquisitions. Murray has a unique perspective into the financial services and payment space and says traditional banking infrastructures are experiencing a serious shakeup.

Murray says the regulatory world is pretty small from a legal point of view in Toronto. But she gets a front-row seat to the innovation happening in the fringes and says she’s had excellent mentors help her along the way.

Ellis Odynn, the executive director and chief AI officer at the Digital Finance Institute, says big banks have made enormous strides in recent years to keep up with consumer demand and expectations. The institute is a think tank located in downtown Toronto and is tapped into local and global trends tied to fintech, AI and blockchain

Odynn says the swell of interest in cryptocurrencies like Bitcoin and Ethereum is only the tip of the iceberg.

Her areas of expertise span financial services, supply chain, and public sector domains. She previously held the Global Blockchain Innovation Lead role at Accenture, and prior to that co-founded Rubix and was the Blockchain Strategy Leader at Deloitte Canada. The intersection of blockchain technology and identity management is one that people should pay close attention to, she says.

Valiente says she expects blockchain to not only further creep its way into our lives through the finance sector, but unlock opportunities for underserved communities with little or no access to financial services.

Ly Nguyen is the Canadian Blockchain Practice Build lead at Accenture. In her current role, Nguyen is responsible for driving growth within the Canadian blockchain practice through strategic engagements with clients across industries.

The next honouree in our lineup hails from AML at Outlier Compliance Group. The company’s founder, CEO and chief AML Ninja Amber Scott says there’s never enough pressure on the big banks to innovate, and is inspired by companies like Wealthsimple and Mogo that are helping bring often out-of-reach financial services to the average citizen. She says she’s also inspired by the impact of early forms of digital currency.

Scott is passionate about ethical and legal compliance. Her obsession with understanding the risks and devising actionable solutions has lead her to work in the financial services industry as well as with Canadian accounting and consulting firms. In 2013, she founded Outlier Solutions Inc. to provide anti-money laundering (AML) solutions to Canadian reporting entities. The idea of a permissionless, decentralized platform that everyone can participate in, Scott says, is something everyone can appreciate.

Speaking of WealthSimple … its director of regulatory research and development is our next honouree. Hanna Zaidi says there’s actually still a long way to go before we actually start using emerging technologies, like blockchain, to their full potential in the financial sector.

She says there’s a huge increase in decentralized finance products outside of the traditional incumbent space.

Rounding out our list of honourees is Tanya Woods. The general counsel and executive vice president of regulatory affairs for Hut 8 Mining Corp. Hut 8 is a cryptocurrency mining company focused on mining bitcoin. The lucrative benefits of mining bitcoin are obvious despite its unpredictability on the market, but that doesn’t deter Woods from being a fan of cryptocurrencies.

The underlying technology that’s powering these cryptocurrencies is equally exciting. Woods is adamant that transparency and the verification capacity that it brings to internet transactions in the digital space.

Ottawa CEO Francoise Gagnon on leadership, scaling up, and women in STEM