Can a Chromebook replace a Windows PC? A week with the Google Pixelbook Go

When Google announced the Pixelbook Go at its Made by Google event in October, I was too enamoured with the Pixel 4 to pay it any attention. In an equal mix of familiarity and habit, I’d never given other operating systems a thought. Sure, I’ve dabbled in Linux, have an old Macbook Pro for backup, and have had fleeting exchanges with Chromebooks.

But when I needed to get work done, I’d always turn to my Windows machine.

I’ve been an avid PC user for as long as I can remember. Throughout the years, I’ve handled a manifold of Windows devices from the corpulent to the sleek, from the robust to the minimalist. Regardless of their specs, they’ve all shared one constant: the Windows operating system.

Maybe it’s due to Chromebook’s reputation as a budget alternative to PCs that I’ve never considered them as fully-fledged workhorses. At best, they belonged on a highschooler’s folding desk, or on the countertop of a convenience store.

When I received the Pixelbook Go, however, I decided on a challenge: one week, no PC, just the Chromebook.

What enticed me about the Pixelbook Go was its weight, display, and keyboard. At 2.3 pounds, it’s significantly lighter than my Lenovo T450 work laptop. Its 13-inch IPS display is also an ideal size for travel and sports a touchscreen to boot. Despite being 1080p, the screen boasts crisp colours and sharp details.

Also impressive is its fantastic keyboard. Key travel is shallow but has nearly-perfect tactility. And unless I hammered the keys, they’re virtually inaudible from a couple of meters away, making them suitable for quiet library study halls.

Google’s definition of budget is most people’s high-end. The Pixelbook Go starts at CA$849 for an Intel Core m3 processor, 8GB of RAM, and 64GB of storage. Bumping the processor up to an Intel 8th-gen Core i5-8200Y kicks the price up to CA$1,149. For a family of devices that focuses on value, the Pixelbook Go’s pricetag contradicts its heritage.

Nevertheless, its build quality is indisputable. The chassis is forged from a single sheet of metal and feels exceptionally solid. Its glossy display is covered with glass from edge to edge. 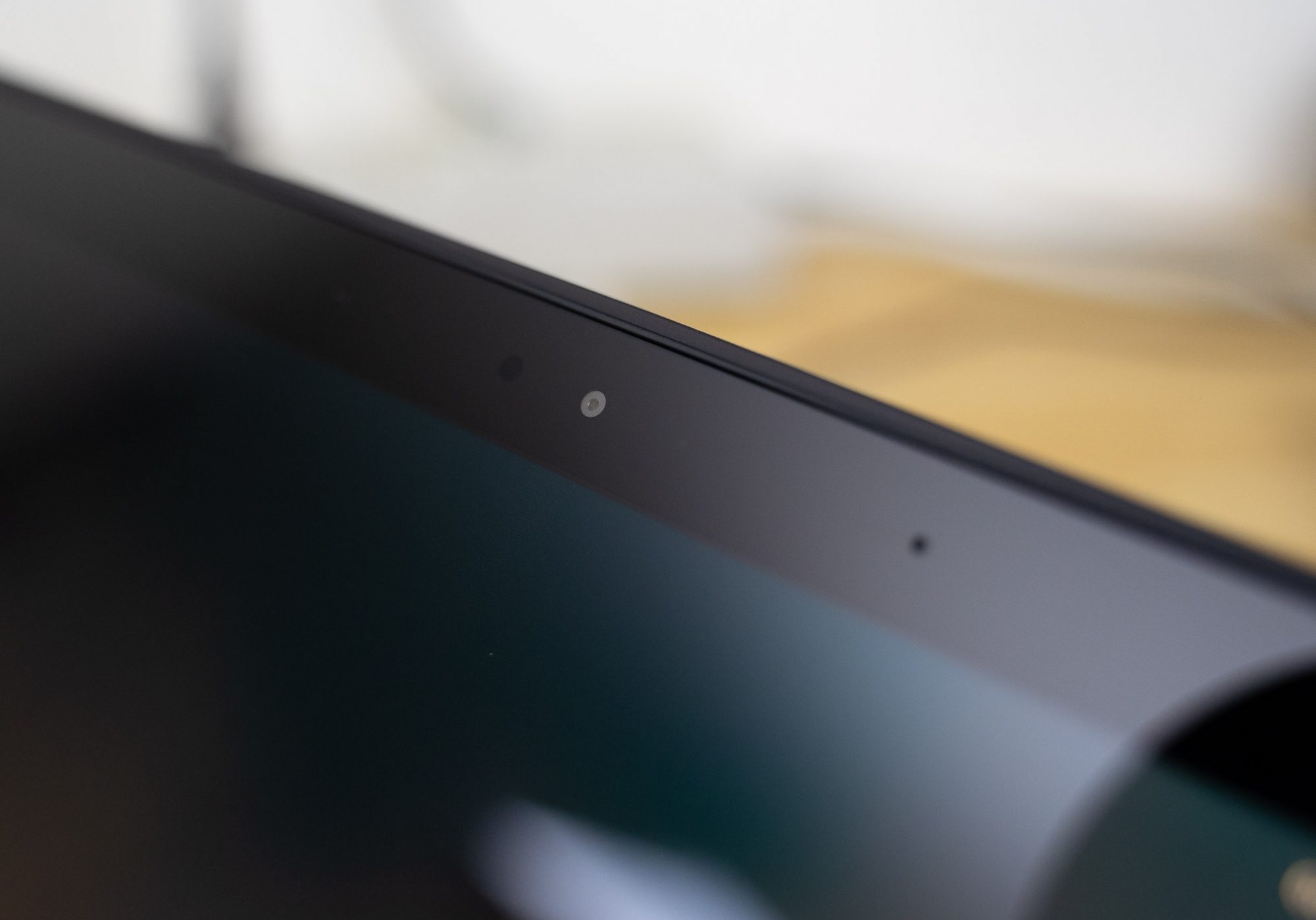 Things were a bit awkward at first. The lack of the Windows key forced me to reprogram my brain to forget a few Windows shortcuts and learn some new ones. When my normal workflow returned, I zoomed in on the functions.

Since journalists at IT World Canada work predominantly with Google’s G-suite, we rarely digress from the browser. The Pixelbook Go was perfectly adequate in that regard. My review unit, which contained an Intel Core i5-8200Y processor, 8GB of RAM, and 128 GB of storage, was far from lethargic in creating stories, sifting through emails, and managing multiple social media accounts. Things were looking good.

And it got even better when I enabled device linking. Connecting an Android phone to the Pixelbook allowed me to answer text messages through either device. Their communion reduced the frequency at which I picked up the phone and thus, reduced distractions.

The Pixelbook Go’s (as well as all Chromebooks’) marquee feature, however, is Google Play Store support. If an app exists in the Google Play Store, then there’s a good chance that you could run it through a Chromebook. Mobile-exclusive apps like Instagram and Feedly are a couple of highlights.

With that said, I did notice great inconsistencies in display compatibility. Some apps had no trouble expanding to full screen, while others couldn’t break out of their mobile forms. Most of these apps are assistive to my daily needs and aren’t necessary.

Chrome OS is also incredibly lightweight, which renders it lightning-fast even compared to the best Windows machines. It took a mere four seconds to reach the login screen from the time I pressed the power button.

In terms of standard features, Chrome OS has me covered–except for Windows app support. Though I worked from the browser 90 per cent of the time, I leaned on Adobe Lightroom for photo editing. Google’s Play Store offered a bare-bones mobile version. It’s sufficient for basic editing, but for more complex photo tricks such as HDR merge and robust image compression, I need the full version.

Remote desktop solutions are plentiful and exist at every price range. Google even offers the free Google Remote Desktop Chrome extension that allows two devices to communicate under the same Google account. In addition, Citrix, Teamviewer, and most prevalent remote desktop apps all have their own extensions for Chrome OS. And since most of them can be set up in seconds, it’s incredibly easy to turn a Chromebook into a thin client.

Remoting into my main PC mitigated most of my software woes, but its glaring flaws are hard to overlook. First, the host machine needs to be up 100 per cent of the time. If it chokes while you’re away, you’d better hope your cat knows how to troubleshoot a PC. Internet connection quality is another problem. In addition to demanding high bandwidth, high latency can also hamper workflow.

That leads me into the biggest downfall of the Pixelbook Go: no LTE compatibility. For a device that heavily relies on cloud services, you’d think it’s essential to support a SIM for mobile data. Granted, WiFi hotspots are widely available and an LTE modem would have likely driven up the cost even more, but it would be much nicer to have that option.

I must admit that Chromebooks are no longer cheap compromises over Windows PCs. Their plethora of features and apps were more than enough to keep me entertained and stay productive.

In conclusion, I can confidently recommend abetting your roster of existing devices with a Chromebook, especially if you value weight, battery life, and saving money. If the Pixelbook Go and its premium features are too ostentatious, there is an abundance of affordable Chromebooks available. 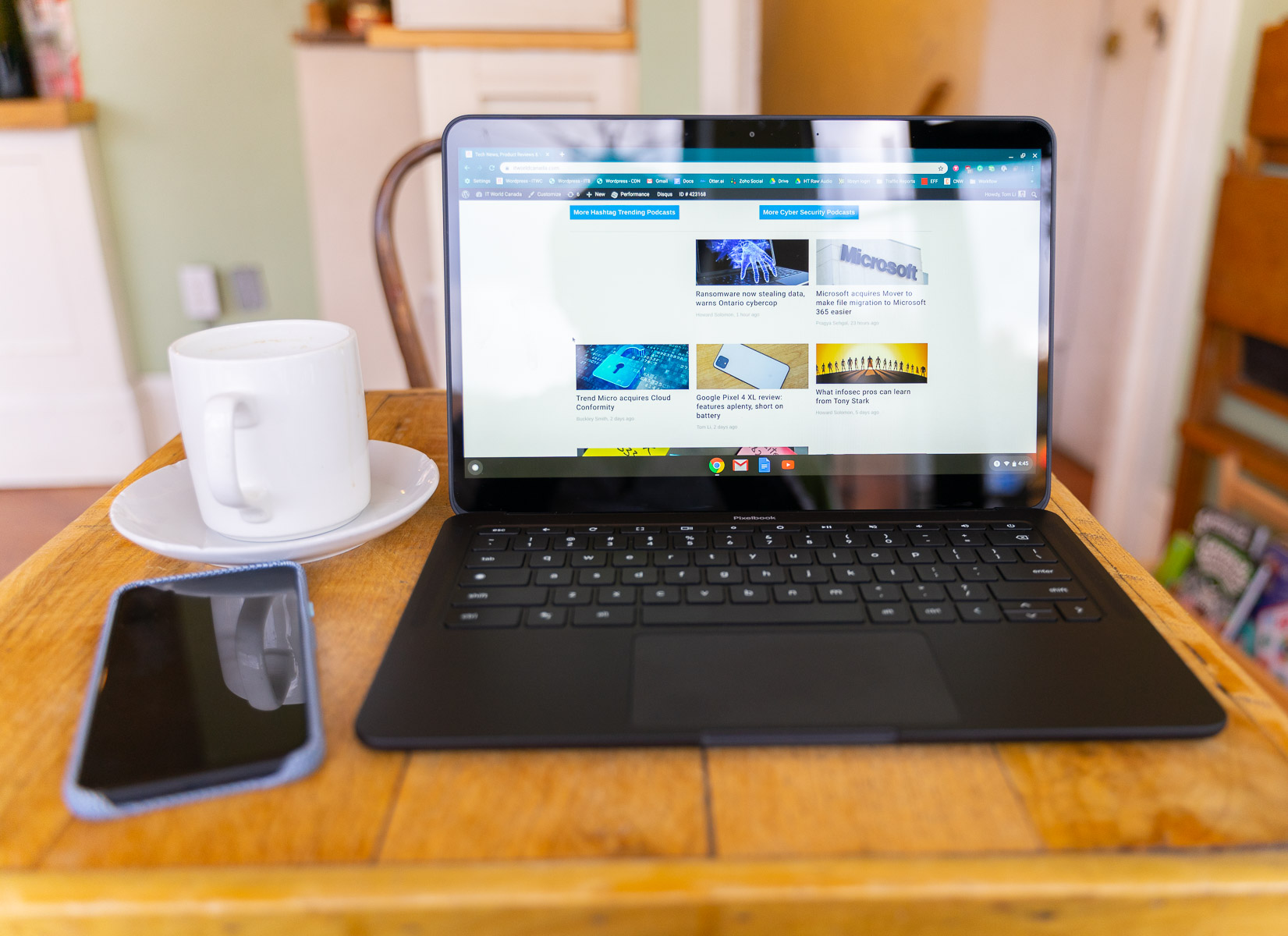 With that said, it doesn’t yet have all the functionalities to make it a full Windows replacement. All the counter-arguments against its lack of Windows app support still stand. Remote desktop is a solution worth considering–and it works well most of the time–but running apps locally is critical when WiFi is spotty. The Pixelbook Go itself is a fantastic device, although it fails to include LTE support.

Tom Li
Telecommunication and consumer hardware are Tom's main beats at IT Business. He loves to talk about Canada's network infrastructure, semiconductor products, and of course, anything hot and new in the consumer technology space. You'll also occasionally see his name appended to articles on cloud, security, and SaaS-related news. If you're ever up for a lengthy discussion about the nuances of each of the above sectors or have an upcoming product that people will love, feel free to drop him a line at [email protected]
Previous article
Canadian businesses lagging in network innovation to support digital transformation, says Cisco report
Next article
Hashtag Trending – Facebook rebrands; Ontario classroom cellphone ban starts; Google stays silent on political ads