Basketball through the virtual reality lens 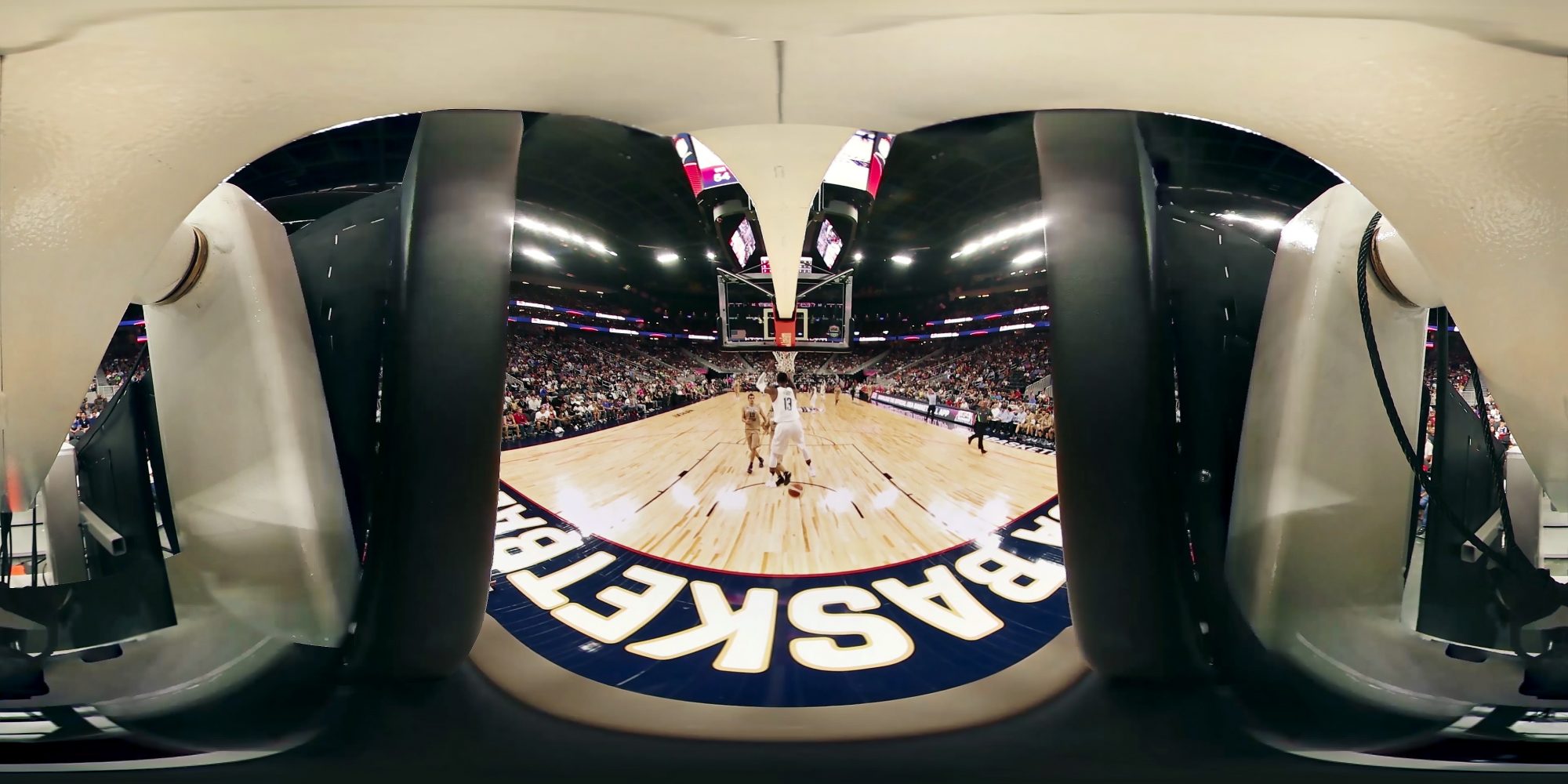 Basketball is a great spectator sport that plays well on TV. But imagine watching your favorite players through the virtual reality lens.

Samsung Corp. is making it possible for fans to do exactly that. Samsung launched a new series on Thursday called Chasing the Dream, which is providing an immersive look at the game of basketball through virtual reality.

Chasing the Dream features players from the USA Basketball Men’s National Team, including Klay Thompson and Paul George, providing the players’ perspective in the weeks leading up to the Rio 2016 Olympic Games.

Team USA has made more headlines for their ultra-luxurious accommodations in Rio than their play on the court. The cruise liner is called the Silver Cloud, a 514-foot boat with close to 200 private cabins, docked at Pier Maua in Brazil.

Now Team USA has managed to go undefeated in the tournament so far and will face Spain in the semi-finals with the winner (more than likely Team USA) going to the Gold medal final.

The Ridgefield Park, N.J.-based Samsung is the “official smartphone sponsor” of Team USA Basketball and its goal with virtual reality is to be the “center of culture” by pushing the boundaries of what’s possible with technology and exploring new frontiers such as virtual reality.

Marc Mathieu, Samsung Electronics America’s chief marketing officer, said he was thrilled to work with the NBA and USA Basketball to give fans an immersive, behind the scenes look at what it takes to be an athlete competing for Team USA in the Olympic Games.

The content will live exclusively within the Samsung VR app, Samsung’s premium virtual reality content service. Users can access the Samsung VR app through Samsung Gear VR-powered by Oculus, through the mobile app or online at Samsungvr.com.

The series is the second part of Samsung’s Beyond the Frame program, which creates and curates content and features from some of the most influential creators in the field of virtual reality.