Is that an AI in your pocket or are you just happy to see me?

After all, there are far more consumers than there are enterprise employees. Technology companies tend to pursue success in the general marketplace rather than struggle to find adoption in the enterprise (which becomes far easier once consumers have decided to love you and your products).

While we’ve witnessed this with mobile technology, social media, and collaborative tools, will the same thing happen with artificial intelligence and cognitive computing?

Certainly on the surface, AI and cognitive computing appear to be built for the enterprise. They tend to rely upon “big data,” require a high level of expertise (data scientists), and come with a hefty price tag. Yet perhaps it is for these same reasons that the consumerization of AI may be the path of least resistance when it comes to seeing this technology adopted by the enterprise.

While the early development of artificial intelligence may have been driven by large companies, the current breakthroughs in AI are driven by consumers and consumer data. Google, Facebook, Amazon, Apple, and Microsoft, five of the leading AI companies, are all consumer facing and focused. Their respective AI technologies are being trained and honed using consumer data and consumer interaction.

For example, Facebook’s fantastically accurate facial recognition was developed in part using the billions of photos Facebook users upload to the site. Similarly Google’s PageRank and image search are driven by their users’ trillions of queries. AI in its current iteration requires a lot of training, a lot of data to help these systems learn and adapt. This is where consumer-facing applications have an advantage in scale that most enterprises cannot compete with.

Similarly, it may very well be consumers who drive AI adoption in the enterprise. As one of the most tangible and practical AI applications presently is that of the Intelligent Assistant. Whether Apple’s Siri, Microsoft’s Cortana, or Google Now, our addiction to our smartphones mean that these instances of personal AI already occupy a privileged and high profile position.

However it’s Amazon’s Alexa that is particularly poised to become ubiquitous and essential to our everyday efforts to survive in a digital society. Just as Google’s Android displaced Apple’s early dominance of smartphones, Amazon’s Alexa threatens to do the same with regard to intelligent assistants. Quite like Android, Alexa has been made available to anyone who wants to use it. This includes developers who can extend Alexa’s abilities (re: skills) but also manufacturers who wish to embed Alexa within their own products.

At CES 2017 in Las Vegas, Alexa was spotted installed in refrigerators, laundry machines, lamps, watches, clocks, cameras, TVs, air purifiers, robots and vacuums. Cars too will feature Alexa, as both Ford and Volkswagen have announced plans to integrate Amazon’s intelligent assistant into their vehicles. By the end of 2017 there’s a high likelihood that Alexa will be part of your life, answering your queries, and maybe helping you manage your increasingly smart home.

Will this usher in a new era of voice first technology? Will our relationship with computers become verbal? That certainly depends. Will users be satisfied with a single response to a search query? Do you always click on the first link in search results (feeling lucky)?

It depends on how accurate or responsive these intelligent assistants will be. Thanks to AI, their ability to understand us is increasing by leaps and bounds.

Certainly, their ability to understand and transcribe speech is an example of where and how intelligent assistants could find a home in the enterprise. After all, not everyone can type as fast as they talk (or think). The ability to verbally dictate a report or paper is something that has appealed to many but has not really been possible to those who cannot afford to pay the salary of a human assistant. Thanks to AI that has changed, and now such capabilities are in the pocket of most smartphone owners.

Yet it’s not just the ability to have your computer automatically write what you say. Intelligent assistants have the potential to make our working lives easier. It could help us manage our overflowing email and sprawling messenger apps. It might even make meetings easier, more efficient, and less time consuming.

On an individual level, there are all sorts of reasons as to why someone who uses this technology at home might see its value in the workplace. However on an organizational level, will voice first services scale? Or will they unleash a new era of office cacophony?

After all, many workplaces have adopted open concept offices or floor plans. These were done on the assumption that workers would be quietly typing into computers. What happens if they all start talking (all at once)?

On the one hand, they depend upon an intimate level of access to the user, learning as much as they can about that user’s needs. On the other hand, an enterprise often requires or desires a level of confidentiality that would regard the intelligent assistant as a potential vulnerability. For example, will the next level of phishing attacks see the intelligent assistant as a gateway into the enterprise? Maybe not, though the security implications are certainly there.

The consumerization of AI is definitely something that enterprises will have to deal with. Before many companies have the chance to really understand how AI will impact their business, their employees will have already developed a relationship with AI, via their intelligent assistants, and that relationship will certainly impact how the enterprise assess and adopts the technology.

While Amazon’s Alexa is the early leader, Facebook’s as yet unnamed intelligent assistant is the one to watch out for. The company has declared their intentions to provide one, and given their already intimate relationship with their users, it’s safe to bet that their intelligent assistant will have a remarkable ability to become an essential part of people’s lives.

Further, Facebook’s ability to spy on people is legendary. What will this mean in the enterprise? Facebook is eager to get into the market for enterprise networking, communication, and collaboration. Perhaps its intelligent assistant will be their means to do so.

This is the first in the Exploring the Futurescape series written by broadcaster and commentator Jesse Hirsh. You can reach Jesse on Twitter @jessehirsh 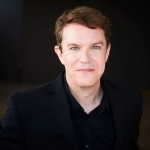 Jesse Hirshhttp://jessehirsh.ca
Jesse Hirsh is a researcher, analyst, and public speaker based in Toronto, Canada. His research interests focus largely on the intersection of technology and politics, in particular artificial intelligence and democracy. He recently completed an MA at Ryerson University on algorithmic media. He's presently spending time at the IBM Canada Innovation Space, researching and writing about cognitive computing.
Previous articleHelp us tell your story of digital transformation, not the story of your disruption
Next articleIBM and Bell partner up for enterprise mobility in Canada

VR and AR will thrive in the enterprise