With a slew of product announcements at the 33rd annual Computex Taipei Design and Innovation Awards this week, there has been a lot of interesting gadgets forthcoming, including some from Acer America Corp.

Acer scored five Design and Innovation awards at Computex, including one for the Acer Aspire S7-392, which netted a win just as it debuted at one of Asia’s biggest tech trade shows.

We spoke to Eric Ackerson, senior product marketing and brand manager at Acer, to learn more about the hardware maker’s products when they were announced at Computex.

While Ackerson couldn’t give specific availability dates or prices for most of these products, he said he expects them to arrive in the U.S. at the end of July.

Until then, here’s our roundup of four new products from Acer coming our way. 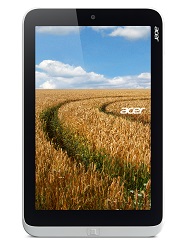 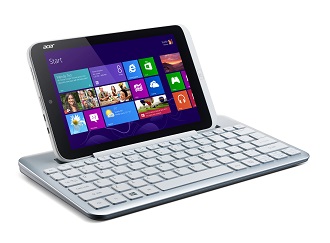 As the world’s first eight-inch tablet featuring Windows 8, the W3 has been touted as a good option for both work and school. It comes with a pre-installed full version of Microsoft Word and weighs in at about 1.1 pounds.

The tablet also has an HD display, with 720p video playback, as well as ports for micro-HDMI and micro-USB.

“This is a tablet, but it still has the full functionality of a PC,” Ackerson said. “The W3 is a tablet that is using the Atom [processor[ which is certainly no slouch. In fact, the architecture is greatly improved over previous generations.”

He added that enterprise users will love the W3’s backwards compatibility feature, which means it will work with existing software businesses already have installed on their networks.

“So if an enterprise has a very powerful database program they’ve been using for a while, customer management software they’ve been using, it’ll work on this device. If they have homegrown software, or software they’ve had developed specifically for them, it’s probably on an older version of Windows than Windows 8, and it will still work on this device … This is a PC in your hand, so it’s pretty awesome.”

Starting at about $379, customers can also pick up a keyboard for an extra $80. 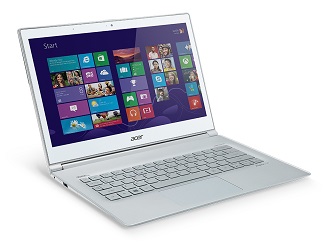 Although the Acer Aspire S7-392 just debuted at Computex on June 3, this ultrabook has already scored one of the show’s Design and Innovation awards.

The S7-391 only came out in October, but the S7-392 has been touted as a step up from its predecessor. Coming in at 13.3 inches, the improved version has an electroluminescent backlit keyboard and uses Acer TwinAir cooling with a fan, making it less noisy.

Add in an Intel Corp. Haswell chip, and this ultrabook packs a lot of battery power, said Ackerson.

“One of the key improvements is battery life. It’s just a much more efficient design,” he said. “A finished product using the Haswell architecture will benefit from better battery performance and better usefulness performance … the ability for the processor to calculate is greatly improved … that’s what end users are going to see.”

The new incarnation of the Aspire S7-392 is also protected by a Gorilla Glass 2 cover, comes with a fourth-gen Intel Core processor and uses wireless display technology, allowing users to switch the tablet’s display onto compatible screens. 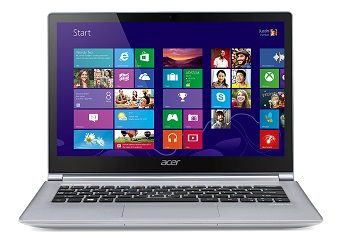 As another Acer ultrabook offering, the Aspire S3-392 comes in at 13.3 inches, with a 1080p full high-definition display with in-plane switching technology. Like the S7, it also has wireless display technology and a Haswell chip, prolonging its battery life. 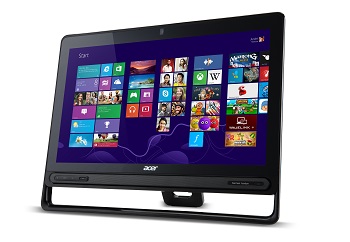 With a 23-inch full high-definition display, in-plane switching and 10-point touch technology, this all-in-one PC also comes with Harman Kardon speakers and a chassis that can be rotated and moved around.

The Z3 has mostly been aimed towards the consumer sector, but that doesn’t mean this PC wouldn’t have its uses for SMBs, Ackerson said. Many smaller businesses like doctors’ offices, mechanics’ garages or retail stores might appreciate the simplicity of using an all-in-one system, he said.

He added that although many have predicted the death of the PC, Acer will still be creating PCs for homes and businesses. However, Acer has made some changes, choosing to incorporate some features of the mobile market into desktops. For example, the Z3 shares some common traits with ultrabooks as it uses an integrated motherboard and CPU.

“The marketplace is changing, but the desktop is still strong,” he said. “I do have hallway conversations with my peers … I think consumer expectations are changing even from what they want in a desktop, and now with the increasingly available and affordable use of cloud storage, even the storage needs of a desktop are changing.”

“There is certainly a big upswing in portability, not just in tablets but also in mobility with notebooks as well … but by no means are we stepping away from or reducing our efforts on the desktop side.”

Candice Sohttp://www.itbusiness.ca
Candice is a graduate of Carleton University and has worked in several newsrooms as a freelance reporter and intern, including the Edmonton Journal, the Ottawa Citizen, the Globe and Mail, and the Windsor Star. Candice is a dog lover and a coffee drinker.
Previous articleTwitter’s Vine comes to Android
Next articleWhat to know about Facebook’s verified pages