A number of articles have previously been written here on ITBusiness.ca about 3D printing. Today we take an in-depth view of 3D printing from an inside perspective.

Nestled in a non-descript building near Spadina and Queen, which also includes Toronto-based startup Trendhunter, is an office with five start-ups. In the corner of this third floor office sits the founder of Draft Print 3D, Andre Tiemann. Surrounded  by three 3D printers, Tiemann may as well be printing money.

Tiemann explains that 3D printing is an additive process that converts three-dimensional digital CAD files into real world physical objects. “There are several techniques involved but at the end of the day it’s about placing material down in a pre-programmed fashion, one layer at a time.” 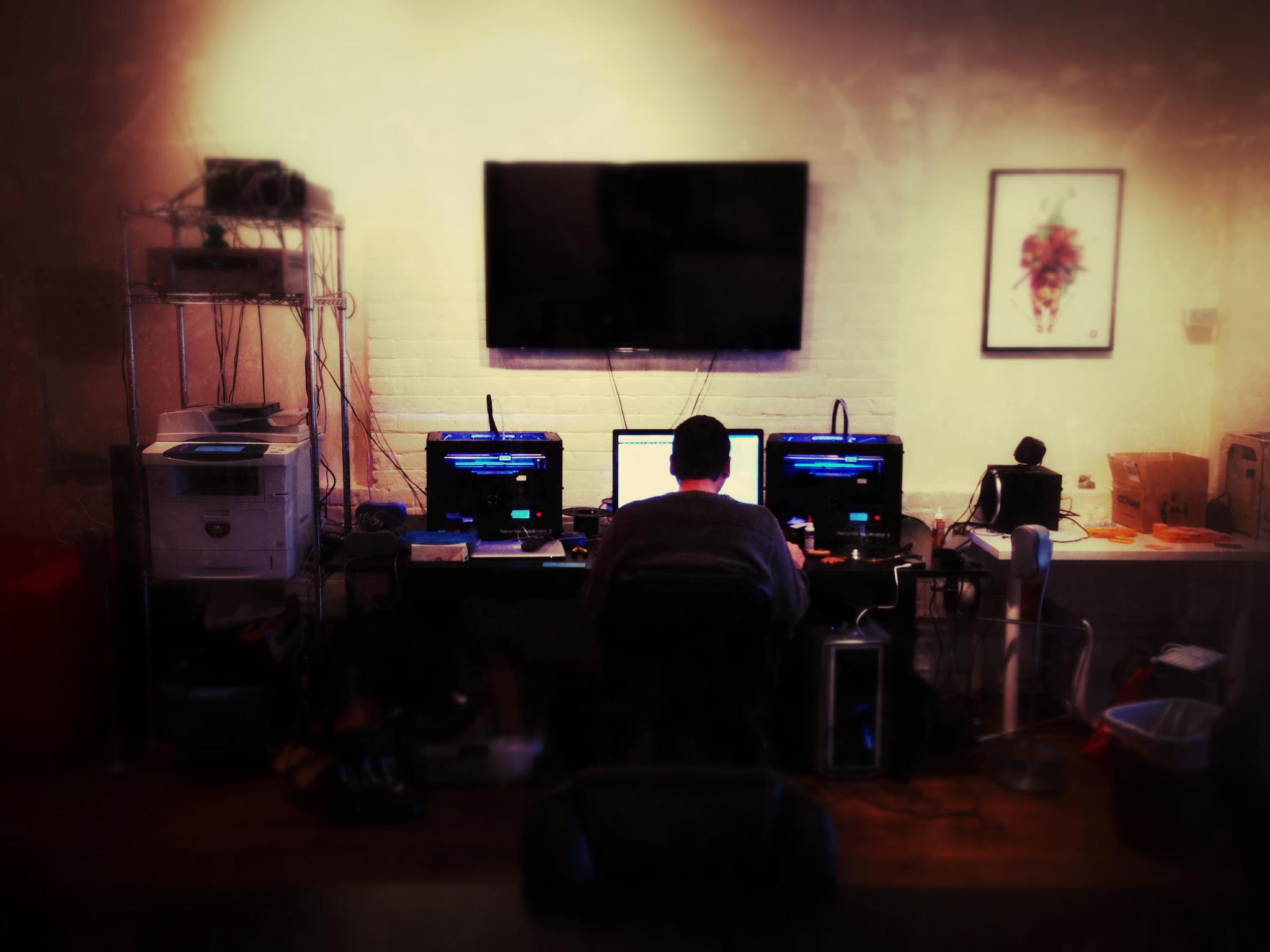 Tiemann isn’t a techie by trade. In fact, he comes from the traditional printing industry. Immediately prior to starting Draft Print 3D, Tiemann was dutifully employed at a traditional print centre in Toronto that specialized in large format printing. They also had two high-end 3D printers at their head office. which got Andre thinking about the future applications afforded by the technology.

Soon enough Tiemann and a friend started to do some research and found instructions online on how to construct their very own 3D printer. That was in 2011. At the same time, Tiemann paid close attention to the clients at his day job.

“Their prints were primarily prototypes or display pieces of varying complexity,” says Tiemann. “Through it all, however, the one constant I heard from customer service and sales reps was that it was hard to sell the technology because of the staggering costs associated with the high-end machines.

“This is where I began to see potential in the ever improving prosumer 3D printer market. I realized not everyone that was ordering prints needed complex shapes or required a plethora of material options. The machine (we) built, along with similarly priced pre-built options available, was fully capable of producing high-quality and sturdy parts, to spec, for a fraction of the cost.”

Tiemann explains that his company isn’t targeting car companies or film studios with seemingly unlimited budgets. “Our focus is on the small architectural firm, the forward thinking artist or student on a budget. While it’s true that we can’t print everything,” he explains, “we can print a lot for a lot less than the other service centres found in Toronto today.”

In the news there has been two recent developments that have created distinct arguments about the perils and the opportunities of 3D printing. The first was the 3D printed gun called the Liberator. The second was the splint that was printed that has helped an infant breathe on his own. For every instance that someone tries to print a gun, there are hundreds of stories about innovations in a wide range of fields at research centres around the world. ”

Whether it’s printing moon bases, human organs, cars, dresses or hamburgers, there is a team of researchers working on it somewhere,” Tiemann says.