Greetings from CES 2019! With over 180,000 attendees expected and more than 4,500 vendors, one thing for sure, it is larger and anticipates more attendees than last year.

The first event for the media was CES Unveiled where about 230 of the exhibitors put on a special show for the media. One thing that was different from the years before is that some of the largest companies were represented there like HP, Motorola and Dell. But as always, the big companies get major press coverage – I prefer to focus on the smaller ones.

Here are the top five interesting (read unusual) products from the CES Unveiled which caught my eye and imagination. All cited prices are in USD.

1. Mui can be best described as a nice piece of wood displaying information (weather, thermostat, VM) once you touch it.

It’s a 27”x 3″ piece of wood that is touch activated. It is advertised as “The Natural Wood Interface To Your Digital World”. It reminds me of post-it notes we used to leave for family members, but of course, this is a lot more than that. It is connected to the cloud, has access to all the information on the web, and features a microphone and speakers to allow for messages. At $999, it seems a bit expensive for the functionality it provides. 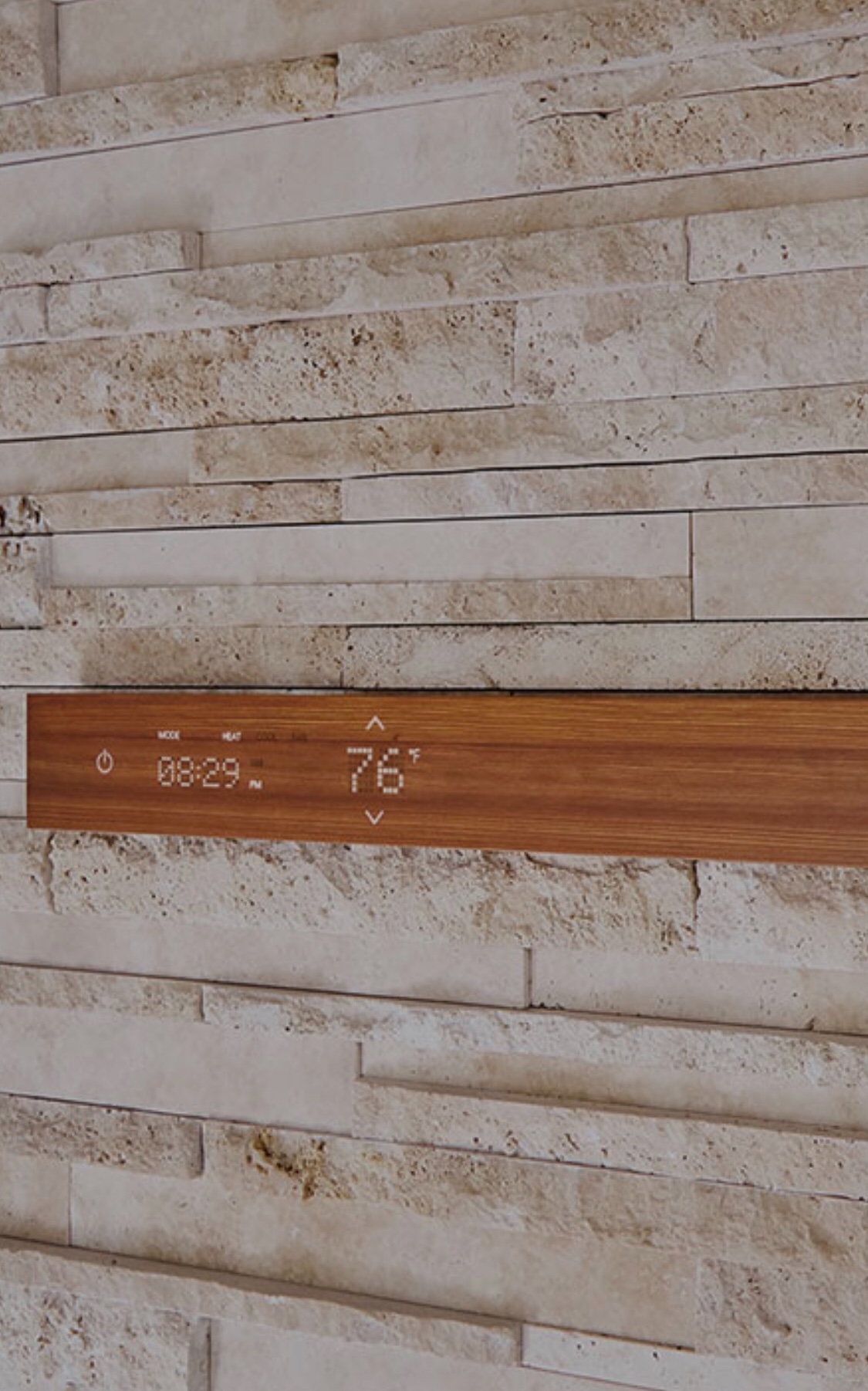 2.Woobo is a smart “companion robot for kids” ages 4 to 8. It is a child’s version of Alexa, with 4gb of storage, it is wifi connectable and rechargeable.

It answers questions, reads stories, does role-playing (for example, “Want to be an astronaut? Let’s pretend!”). Woobo also helps with tasks like toothbrushing, and through the app, parents can communicate with their child. It is about the size of a small pillow, costs $149 and is available now on Amazon. 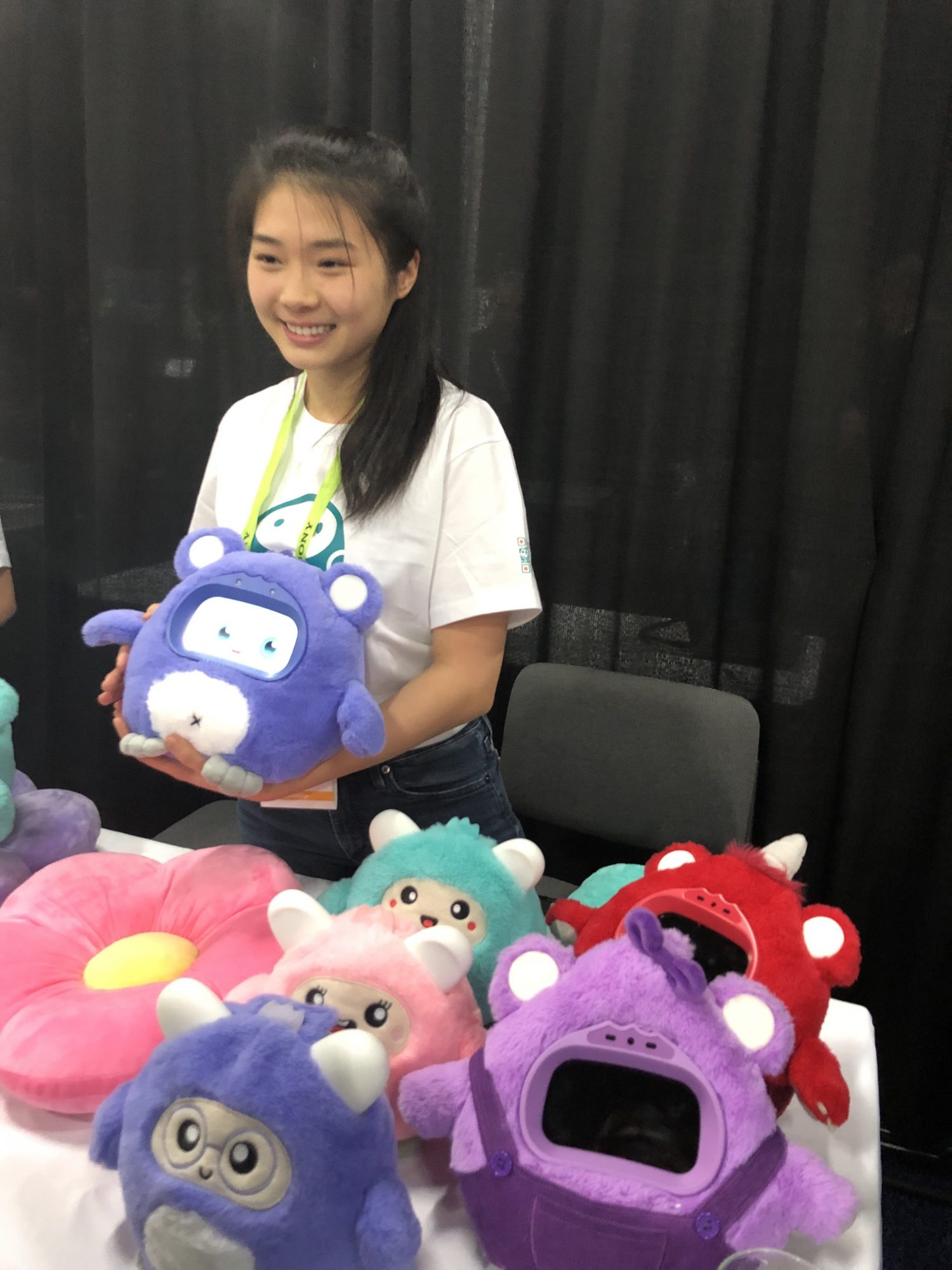 3. The Ecovacs DEEBOT OZMO 930 looks like the iRobot vacuum cleaner but it vacuums and (wet) mops.

It uses what it calls “adaptive floor sensing technology” that will change its cleaning pattern depending on whether it is in vacuuming or mopping mode, all without human intervention. It has a camera with AI features, recognizes objects like socks and shoes and goes around those items. The battery can last for 100 minutes before it needs to be recharged. It will be available June or July at a cost of around $1,000. 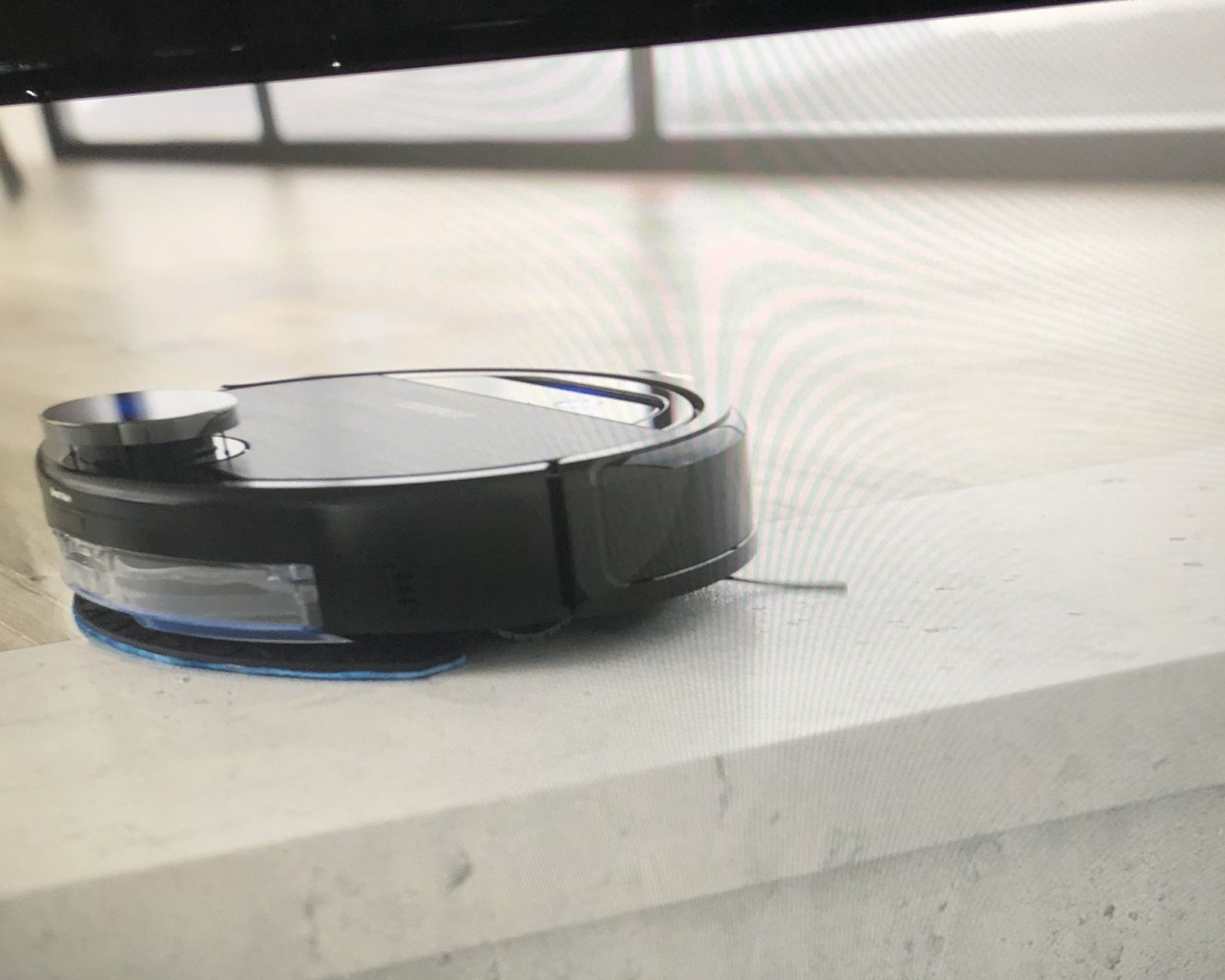 4. Ovis Suitcase was demoed by ForwardX. It is smart luggage that through sensors and facial recognition, follows the owner around.

There are a few models of other types of luggage that also do this. The difference with this product is that the battery can be removed, therefore the Ovis has been approved by the TSA. I tried it and it did follow me while avoiding collisions with people or objects. It was also stable enough that I could sit on it once I switched it to manual mode.

It had a GPS for tracking and a smart wristband that vibrates when the suitcase is more than 2 metres from the user, which is a good thing as at $800, you wouldn’t want to lose it. It will be available mid-year. 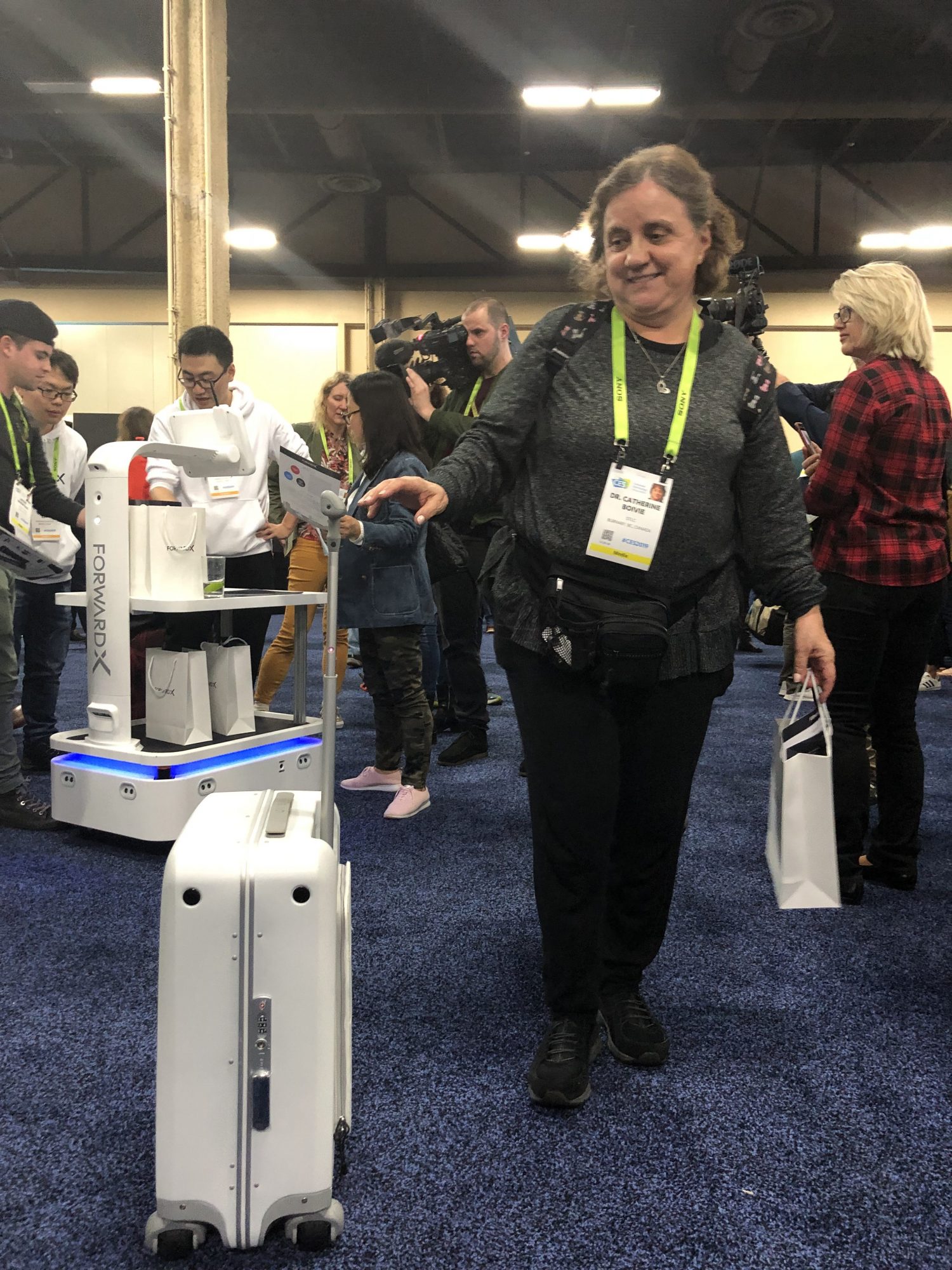 5. Cosmo bike/helmet light is a cool gadget not only for cyclists (available now) but skiers and, snowmobilers in the future. It is a smart light about 5.5” x 2.5″, at a cost of $125 for the helmet light and $80 for the bike light.

It provides so much more than increased visibility. It lights up when the cyclist slows down, has turn signals and has an easily activated warning light. The accelerometer inside will know when you are braking and warn drivers and pedestrians with a more intense light. If you fall and don’t respond to the Cosmo app, it notifies an identified emergency contact. 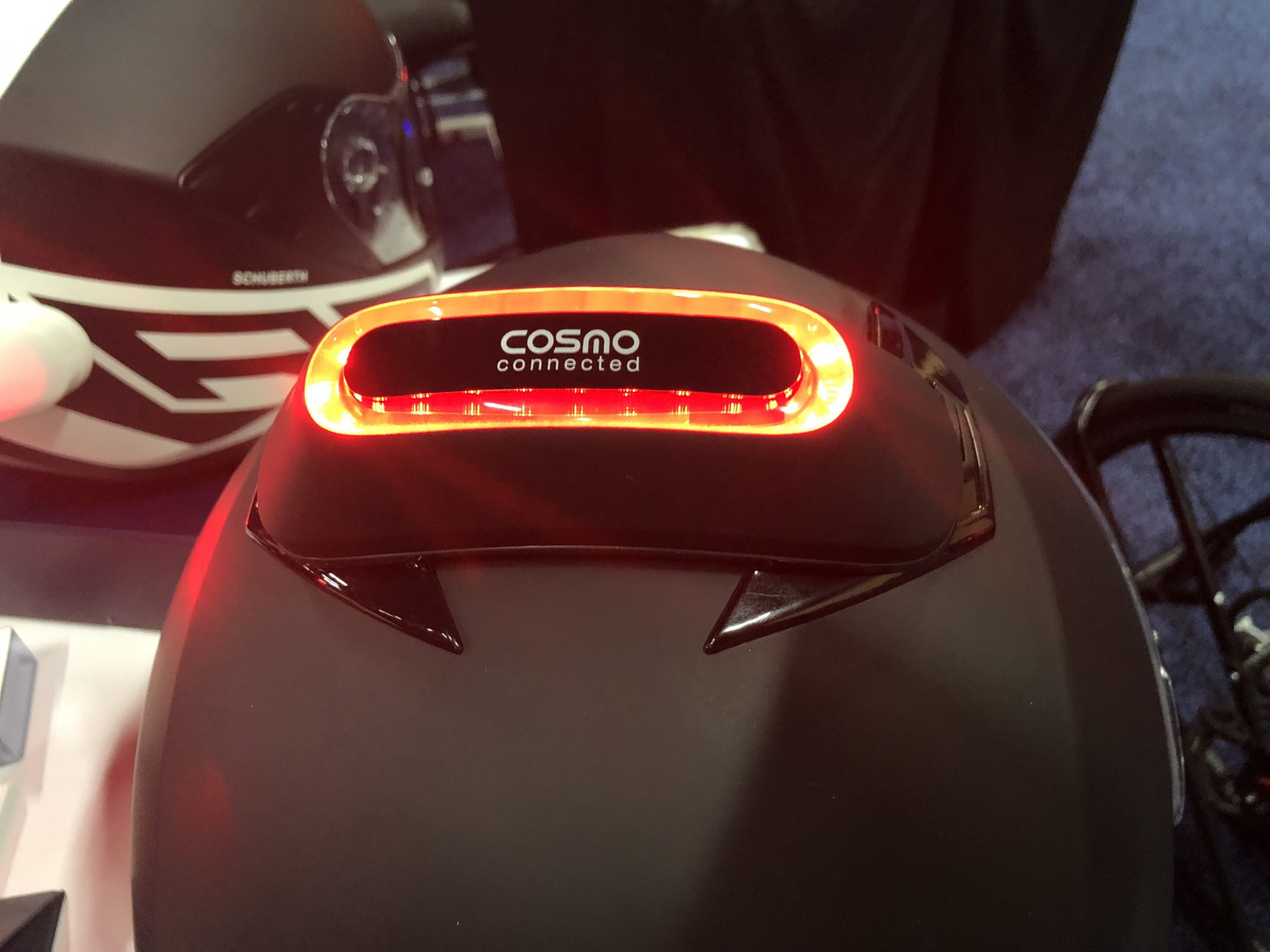 This is the first of my reports. Watch for future reports on some more of the unusual exhibits at CES.

Previous article
Catherine Boivie: Apple or Samsung? That is the question (part 2)
Next article
CES 2019: Two devices to watch for