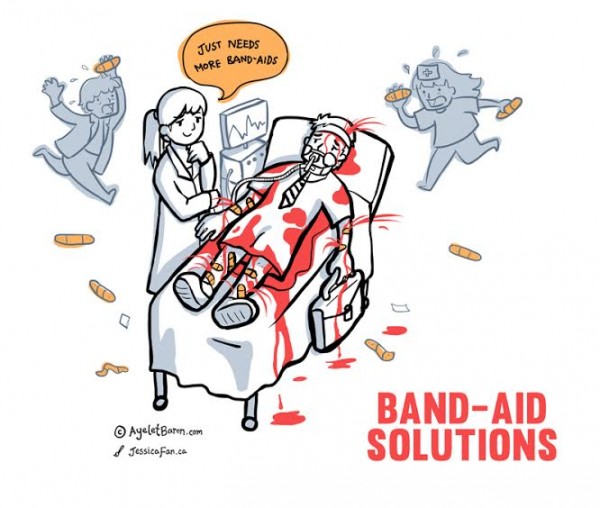 What does one of Canada’s greatest serial entrepreneurs do after having recently sold another digital startup for hundreds of millions of dollars?  If you are Mike Serbinis  you look for an even bigger challenge – the global health care crisis.

Serbinis’ keynote speech to a standing room only audience at Toronto’s DX3 conference gave insight into how Serbinis’ new venture “League” would tackle this challenge.  He also gave some insight into how other Canadian businesses could thrive in this age of digital disruption – “the missing link” as he termed it.

Most Canadians wouldn’t recognize Mike Serbinis, CEO of League if they met him on the street.  Nor would many know what “League” is.   Yet many would recognize the companies he has helped found and develop or at least appreciate this amazing career.

He left a secure job at Microsoft to join a band of engineers who had no funding and a vague idea that the internet was the future.  That collaboration resulted in one of the earliest search engines that they eventually sold to Alta Vista for millions. His next ventures led him into companies that invented what we’ve come to know as cloud storage and another venture that at one point handled a third of the world’s internet traffic.

His last venture, the Kobo eReader, had over 20 million customers in 80 countries covering over 70 languages at the time he sold it to a Japanese giant.  Kobo changed the way publishing was done. Almost a third of total book sales were from independent publishers. Although the bankruptcy of his US partner Barnes and Noble gave Amazon’s Kindle an edge in the US, Kobo challenged and beat Amazon in a number of  markets and grew at an astonishing rate – doubling each year.

Given this level of success you could forgive Serbinis if he just took his money and spent his days in a hammock on some tropical island.  For a few months after the Kobo sale, he confessed that he did just that.

But Serbinis couldn’t resist taking on another challenge.  Why?  In part it’s what he does. “I solve hard problems,” he said.

But to Serbinis, this is more than simply a desire for challenge.  It’s a responsibility – and one that has led him to abandon secure positions and take extreme risks. “If you are capable of solving hard problems – you have a responsibility to do it.”

His current area of challenge – health care – is certainly an area with more than its share of both opportunities and “hard problems.” Serbinis estimates the market in health care at over 10 trillion dollars. Canada’s share of that market is relatively modest, representing a quarter of a trillion dollars. That’s small in comparison to the $3.7 trillion dollars spent in the US.  Moreover, that amount grows each year and, according to Serbinis, is unsustainable, ” a speeding train heading for the side of a mountain.”

Serbinis is not the first to recognize the problem, but he makes a compelling case for where the solution lies.  He noted that in these trillions of dollars spent in health care, we only spend one to two per cent in prevention or wellness.

With the founding of League, Serbinis aims to change that and, in so, doing take this Canadian compay to a position of leadership in the world. How? Serbinis’ didn’t spell out the details of his new venture but he did note that the key may be found in the the new “wearable computing” technologies and finding ways to “leverage the data we know about ourselves”  connecting with the “super computer in our pocket.”

“On average, people across the globe spend 45 minutes a day on Facebook. Can’t we spend one minute a day on health?”  To find the solution, Serbinis said, we need to “turn the problem on its head.”

While firmly acknowledging his Canadian roots, Serbinis was clear to note that he’s not aiming at the Canadian market, or even the North American market.  “The next big market is health and wellness and it needs a consumer brand.”  A lot of companies are vying for this position and according to Serbinis,  “only two or three will succeed.” He’s looking to be one of the two or three companies that are a “global platform for health.”

Lofty ideas for this former Hamiltonian and Queen’s graduate.  Yet if anyone could tackle this, he may indeed be the one to do it.  Not that he underestimates the challenges.  As he noted, the barriers to solving the health care crisis are many, from health care providers, big pharma and insurance to governments.  These “Goliaths” have huge resources, entrenched positions and a vested interest in maintaining the status quo.

So how will Serbinis tackle these Goliaths? In the planning that has gone into his latest venture, Serbinis identified what he called “patterns of winning.”  These patterns can be learned and used to design a new corporate culture, a “culture of winning.”

According to Serbinis, Canada had this “culture of winning’ in the past, but in the current times, it’s “not as common as it needs to be.”  Yet Canadians and Canadian companies have had it in the past and Serbinis showed an impressive list of Canadian achievements that have changed the world, from the discovery of insulin to the creation of the smart phone.  He channeled hockey great Wayne Gretzky, who once told him that you get to a “culture of winning” when you want to win so much that you “figure out everything you can do to feel it (winning) again.”

So how does Serbinis propose to take on the Goliaths that are in his path?  The answer to this challenge may provide lessons for all Canadian firms that aspire to succeed on the world stage.

Backed by a slide that simply said  “#BeDavid”  he addressed the question of tackling these “Goliaths” by answering the question “what would David do?”  Serbinis  shared how he intends to create design a “culture of winning” in his current venture:

1.  Start with the end in mind. Imagine and make the future or as he put it, “go through the imagination exercise. Once you do this you have a simple choice. Do you want to go and do it or let someone else?”  In this imagination exercise, you have to “think big. It’s not about Toronto or Canada or about North America. It’s about thinking bigger.”

2.  Never underestimate the challenge.  “There are only two or three on the podium at the end. But startups are a lot of work. You don’t do this to lose.”

3.  You can’t play the Goliath game to beat Goliath.    “There is always a major Goliath in the way” and over the years Serbinis has challenged and conquered a number of them, from newspapers to giant telcos. “You can’t win with the conventional game that you learned at school – or at another Goliath.” According to Serbinis, “most research is crap.”

4.  Move with a sense of urgency but always be committed to excellence.   “The typical startup has six to 12 months to reach escape velocity.”  According to Serbinis, there are three stances companies can take.  “Be first, be best or be cheapest.”  First is not always possible. Cheapest is a race to the bottom. Which often leaves “being best.” To do that takes an enormous “commitment to excellence” and a “focus on community.”

5. You can’t do it alone. It may be strange to hear such as successful entrepreneur focus so much on teams and even community. “You need people who get it – and who live it.” That means empowering and trusting your employees to “own the challenge.” They will fail, but you job is to keep them on the path or as Serbinis says, “enable people to fall forward.”

Can Serbinis and his new company “League” really “turn this problem on its head” and find a solution for what everyone agrees is an impending crisis? Can he conquer the “Goliaths” who have much greater resources and a vested interest in the status quo? As Serbinis said, “you don’t do this to lose.”

And based on his track record to date – I wouldn’t bet against him or his ideas of what is all too often missing in Canadian business.