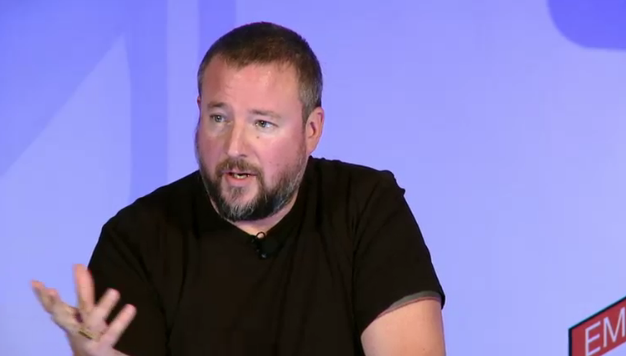 The term “small business” can be so misleading. The staff may be few, the assets far from astronomical, and the snack bar not exactly gourmet, but running a small business is big on energy, risk, and responsibility. The small business owner isn’t just a worker, he or she is an entrepreneur.

Some of Canada’s most successful sons and daughters got their start making a go of the small business world and came out golden. Here’s what they did right and what you can do with your own venture to go from hungry to heavenly.

Chances are, if you played an educational video game somewhere between 1994 and 2000, it’s thanks to Kevin O’Leary‘s company, Softkey. O’Leary got his start in the TV world with the Canadian station SET, but quickly moved on to the software business when PC games and CD-ROM technology were at a peak. Softkey acquired The Learning Company and the combined assets were later acquired by toy giant Mattel for a cool $3.8 billion. Those numbers suggest that O’Leary had a smart strategy on his side.

Looking back, O’Leary puts facts ahead of heart when it came to business negotiations. He insists that any business owner, regardless of the organization’s size, needs to lead with as much vital information as possible about the other company at the table. He says entrepreneurs should know the negotiators’ names, know what their business is doing today, and know who their competitors are. For Kevin O’Leary, there’s no such thing as knowing too much going into a negotiation. Dollars to doughnuts, Mattel didn’t open with $3.8 billion during their negotiations with Softkey, but O’Leary got them there all the same.

According to Robert Herjavec, the multimillionaire aficionado of building up and selling businesses didn’t even want to be a leader in his early days. He immigrated to Canada from former Yugoslavia (Croatia) and got a job with Warren Avis, the man who would eventually start Avis Rent a Car. Content to be a salaried employee, Herjavec assumed he would never run his own business. A layoff with a $60,000 severance only further convinced him he wasn’t Mr. Big Payday, but that money helped him start early Internet security company BRAK Systems, which AT&T bought 10 years later.

Herjavec has taken over, improved, and sold other businesses since then, upping his profile each time. In the meantime, he also started the Herjavec Group, an IT company that has been growing with startling speed. That’s a lot of get-up-and-go for a guy who told himself his late 1980s severance pay would be the biggest check he’d ever see.

Now, Herjavec promotes the kind of guts, wherewithal, and open thinking that took him from being a self-proclaimed “great No. 2” to being an industry leader. If you don’t believe you’ll ever run a company, succeed at running it, or succeed in selling it for a pretty penny, every time you stumble it’ll be a self-fulfilling prophecy.

Shane Smith has no time for haters

VICE co-founder and CEO Shane Smith has been called a lot of things over the course of his unexpected but not inexplicable career. When he started VICE, he was dismissed as a punk, an agitator, and a man not above courting controversy. The magazine grew and when the Internet opened up, Smith dove right in, always expanding the scope of his media empire. He went beyond pop culture to include sports, food, and, most notably, news in the VICE family. These days, VICE is a leader in original news writing, video, and even television, thanks to the magazine’s investigative news program on HBO.

All that success hasn’t stopped people from trying to knock Smith down. His reluctant colleagues in the news world, like respected news anchor Dan Rather, have dismissed Smith with a lot of the same epithets hurled at the man in his early days. There’s no arguing with results, though. Smith’s exclusives in North Korea and Crimea put VICE in the big leagues and allowed his company to lead the charge in the Internet-focused media world.

Shane Smith didn’t listen to the insults and dismissals when he was a struggling print journalist, and he’s not about to start listening now that he’s at the top of his always-upping game. Any SMB entrerpreneur worth his or her salt would do best to follow Smith’s example.

Logistec Corp. CEO Madeleine Paquin may not have started the company, but she has carried one of Canada’s longest-lived businesses to its greatest era of profitability and efficiency. The transportation services company can’t thrive on flashy innovations or sexy marketing methods. Instead, Logistec has to go where its customers are, provide diverse support packages, and predict where the industry will be in years to come.

Logestic celebrated its 60th birthday two years ago, a milestone that’s nothing to sniff at. What’s more, Paquin has carried the company to new heights in revenue and market share. The key to this is her insistence on looking out for the next 60 years. Paquin isn’t just a CEO; she’s the caretaker of a decades-old family endeavour. She’s bolstering her legacy. While a lot of small business owners are in the game for the big, quick payout of acquisition, there’s something to be said for good planning.

Whether it’s a family business that’s not for sale or a new company that hasn’t attracted interest yet, treating the organization like a mix of a hot potato and ring at a pawn shop isn’t a great way to inspire confidence in employees or make it seem like a smart buy for larger businesses. Act like you want to keep the company running until the wheels fall off, not matter what.

As you’re taking on the big challenges of your small business, keep these priceless pieces of advice from some of Canada’s top entrepreneurs close to your heart. Stay smart, open-minded, and diligent, and let the naysayers waste their energy, not yours, on negativity. You’ll find success on your own terms. After all, that’s what running a small business is all about.