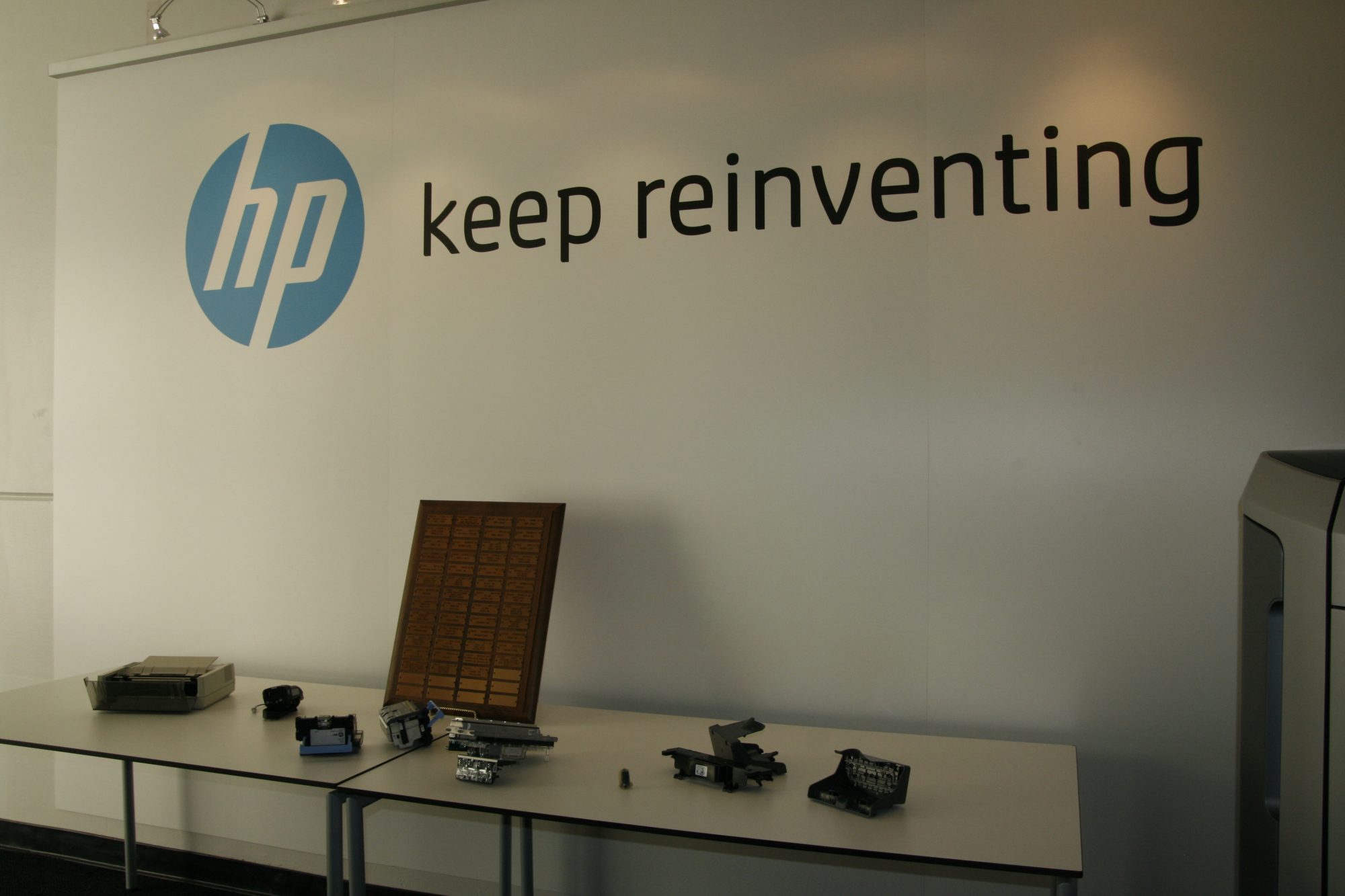 PALO ALTO, Calif. – As part of HP Reinvention Week, HP Inc.’s celebration of HP Labs’ 50th anniversary, the storied Silicon Valley hardware giant recently invited several members of the media, including ITBusiness.ca, on a tour of its facilities. Join us for an inside look at where the company conducts much of its biotechnology, IoT – and yes, printing – research. 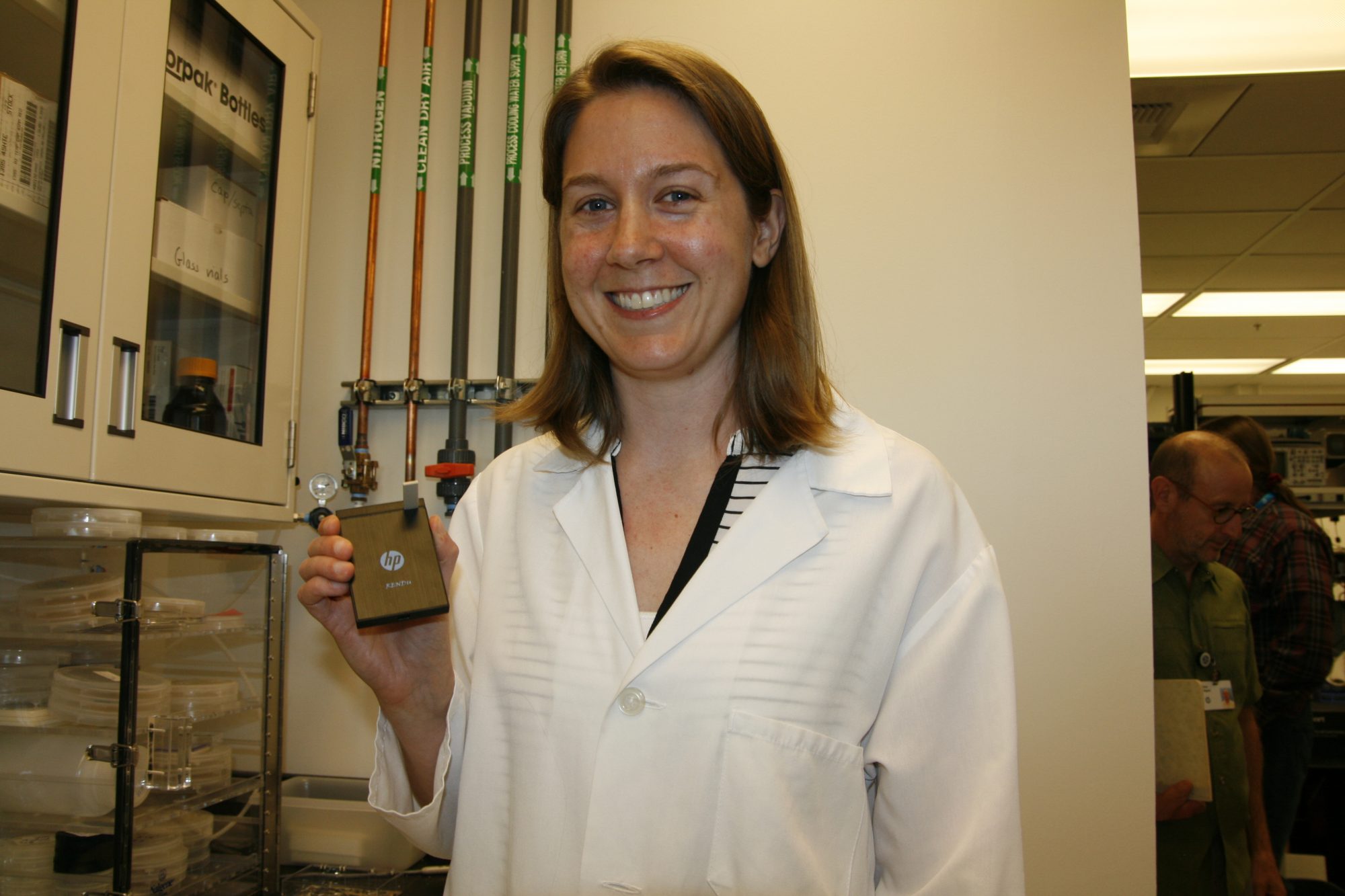 HP Labs molecular and cell biology researcher Caitlin DeJong shows off a prototype biosensor that her department is developing, which could someday be used to detect trace amounts of hazardous materials in a range of products – such as baby food, for instance. 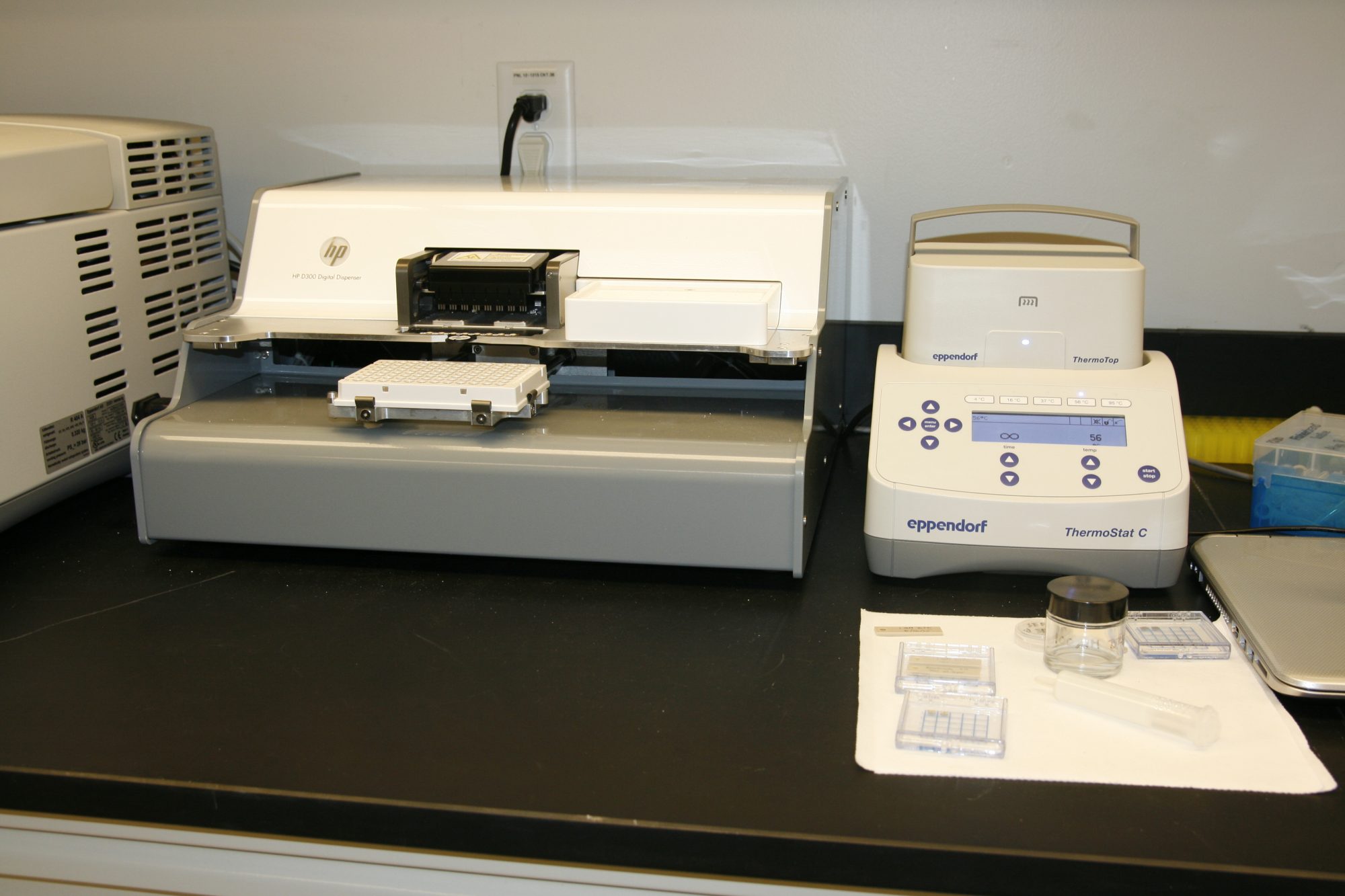 HP might be best known for its ink-based printing equipment, but the HP D300 digital dispenser is capable of reprocessing tissue samples – in other words, printing objects from cells, an ideal function for, say, cancer research. 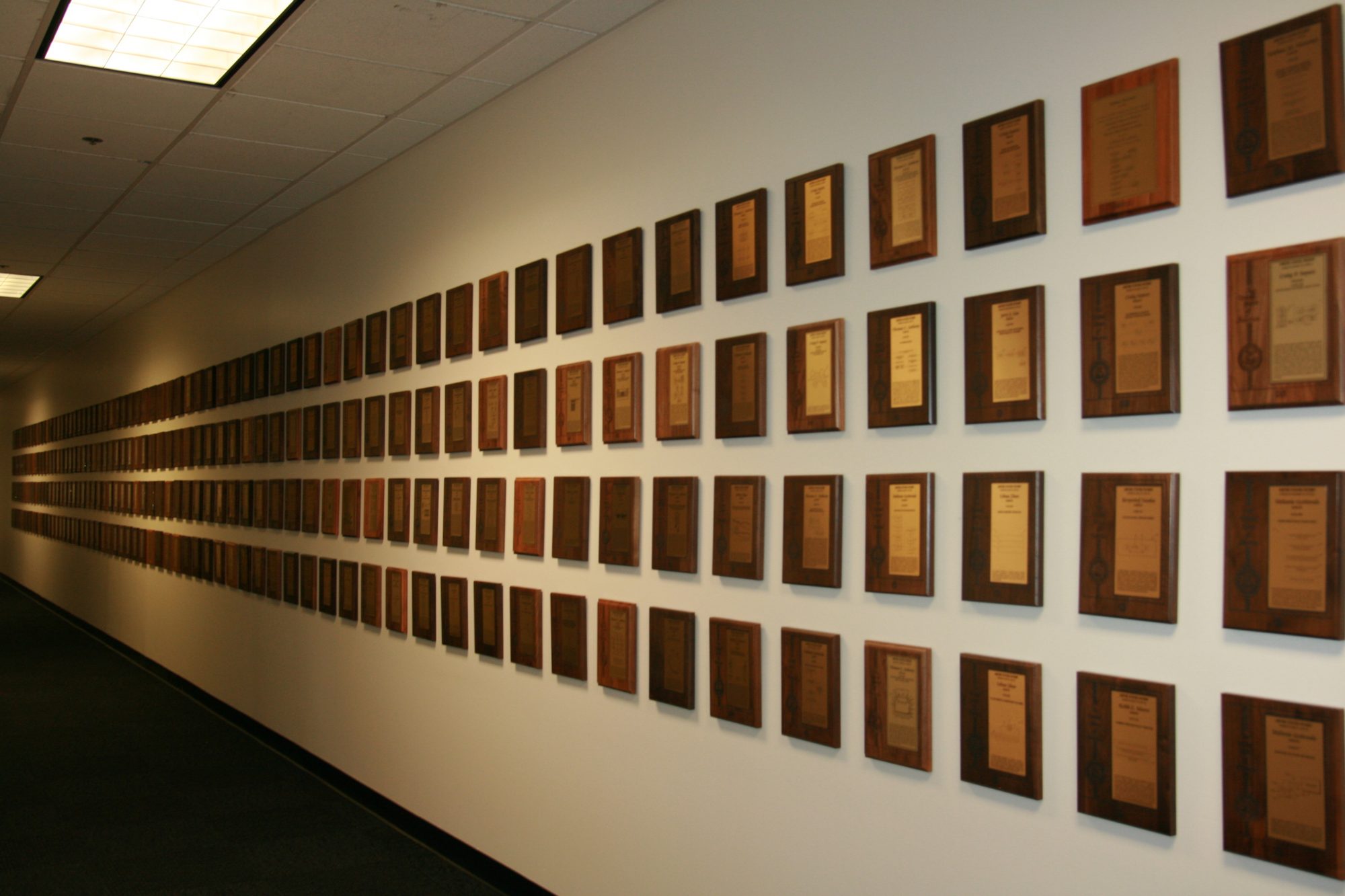 The wall of plaques contains a mere fraction of the 19,000 patents in HP Labs’ collection, as a testament to both the facility and the speedy staff members who managed to hang them up two days before our tour. 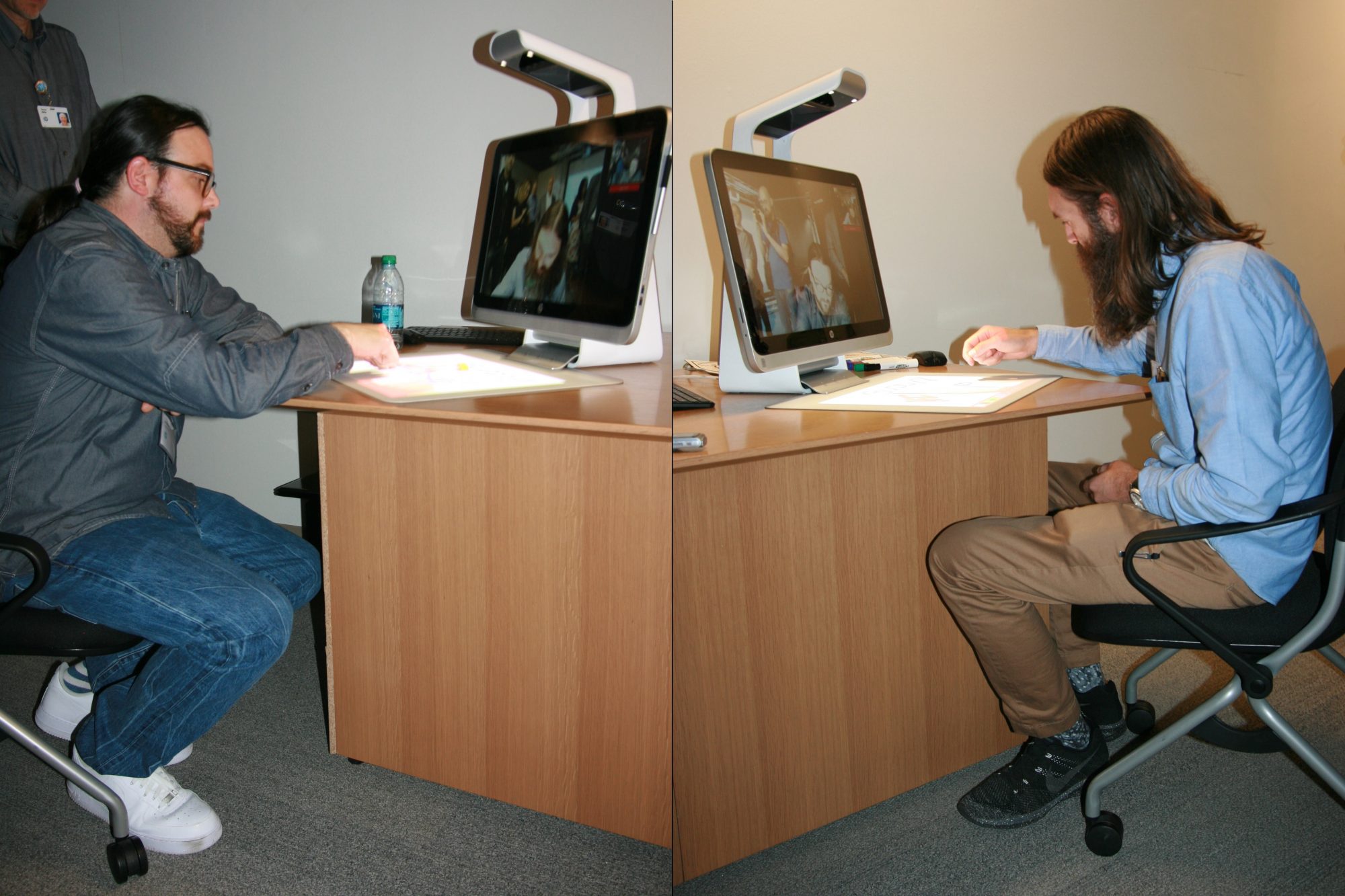 One of the more unusual rooms at HP Labs was the “Immersive Experiences Lab,” a facility dedicated to developing technology based on human experiences. In this case, ShareTable allowed volunteers Alex Rosson (left) and Austin Brown (right) to share the experience of drawing something on opposite sides of a table, though they could have just as easily been on opposite sides of the country. 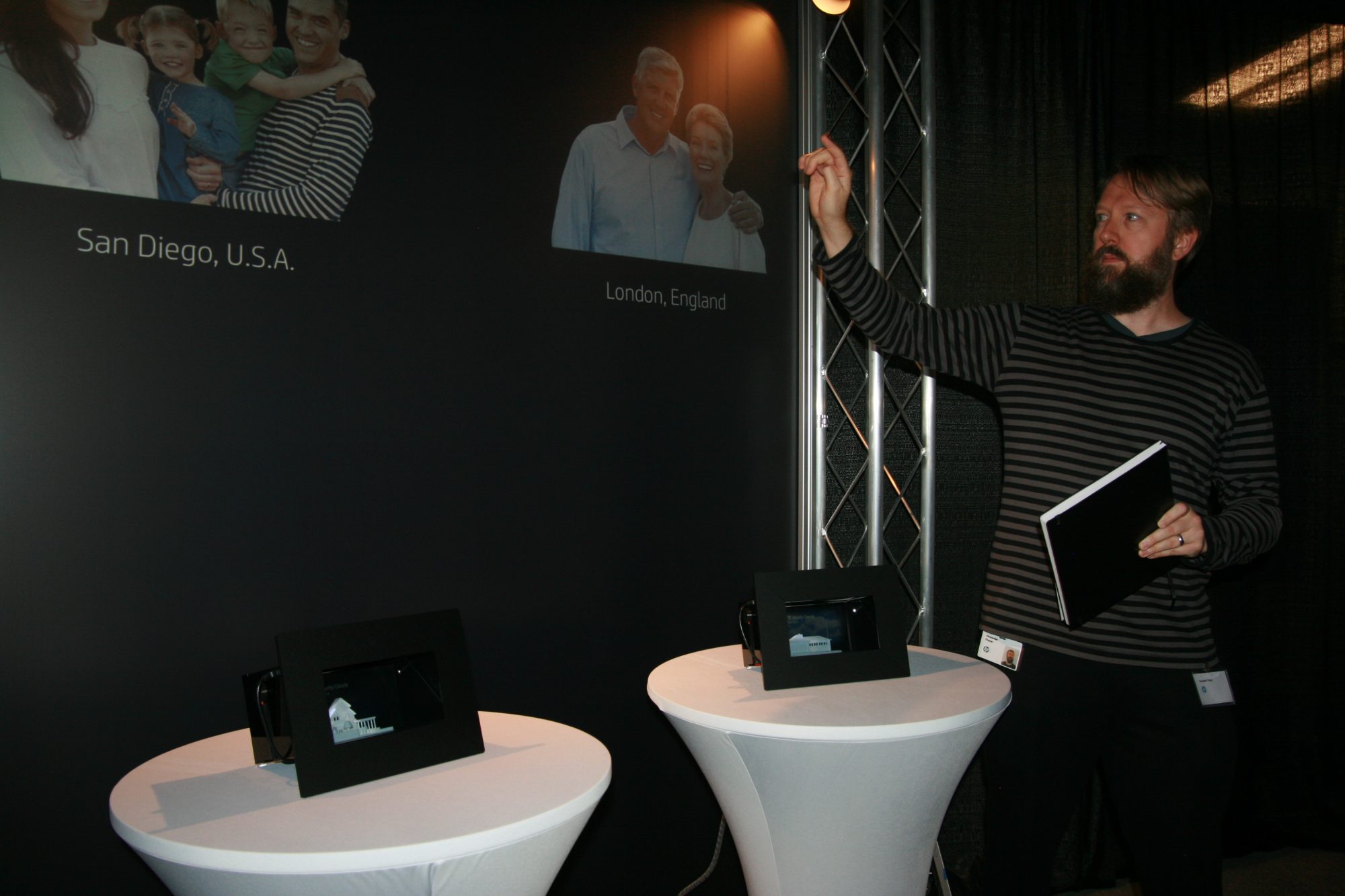 This unusual project, meanwhile, involved giving parents and the adult children living far away from them a 3D-printed sculpture of each other’s home that displays the weather the other party is currently experiencing, and lights up when they’re home. And… that’s it. It’s neither a phone nor computer, but eight of its 10 testers reported associating warm feelings with the device. 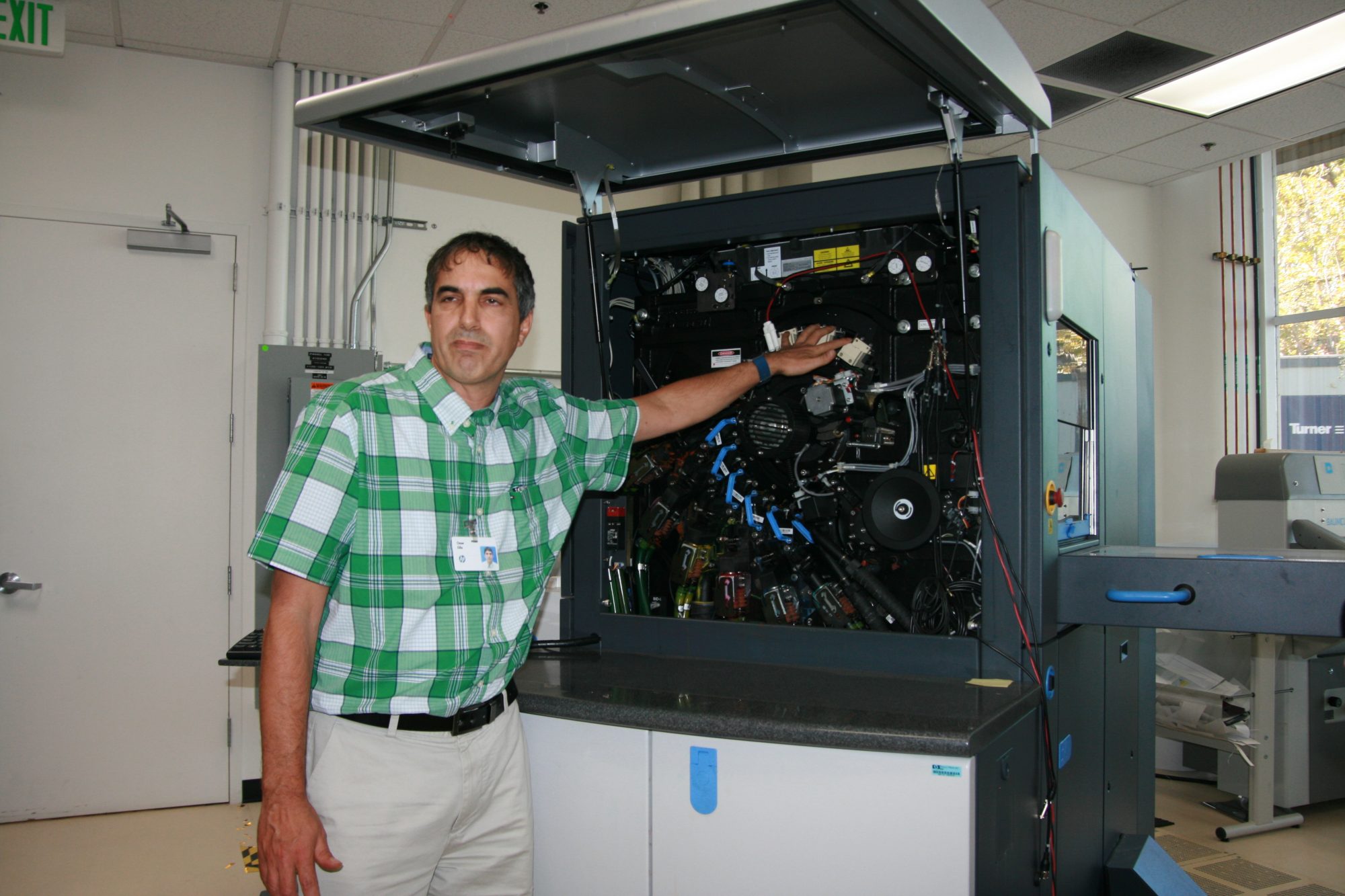 HP employee Omer Gila shows off the HP Indigo 7500 Digital Press, which uses a company-exclusive liquid photocopier engine to print posters, photographs, labels, wallpaper, and everything in between. 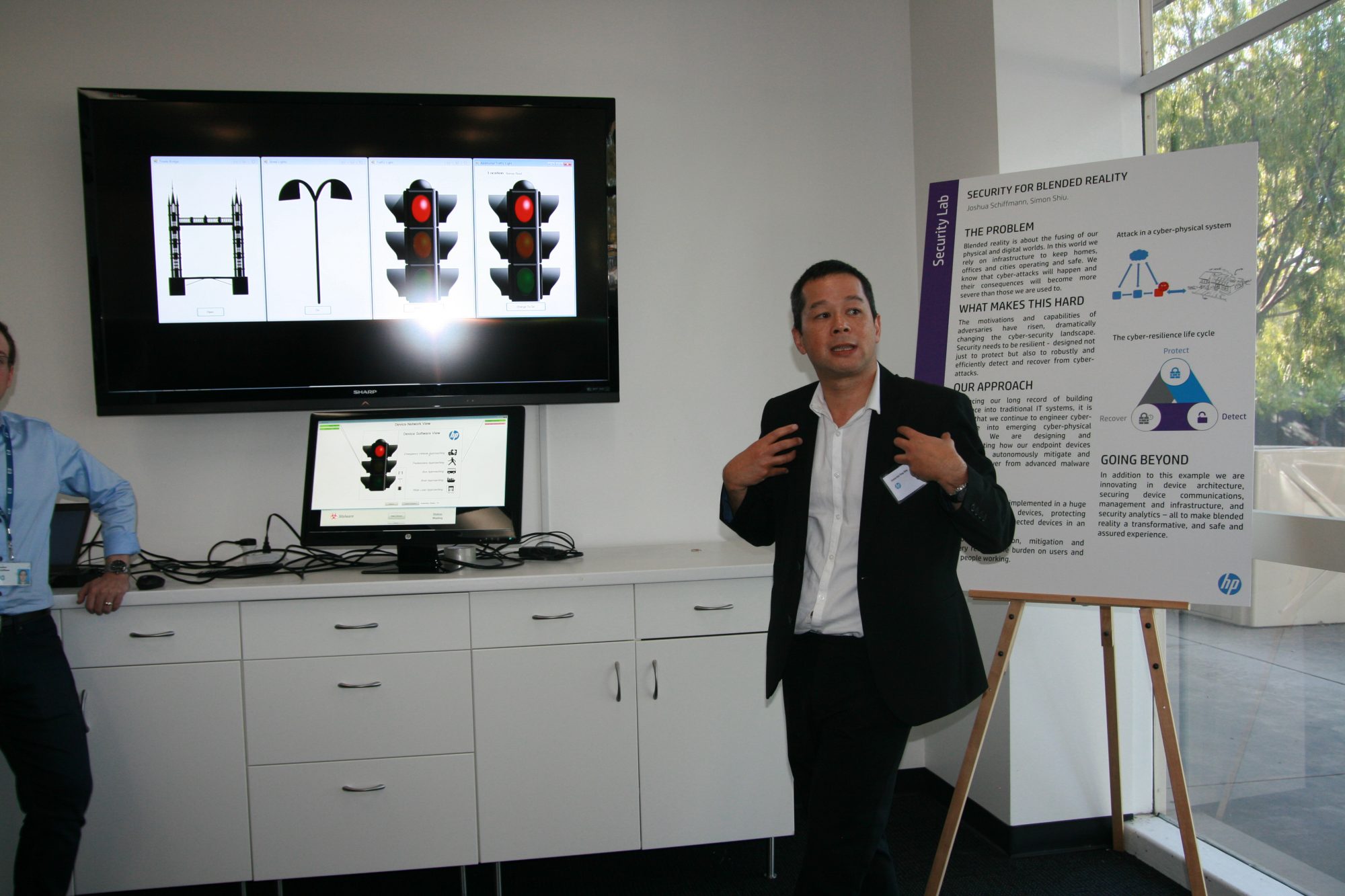 Simon Shiu, director of HP Labs’ Security Lab in Bristol, U.K., shows off the fruit of his division’s research, using the example of a traffic light, street lamp, and drawbridge network vulnerable to malware to demonstrate an HP Labs-developed system that can detect malware by identifying unusual patterns of activity. 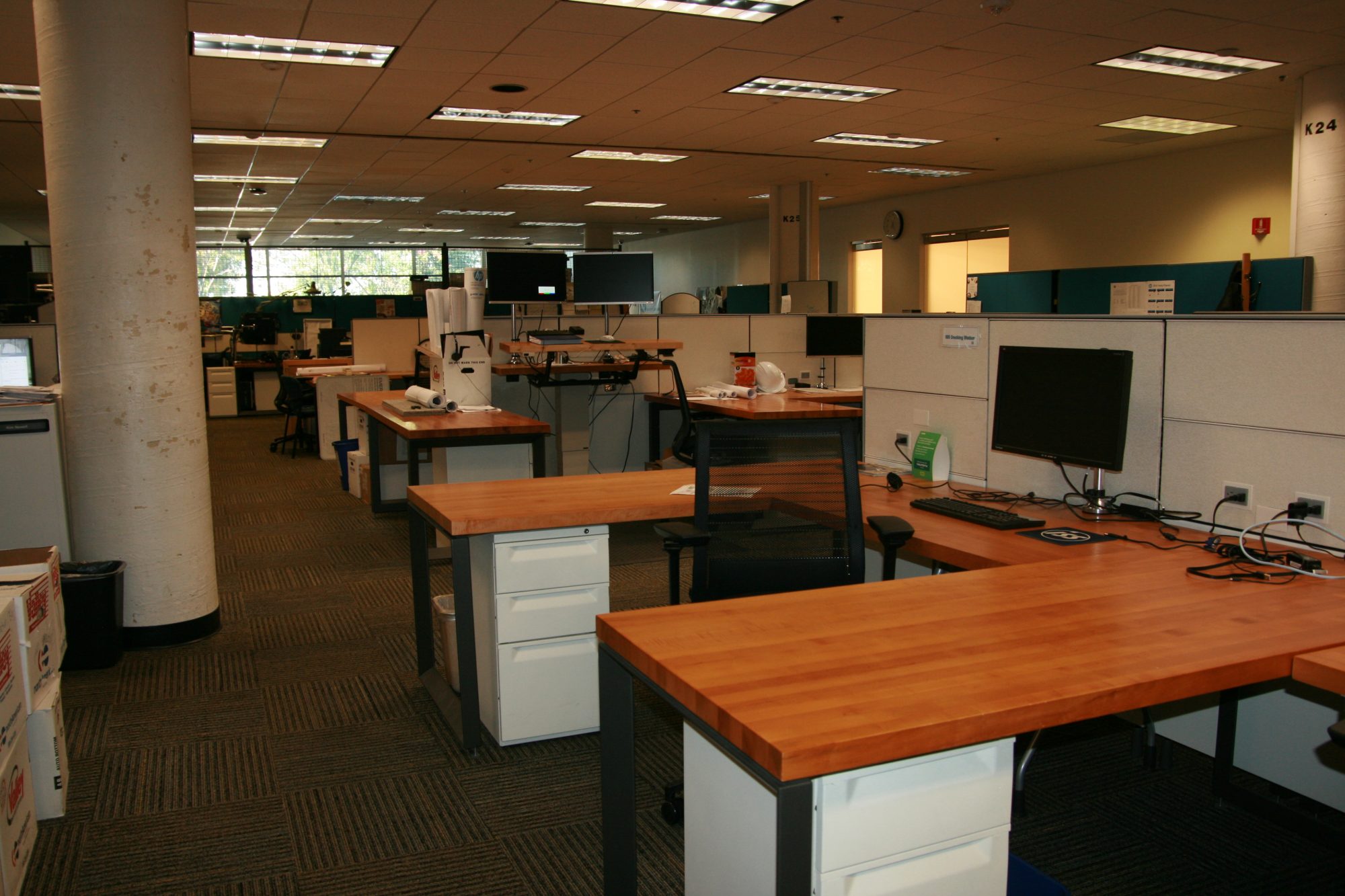 Where the magic happens. At this point it was after 5 PM, so the majority of HP Labs employees who weren’t giving a tour or meeting the press afterward had gone home. 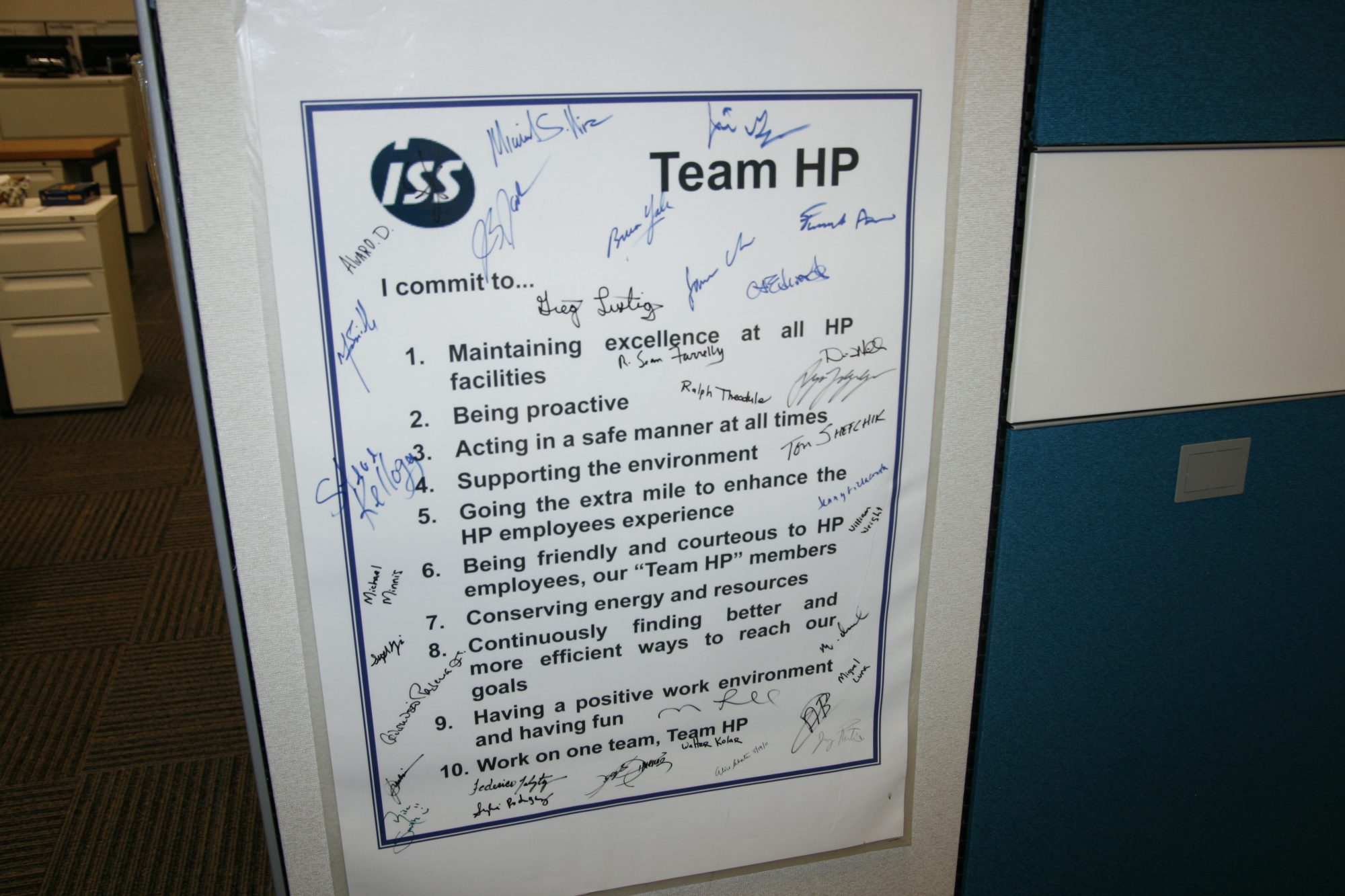 This makes HP sound like a pretty cool team. 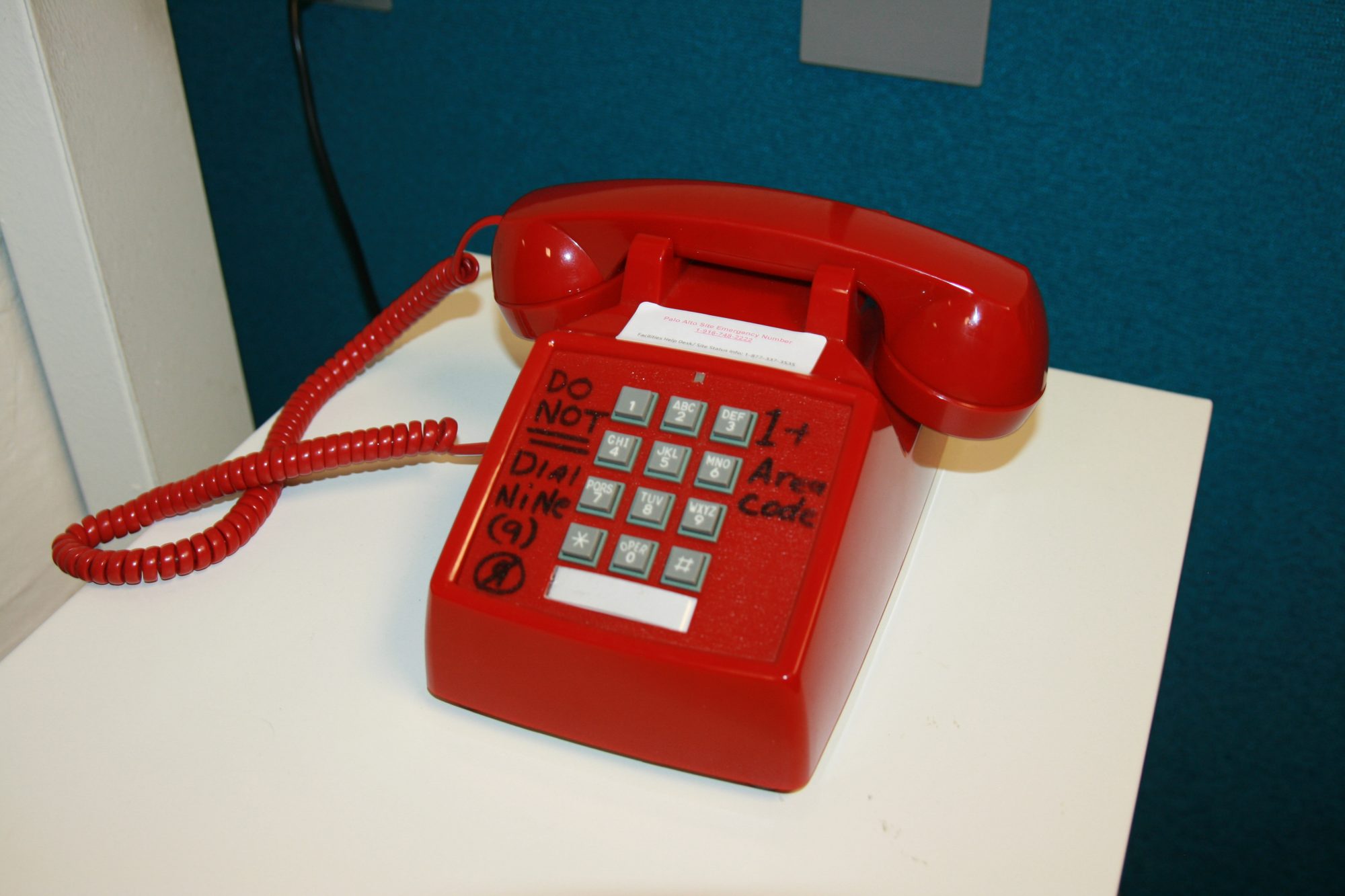 None of our guides knew what would happen if you pressed nine. 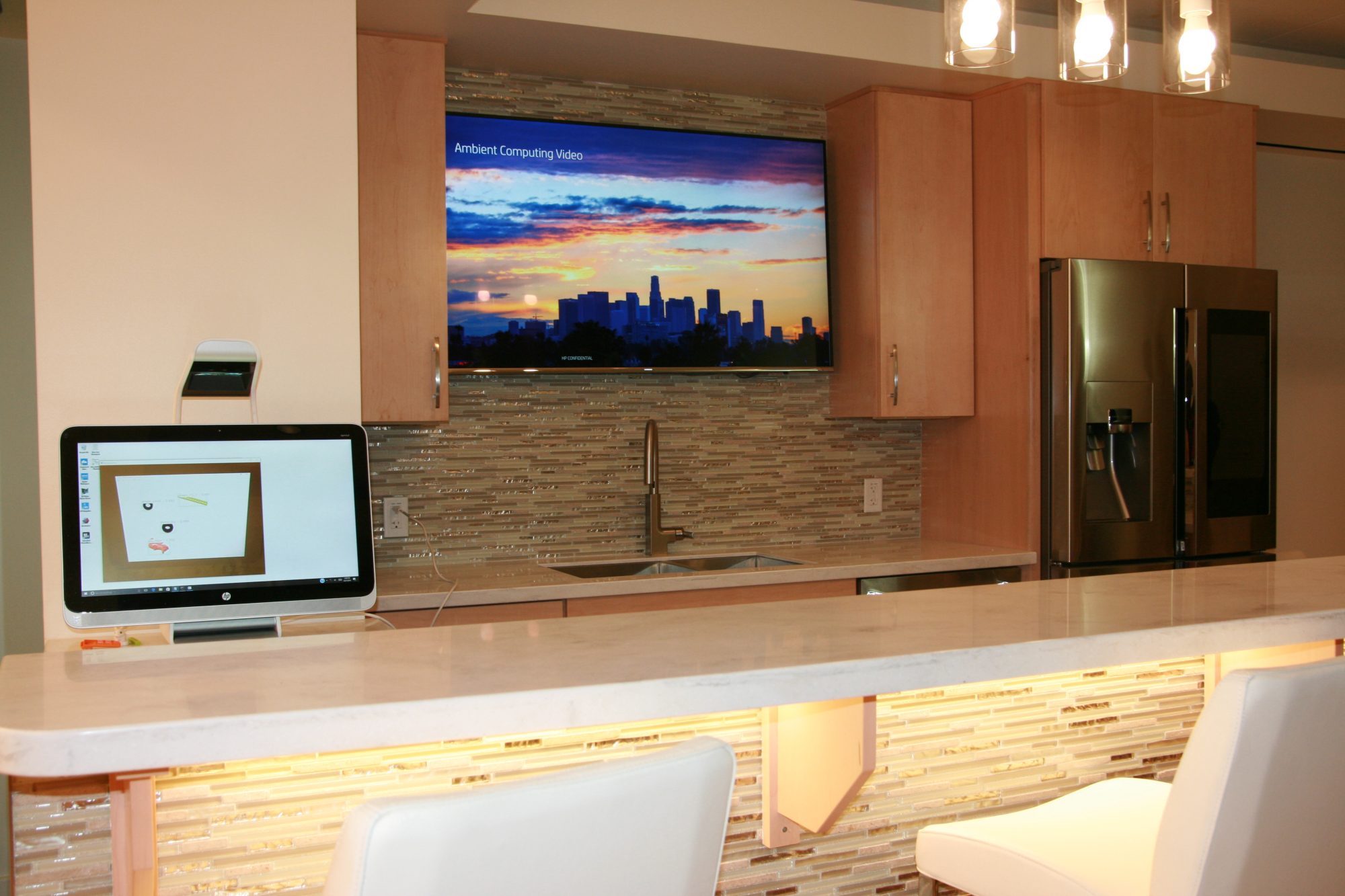 It might look like a lounge, but the “emerging computing lab” is actually HP Labs’ newest research space, erected two weeks before our tour and meant to showcase the home and office of the future. That Sprout-powered device next to the sink can detect a variety of objects, allowing it to theoretically alert the homeowner of danger, shoot pictures of their children, or evaluate their progress on a repair project. 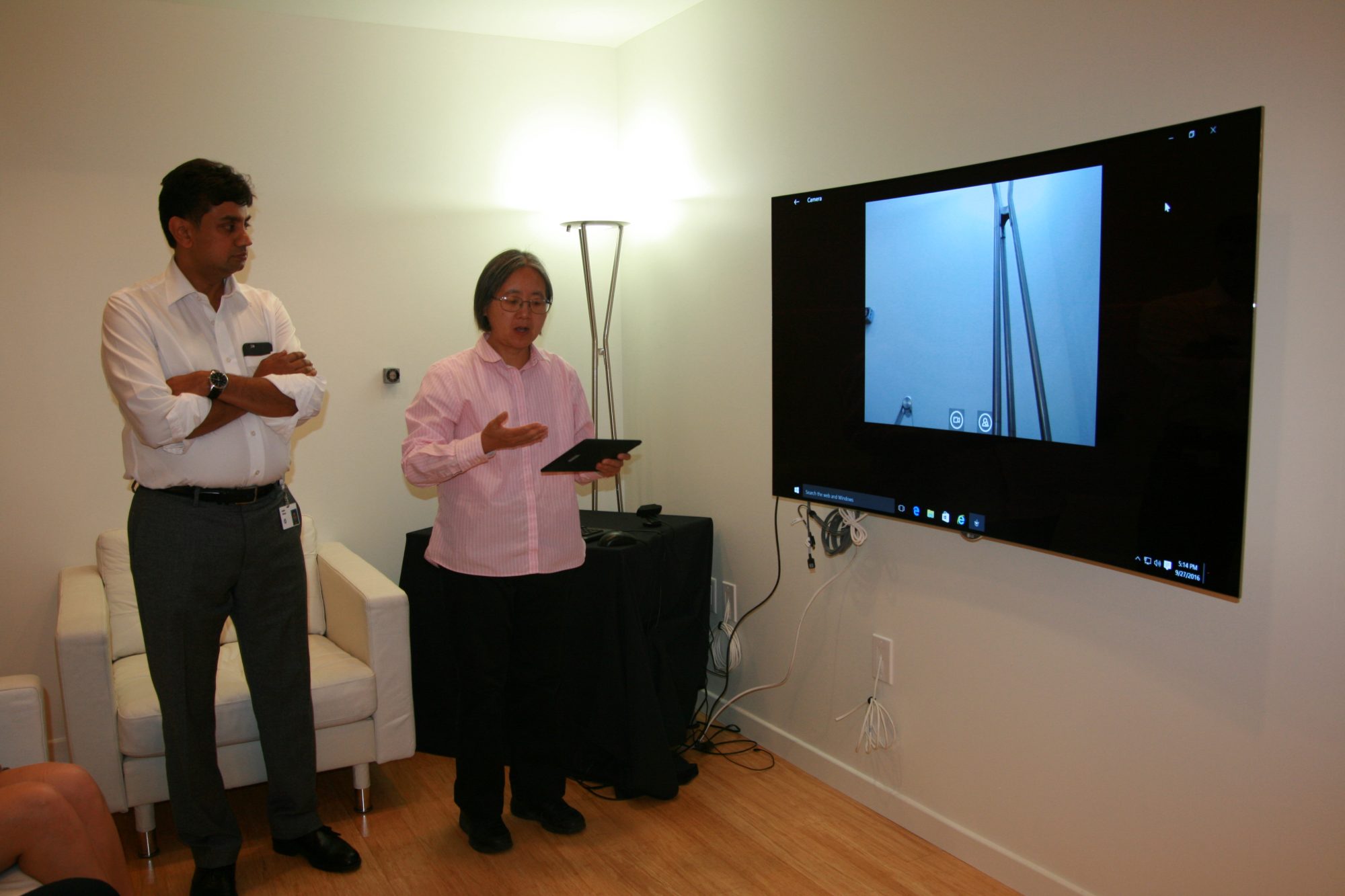 Sensors in this television, meanwhile, can detect which family member is asking the home entertainment system to play music and select the appropriate playlist, as HP Labs employees Madhu Athreya and Qian Lin demonstrate. 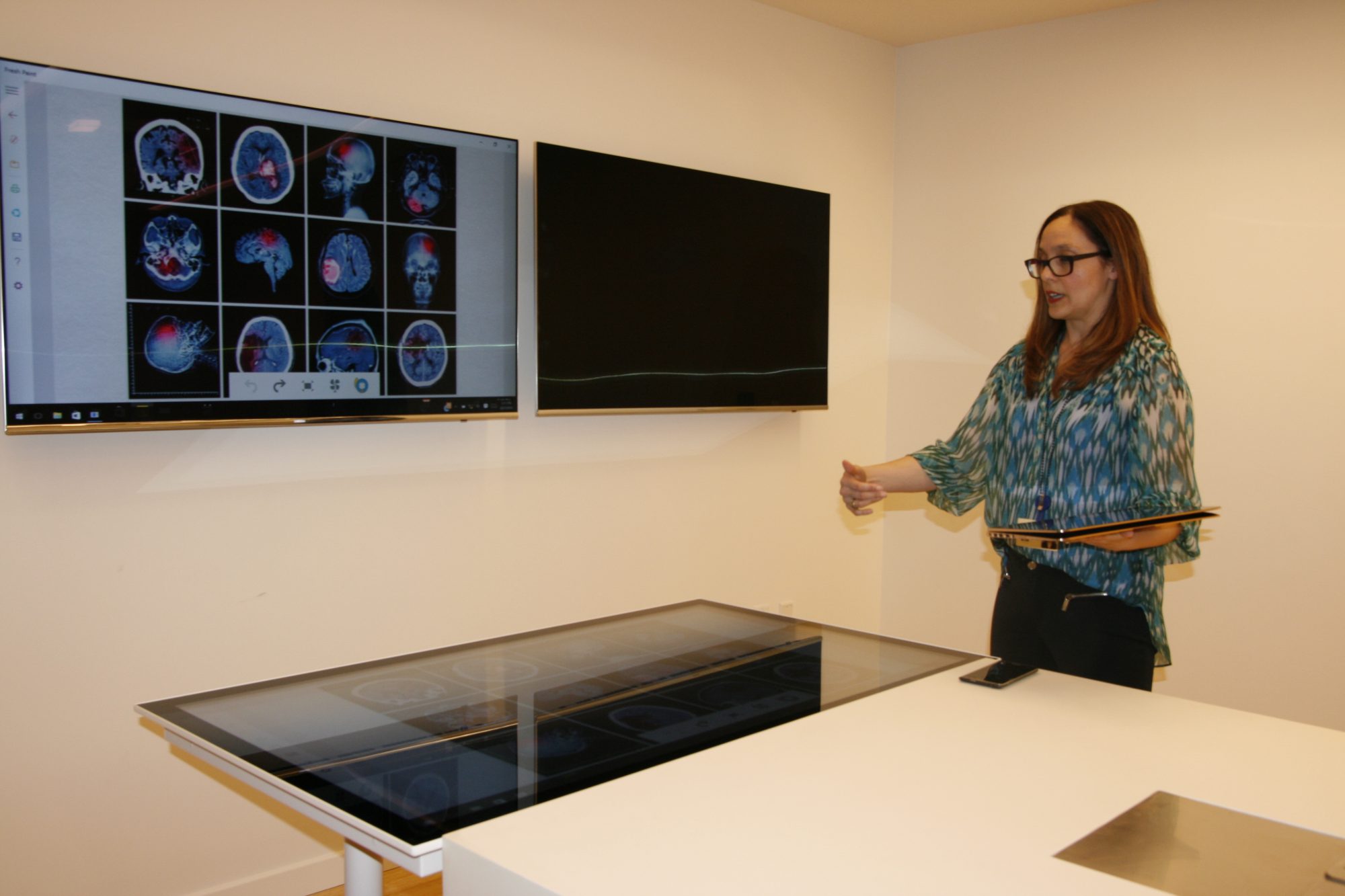 Helen Holder, meanwhile, uses an HP-developed program called Nizza to demonstrate why the designers behind offices of the future might want to include multiple screens in each meeting room – it could make it easier for employees to use their mobile devices to quickly share information with their colleagues.