Canadians won’t have to wait too long to get Apple’s latest iPhones – it’s just a few more sleeps until Friday, when you can pick them up in Canada.

Apple Canada said Monday that the two new iPhones will be available at Apple retail stores beginning at 8:00 AM local time on Friday, September 25th. Stock will be available for walk-in customers, but the vendor is advising people to arrive early to avoid disappointment. The phones will also be available from Rogers, Bell, Telus, MTS, SaskTel, additional select carriers and Apple Authorized Resellers.

This month’s product launch also included an operating system update, and Apple said Monday that more than 50 per cent of Apple devices are already using iOS 9.2 – the vendor’s fastest iOS adoption ever. 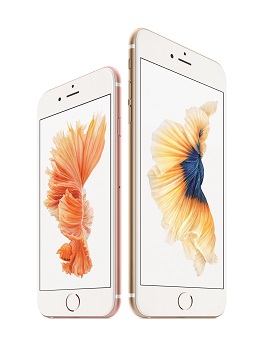 “Customer response to the iPhone 6s and iPhone 6s Plus has been incredibly positive, we can’t wait to get our most advanced iPhones ever into customers’ hands starting this Friday,” said Philip Schiller, Apple’s senior vice-president of worldwide marketing, in astatement. “iOS 9 is also off to an amazing start, on pace to be downloaded by more users than any other software release in Apple’s history.”

Among the new features Apple is touting in its latest smartphones is a multi-touch interface with 3D touch, which uses how deeply you press the display to allow you to perform different tasks. The updated OS includes proactive assistance, an improved Siri personal assistant, and improved apps including detailed transit information in Maps and a new News app.

Jeff Jedras
Jeff Jedras is a technology journalist with IT World Canada and a member of the IT Business team. He began his career in technology journalism in the late 1990s, covering the Ottawa technology sector for Silicon Valley North and the Ottawa Business Journal. He later covered the technology scene in Vancouver before joining IT World Canada in Toronto in 2005, covering enterprise IT for ComputerWorld Canada and the channel for Computer Dealer News. His writing has also appeared in the Vancouver Sun & the Ottawa Citizen.
Previous article
Wearables talking health care outside the clinic walls
Next article
Canadians open to sponsored brand content – as long as it’s interesting