In 2011, the increasingly mobile and socially networked world of technology became more intertwined than ever with politics and the law. Patent wars shaped competition in tablets and smartphones, hacktivists attacked a widening array of political and corporate targets, repressive regimes unplugged citizens from the Internet, and the U.S. government moved to block the giant merger of AT&T and T-Mobile USA. With the passing of Steve Jobs, the world lost a technology icon who redefined the computer, entertainment and consumer electronics industries. These are the IDG News Service’s picks for the top 10 technology stories of the year:

The PlayStation Network hack,Anonymous and the rise of hacktivism
April attacks on Sony’s PlayStation and Qriocity networks knocked outservice for millions of users for two months, compromised personal dataof some 70 million subscribers and cost Sony $170 million to clean up.The attacks were partly in retaliation against Sony’s response to therelease of code for its PS3 console that let the device rununauthorized software. Though it’s unclear whether members of Anonymous or an affiliated hackergroup, LulzSec, were responsible, the stakes have been raised forpolitically motivated hacking, or hacktivism. Anonymous,the most high-profile hactivist group, this year claimed or wasbelieved to have launched attacks against entities as disparate assecurity firm HBGary, child-porn sites, Koch Industries, Bank ofAmerica, NATO and various government websites. LulzSec, PeoplesLiberation and TeaMp0isoN are among the the groups claiming affiliationwith the Anonymous collective. Though police have made arrests in theU.S., the U.K., Spain and elsewhere, the success of high-profile hackshas assured that politically oriented hacking is here to stay.

Related Story | Who are all these hacker groups?

Japan devastated by massiveearthquake
The March 11 earthquake in Japan, the biggest in its history, took itstoll on the country’s electronics industry. The earthquake constrainedthe supply of raw materials and components such as NAND flash memory,microcontrollers and LCD parts. Prices soared after the earthquake and subsequent tsunami,which damaged facilities belonging to Sony, Freescale, Fujitsu, TexasInstruments and other companies. Floods in Thailand in the second halfof the year made it a one-two punch for the PC and component markets.After expanding about 30 percent in 2010, global semiconductor revenuewill squeeze out barely a 1 percent increase this year, with sales ofDRAM, SRAM and NOR Flash memory expected to decline 15 percent or more,according to analysts.
\\ 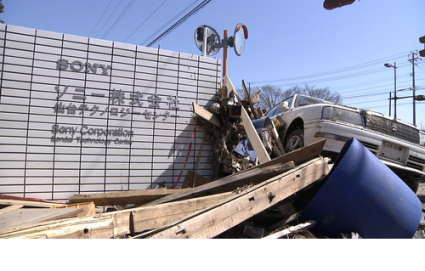 Egypt goes offline
Just after midnight Cairo time on Jan. 28, 3, 500 Internet BorderGateway Protocol routes connecting Egypt to the rest of world vanishedfrom sight. It didn’t take long to figure out that Egyptian serviceproviders, under pressure from a government besieged by politicalprotest, had cut connectivity to theInternet. Mobile telecommunications were similarly affected. As soon asaccess returned five days later, Egyptians logged back on to socialnetworks. In the next few months, Libya and Syria also moved to severthe Internet and various African regimes blocked social networks in theface of election tumult. As the Internet becomes an increasinglyimportant organizational tool and information conduit, such attempts tocut connectivity amid political unrest will no doubt continue.

The HP Follies: Apotheker’s bungled restructuring
Barely a year into his tenure as Hewlett-Packard CEO, Leo Apotheker was ousted in September soon after announcing that the company would seek to spin off its $40 billion PC business, the largest in the world. Apotheker, who had been fired from SAP in February after the ERP maker fumbled its move to cloud technology, had little experience with hardware. Apotheker himself took up the reins at HP after the ouster of Mark Hurd, who resigned following an investigation into claims of sexual harrassment. After initially declaring that HP would go through with Apotheker’s plan to sell the PC unit, newly appointed CEO Meg Whitman, the former chief executive at eBay, decided to hang on to it. HP now says PCs are key to long-term relationships with customers. The company faces other challenges. Net earnings for HP in its fourth quarter were $200 million, down from $2.5 billion in the same period last year, and Whitman herself said that Apple would probably overtake HP in the PC market next year, if iPad sales are included.

ICANN hands out last IPv4 addresses,sets clock ticking for IPv6
In February, the Internet Assigned Numbers Authority (IANA), operatedby the Internet Corporation for Assigned Names and Numbers, handed outits last IPv4 addresses, allocatingthe final five blocks of 16 million addresses to each of five regionalInternet registries (RIRs). The imminent depletion of IPv4, whichprovided 4.3 billion addresses, is a sign of how quickly the Internethas grown, and puts pressure on ISPs and companies to switch to itssuccessor, IPv6. Though some regions might not exhaust their supply ofIPv4 addresses for several years, Internet communications could breakdown over time unless network managers migrate to IPv6, which allowsfor better security, better network management and what’s thought to bean inexhaustible supply of addresses. IPv6-based hosts will not be ableto communicate with IPv4-only systems without techniques that couldimpair Internet communications.

Microsoft moves to ARM with Windows8
Microsoft took advantage of the CES spotlight in January to announcethat Windows 8 will run onsystem-on-chip architectures including ARM-based processors, part ofits effort to get Windows used on tablets. Other features of theupcoming version of Windows, which will continue to run on Intel chipsand PCs as well, include the new Metro interface, which emphasizestouch and a Windows app store. However, the many businesses stillmigrating to Windows 7 are unlikely to upgrade again soon. And whileWindows 8, which could appear on products next year, expands thehardware possibilities for Windows, it’s ironic that Apple’s iPadalready has established such a commanding lead in tablets, a formfactor that was long ago championed by Bill Gates. With Microsoft’shistory of coming from behind in markets to eventually grab a dominantposition, though, Windows 8 should not be counted out before it ships. 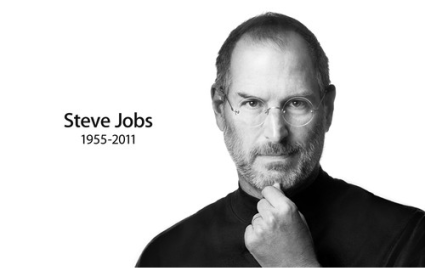 The passing of a legend: Steve Jobsdies
Though it’s too soon for history to judge the role Steve Jobs played in shapingtechnology, the outpouring of tributes around the world when the56-year-old Apple co-founder died on Oct. 5 was a testament to hisiconic status. With Microsoft co-founder Bill Gates (also born in 1955)as a foil, Jobs was one of the two key figures in the PC era, andperhaps the most important business leader ushering tech into thepost-PC world. His life was an American success story: the tale of acomeback kid, ousted in tears from his own company in the 1980s, onlyto revolutionize animated movie-making in the ’90s and return to leadApple’s march to dominance at the start of the 21st century. With Appleco-founder Steve Wozniak, Jobs fueled the PC revolution with the AppleII, and after his return to Apple led the company to redefine the musicindustry with the iPod and iTunes, the phone market with the iPhone,and the personal computer market yet again with the iPad. Jobs’triumphant return was capped in August when Apple overtook, at leastfor a time, Exxon Mobil as the most valuable company on the planet interms of market capitalization. Though a difficult and even despoticleader by many accounts, no one denied Jobs’ passion and singularposition at the crossroads of technology and culture.