Apple Inc. is set to unveil the iPhone 6 on Sept. 9 at a live event and marketers will want to keep an eye on what’s announced to get a sense for how the new device could change consumer behaviour.

Many consumers and tech industry watchers will be tuning in to the live stream of Apple’s presentation at 1 PM ET / 10 AM PT to see what new design and features are being brought to the iPhone. As with every Apple product launch, the rumour mill has been running at full speed as the countdown to the event ticks away. A new Youtube video from a Chinese account, PhoneEvaluation, has added fuel to the fire by showcasing what’s said to be the new 4.7-inch model of the iPhone 6 at length, and some shots of a larger 5.5-inch model.

Apple’s “magic” ability to seduce consumers to use technology can’t be ignored by marketers. Tomorrow’s event and the new iPhone could influence trends in consumer behaviour that will impact brands both in the digital realm and the physical world. Here, we consider a few ways that might unfold and identify what marketers should be watching for at tomorrow’s livestream.

See the new iOS 8:
Apple iOS 8 unveiling: what you need to see

iPhone users are already making use of the PassBook app that was introduced with iOS 6 to manage tickets to events, airplane boarding passes, and loyalty rewards programs. The promise of PassBook is that you no longer need to stuff your wallet full of plastic cards that you rarely use in order to get the benefit of loyalty programs. With the addition of payments to PassBook, Apple could complete that promise by replacing wallets entirely. Reports indicate that Apple is in talks with major credit card providers to support mobile payments made from iPhones.

Such a payments function would be made possible in the same way that it has on modern Android devices, with the inclusion of a near field communications (NFC) chip – though Apple may brand it as something like “iTap.” Speculation over when Apple would adopt NFC technology in its devices has been upheld for years. Strategically it makes sense because Apple has already captured the lion’s share of its users credit card information by making it a prerequisite to access the App Store and iTunes. Adding the capability to pay for just about anything would unlock another source of potential revenue for Apple. But the lack of point of sales (POS) systems in the U.S. that accept tap-to-pay transactions and a lethargic rate of consumer adoption has so far kept Apple away from NFC technology. 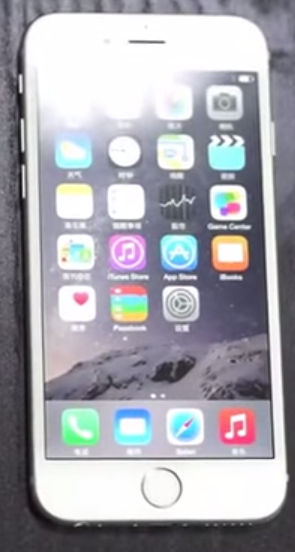 As seen in the PhoneEvaluation video, Apple’s Passbook icon has a new extra coloured tab (red). That further indicates that Apple has decided the time is finally right to add a payments function to the iPhone.

What does this mean for marketers? Apple has a way of taking technology use from the early adopter stage to the mass adoption stage. Mobile payments could suddenly become a go-to method of payment instead of a novelty. Marketers in retail will want to think of ways to motivate customers to make payments with their iPhones at in-store locations.

The size of the mobile payments market is growing fast, according to eMarketer. In the U.S., it was a $746 million market in 2012 and that increased 114 per cent to $1.6 billion in 2013. About eight per cent of US smartphone users made a mobile proximity payment – the kind using an NFC chip – in 2013.

Tying loyalty programs that are already in PassBook to the payments is one obvious way to do so – customers could be assured of always maximizing their loyalty points when making payments in this way. Marketers could also have a new opportunity to redesign store layouts, offering payment access points throughout a store and shaking up the checkout counter model. Think of the way Apple is already selling things to people in its own stores – sales people complete transactions using iPads simply by having the customer authenticate with their iTunes account.

As seen in the PhoneEvaluation video and in the rumour mill for many months now is the possibility of a launch of a 5.5-inch iPhone. Larger screen-size phones, in the five-inches and up category, have become increasingly popular with consumers in the past year. Samsung is perhaps best associated with releasing devices in its Galaxy line of products that have larger and larger screens. Apple may now feel enough pressure to meet that competition with its own option for a bigger screen, while also continuing to offer a model at less than 5 inches.

Digital marketers will want to take note of how that extra screen real estate will effect the way consumers interact with their brands online. Whether its through a mobile app or a mobile-optimized website, a bigger screen could simply mean consumers can see more content in one glimpse. Its possible Apple will release new guidelines for developers to work with to design apps to be optimized for the 5.5-inch iPhone in addition to the current iPhone, iPad mini, and iPad Air screen sizes. Also possible is that the larger iPhone will be configured to work with the tablet versions of apps. Either way, marketers will want to know and work with their user experience and design teams to make sure the customer experience is as good as it can be.

Also worth considering is the possibility that consumers will have another row of apps accessible from the home screen. That probably means that users of larger iPhones will start using more apps more often. Thinking about how to get on that front page of apps for a user could be a good angle for marketers that want to be as front of mind as possible with their customers.

Introduction of the iWatch

Rumour also has it that Apple will unveil its own smart watch at the event, perhaps designed to work in tandem with its new iPhones. With a bevy of smart watch products being released by the likes of Samsung, Motorola, and LG based on the Android Wear SDK, Apple may have its hand forced in releasing an “iWatch” in order to keep pace with the competition.

Marketers will want to pay close attention to what capabilities such a wearable product supports and how it might interact with existing devices. If Apple does include NFC technology on the iPhone, it’s possible that consumers could tap their watch to the hardware to trigger different actions. If a NFC chip is included in the watch itself, customers may even be able to complete payments without the need to take their phone out of their pocket.

Most of all, just as smartphone apps have become a crucial tool for many brands in maintaining a close relationship with customers, an app for the wrist might be a the next venture to consider for marketers. Just when you thought that you couldn’t get closer to your customer than being in their pocket, now you can leap right out and be strapped on their body with the install of a smart watch app.

Brian Jacksonhttp://www.itbusiness.ca
Editorial director of IT World Canada. Covering technology as it applies to business users. Multiple COPA award winner and now judge. Paddles a canoe as much as possible.
Previous articleApple needs bigger iPhones and Tumblr is a moneymaker, Adobe research says
Next articleOpenMedia kicks off global petition campaign for net neutrality