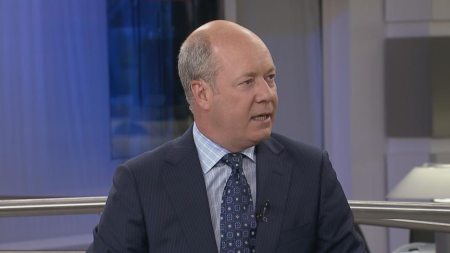 Wellington Financial CEO MarkMcQueen, seen here in a screenshot from an appearance on BNN.

“From a standing start, 20 of our last 25 investments have been toU.S.-based, VC-backed innovation companies,” Wellington Financialpresident and CEOMark McQueen said in the release.

Christine Wonghttp://www.itbusiness.ca
Christine Wong has been an on-air reporter for a national daily show on Rogers TV and at High Tech TV, a weekly news magazine on CTV's Ottawa affiliate. She was also an associate producer at Report On Business Television (now called BNN) and CBC's The Hour With George Stroumboulopoulos. As an associate producer at Slice TV, she helped launch two national daily talk shows, The Mom Show and Three Takes. Recently, she was a Staff Writer at ITBusiness.ca and is now a freelance contributor.
Previous article
SecureKey teams up with Dell for private cloud expansion
Next article
Ooomf gets $500,000 vote of confidence for app discovery platform