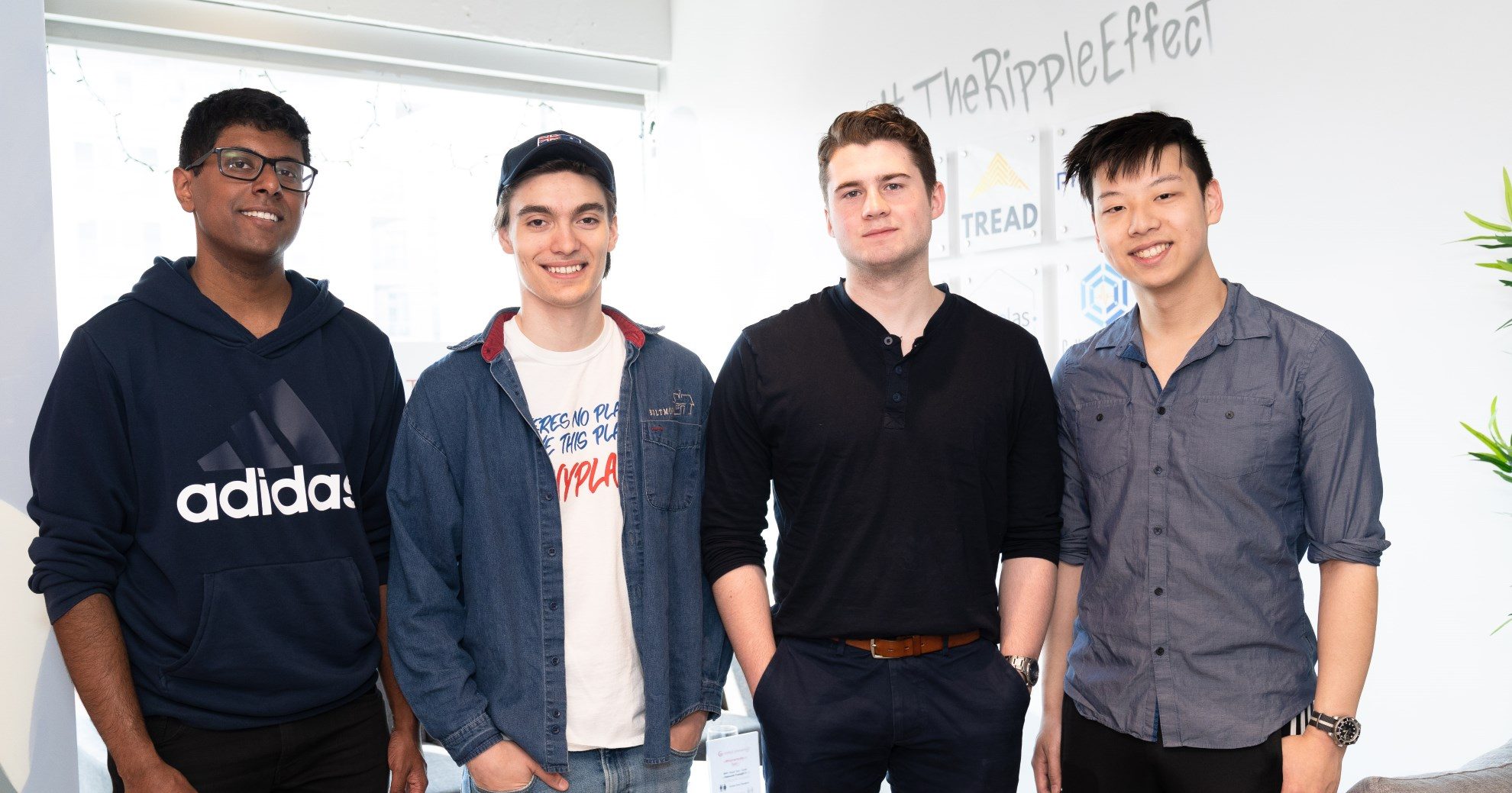 As Canadians increasingly invest in home systems like Alexa and Google home, there’s likely to be an upsurge in voice interface apps. Voiceflow has built technology for anyone to create and design their own apps without needing a coding background.

Quietly, voice interface has woven itself into the fabric of how we interact with our technology. It’s everywhere: in-home systems like Amazon’s Alexa and Google Homes. It’s there when you order a pizza or navigate your bank’s services menu.

“It’s ubiquitous…we think it’s just going to become more so,” says Braden Ream, co-founder of Voiceflow, a platform which lets users create and design voice apps without needing to know how to code.

The startup, which was initially called Storyflow, realized they needed to pivot while designing interactive choose-your-own-adventure-style stories for children to use on Alexa home systems.

“As we were building these stories we realized it was really tough to build the actual app itself,” says Ream. The process was tedious and required flowcharting out conversational flows, scripting, then coding. “You have to do this twice for both Alexa and Google… for us, it was just a big pain and took too long, so eventually, we built an internal tool that made it really easy to do.”

“We’re trying to create design development software that helps people have more natural conversations with technology (and design) better conversations,” says Ream, adding that Voiceflow aims to be the “Adobe of voice.”

Ream, a graduate of the Next 36 program, says he and his co-founders all bonded over the failure of their first startups. But it was the biggest takeaway from their failures – the need to focus – which drew them to work together. “We were wasting time, we were doing all these things that don’t matter,” says Ream. “I think too many people throw around the title serial entrepreneur, I don’t want to be a serial entrepreneur, I just want to do one business really well.”

And Voiceflow seems to be that niche. As of 2018, 15 per cent of Canadian homes had a smart speaker. That number is expected to rise.

“People don’t realize how prevalent voice tech is, there’s a lot of skepticism around voice apps right now,” he says. “(But) the number of them has doubled every quarter.”

Still, people aren’t sure what to do with voice apps yet. But Ream suspects society is in the midst of a paradigm shift already. He likens it to mobile phones.

“When mobiles came out and all the biggest mobile apps were games,” he says. “People thought the only thing you were ever going to use your smartphone for was email and of course that didn’t turn out to be real.”

With voice, it’s the same thing. The most popular apps seem to be games. But voice commerce is growing, says Ream. “It’s already a billion-dollar-plus market.”

And you’re starting to see all these other sorts of use cases pop up. He points to Headspace, the popular meditation app. “It makes perfect sense to have a smart speaker and have it guide you through meditation rather than having to use your phone and tap a whole bunch of stuff just to have a conversation,” he says. “And that’s just one use case… as more and more of these use cases get unlocked, hopefully, they’re built with Voiceflow.”