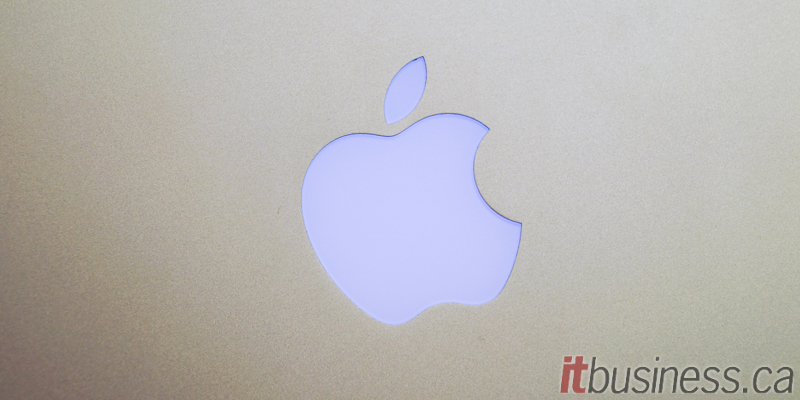 Fueled by accelerating growth from its wearables and services business, Apple experienced a strong fiscal 2019 with its highest fourth-quarter revenue ever, the company revealed this week, despite under-performing Mac and iPhone sales.

Accessories such as the wireless AirPods and Apple Watch experienced a significant rise in sales, from $4.2 billion in the previous fourth quarter to $6.5 billion during this year’s fourth quarter.

In an Oct. 30 press release, Tim Cook, chief executive officer of Apple, said he sees strong sales of their wearables such as the AirPods Pro in the near future, and that the company is “optimistic about what the holiday quarter has in store”.

The financial results for Apple’s fiscal 2019 fourth quarter ended Sept. 28, with the company reporting a two per cent increase from its previous Q4, posting quarterly revenue of $64 billion. The company also reported a four per cent increase in its quarterly earnings per diluted share which totaled $3.03 this time – setting a new fourth-quarter record. Sixty per cent of this quarter’s revenue came from international sales.

Apple did not provide any specifics about the number of Apple Watches or AirPods it has sold. Business Insider reported that in response to an analyst’s question on the company’s earnings conference call, Cook reiterated that “we’re not releasing the precise number of wearables. But nice try trying to get me to say that.”

Pragya Sehgal
Born and raised in the capital city of India - Delhi - bounded by the river Yamuna on the west, Pragya has climbed the Himalayas, and survived medical professional stream in high school without becoming a patient or a doctor. Pragya now makes her home in Canada with her husband - a digital/online marketing fanatic who also loves to prepare beautiful, healthy and delicious meals for her. When she isn’t working or writing around tech, she’s probably watching art films on Netflix, or wondering whether she should cut her hair short or not. Can be contacted at psehgal@itwc.ca or 647.695.3494.
Previous articleVoiceflow’s eloquent solution for talking to technology
Next articleSmall businesses outside of big cities driving Shopify’s merchant base in Canada