I get the interest in Chromebooks, I really do.

In a cloud-connected world where freely available, access-anywhere software is the norm, Google’s lean approach makes a lot of sense. For less than the cost of an iPad, consumers can access all the power of the web in a hardware form factor that comfortable and familiar. The best part is they won’t be bogged down by installing software, updating it with patches, and otherwise managing their computer experience instead of just getting online and doing what they’re really interested in doing. I think the vision is great. I also think the execution, so far, falls short.

Reviewing the Toshiba Chromebook CB30-A isn’t my first time using a Chromebook, so I knew what to expect when cracking open the lid of this 13-inch notebook reminiscent of MacBook design (but not as slick). I took a positive attitude that I’d find ways to make the Chrome OS experience work for me. Given them I’m already immersed in the Google eco-system of Gmail, Calendar, Drive, Analytics, search, every other cloud service, it should be an easy transition, I figured. But there are too many barriers to have it serve as my go-to PC, and too many inconveniences to even consider it a complementary device in my technology toolkit.

To the cloud!… Unless you’re on the subway

The most obvious limitation of any Chromebook is the fact you really need to be connected to the Internet for it to be useful. We’re all aware of that tradeoff by not and the counter-argument that what you get in exchange is a lower price tag and less hassle managing software. But there’s a few things that either Toshiba or Google could do to make the Chrome OS experience more seamless.

The first is better integrating Google’s offline feature into the Chrome OS. The first time you boot up the computer, you’ll be asked to login or create a Google account to connect to all of Google’s services and your personal files and settings. There’s no way to do this offline, so make sure you’re on a WiFi network to get started. There’s a little tour of Chrome OS you can take that shows you around to some of the key features like where to find the app shortcuts (like Windows Start Menu) or the settings available to you (like Windows System Tray).

What’s not done is a setup for offline usage. If you’re planning to use Toshiba’s Chromebook on the subway, during a flight, or any situation where the Internet is not available, Google’s offline access is a must. It lets you load your documents and make edits, or even reply to emails in your inbox, while offline and then syncs up the next time you’re connected. But this isn’t done as part of the “get started” process. I had to Google for instructions on how to get it set up.

Of course, even doing that won’t solve your problem when using web apps that aren’t provided by Google. For example, I could use the Evernote web app as long as I was connected, but as soon as I was offline, I couldn’t switch between notes.

If you want to make full use of a Chromebook, you should have a smartphone capable of creating a WiFi hotspot and a data plan that supports some heavy usage. After all, a notebook of this size is ideally used while on the go.

Not the best Chromebook option out there

So if you’ve accepted what a Chromebook does and how it works and that’s what your set on buying, then you might be asking “Is the Toshiba Chromebook the best one on the market?”

Nope. Let’s consider the specs on Toshiba’s Chromebook CB30-A and then on the HP Chromebook 14. 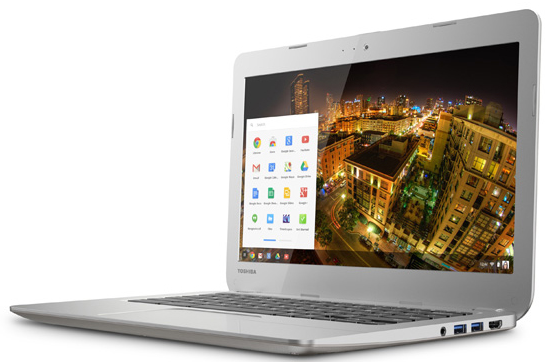 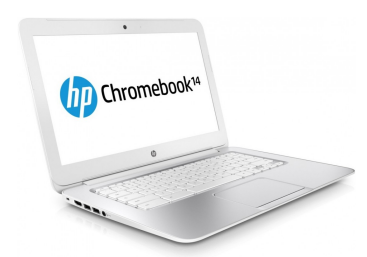 You can see the specs are very similar. But the HP offers a slightly bigger display for $50 less cost. It’s also just slightly larger and heavier than the Toshiba Chromebook, but I don’t think it’s enough of a difference to dissuade anyone shopping in this category.

It’s nice to see more alternative options on the market to Windows notebooks or expensive MacBooks. Just know that buying a Chromebook means you’re limited in what you can do compared to a more traditional laptop. And if you’re set on buying a Chromebook, Toshiba’s option isn’t the best choice.