eSight Corporation has announced the eSight 3 – a pair of third generation electronic glasses capable of restoring sight to the legally blind. The eSight glasses, while not able to restore sight to those who are fully blind, are able to help anyone with vision loss and acuity of between 20/70 and 20/600 reach a baseline of 20/20 to 20/30 vision.

“We do require some existing visual function because that is what we are augmenting,” Brian Mech, president and CEO of eSight, told ITBusiness.ca. “The worst off that we have been able to help is 20/1200, which is legally blind. We can help people that are quite impaired, but if they’ve lost all visual function, then we cannot.” 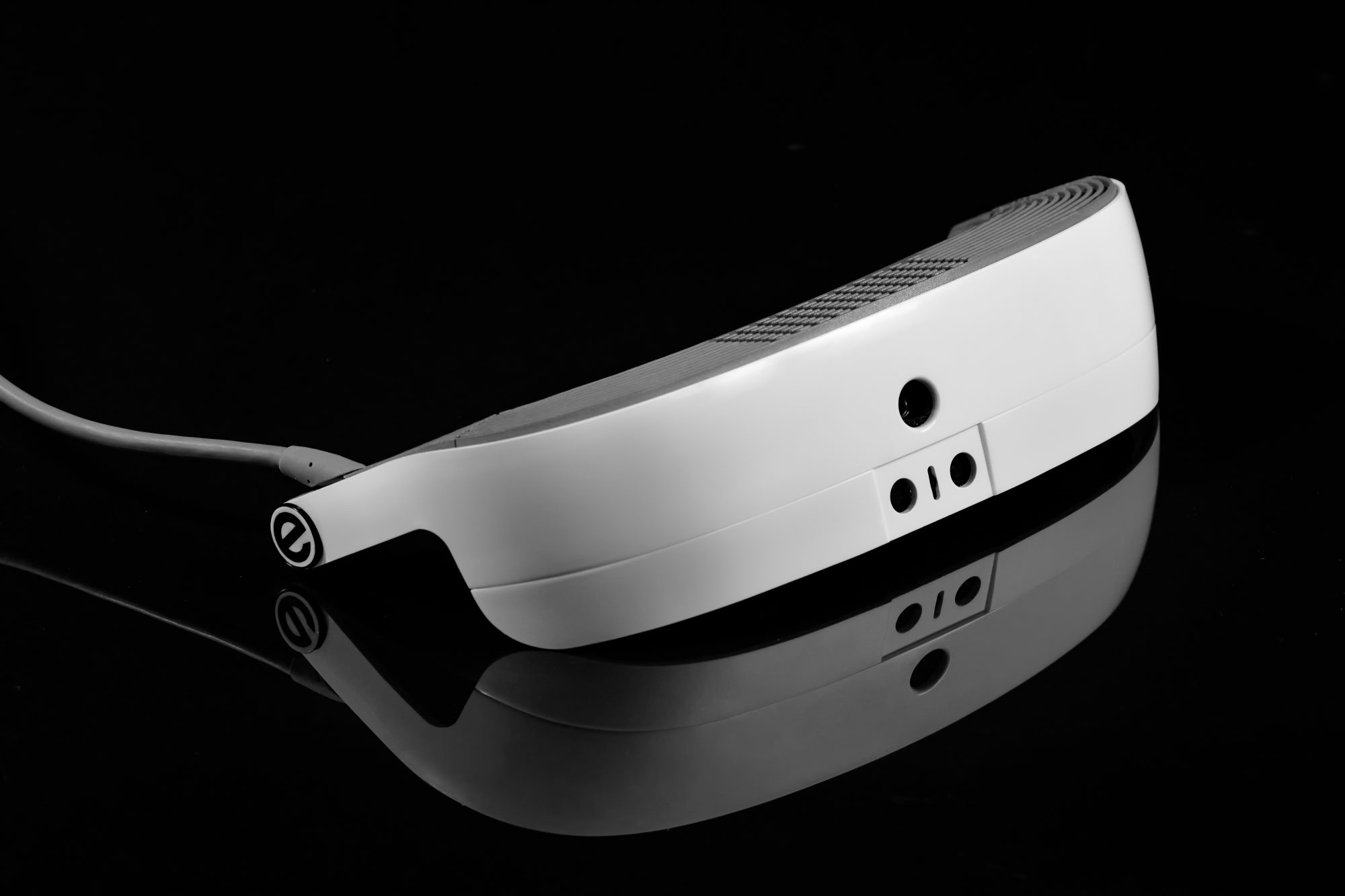 The third generation eSight device represents a significant advance over its predecessors thanks to its new WiFi and HDMI capabilities, not to mention an updated look that is lighter than before, in addition to being more fashionable. If you’re wearing a headset for 12+ hours a day, comfort is key, Mech notes, and making the device lighter is a big step in accomplishing that. Additional features include a microphone, speaker, and flashlight.

The eSight 3 lies somewhere between virtual reality (VR) and augmented reality (AR). Its opaque screens are designed in a way that allows wearers to use their peripheral vision, an extremely important feature that allows them to be mobile. “This is what enables the technology to be completely mobile. You could use it while you are walking, jogging, playing sports, what have you,” said Mech.

Perhaps the biggest improvement is the larger field of vision provided by the glasses, something its community of almost 1000 users has been clamouring for in response to previous generations. Thanks to what the company calls “liquid lens technology,” the eSight lenses automatically focus instantly, and silently, just like your eyes would. In previous generations, users would actually hear the device focus.

But don’t take the company’s word for it. Yvonne Felix, one of the device’s earliest users, provided ITBusiness.ca with plenty of personal anecdotes. 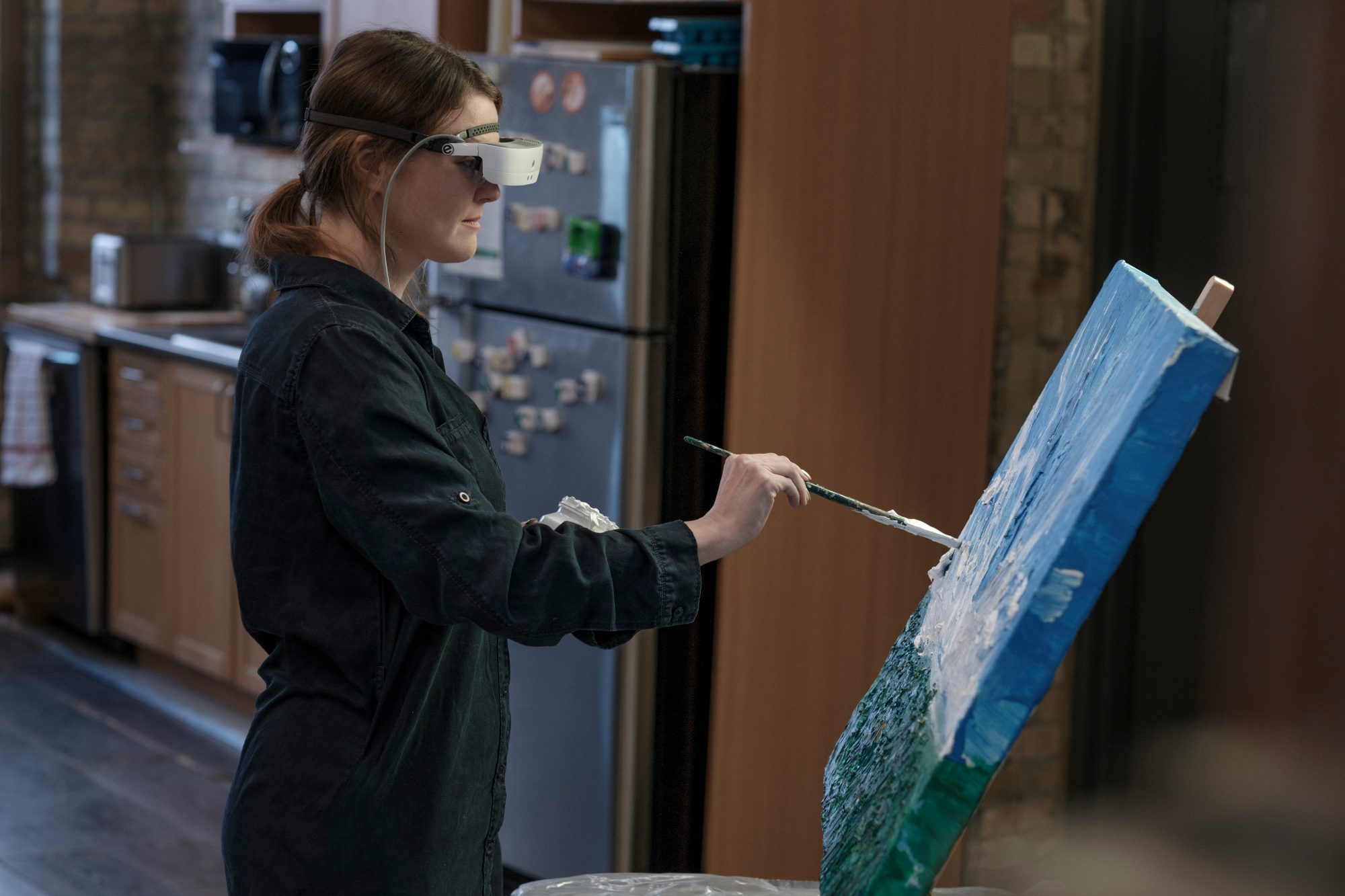 “I’ve been wearing eSight in its various versions for almost four years now, and being able to see is literally an understatement for what the device is actually able to do for me,” she said. “It means I can commute to Toronto and to the U.S., and I can navigate through public transit. I can work full time, pay taxes, and help provide for my family.”

Felix is considered an eSight ‘power user’, or a user who wears the device for 12 to 14 hours. That brings up the question of battery life, which Felix promptly compared to charging a cell phone. The eSight 3 itself has about three hours of battery life, which it can be extended to seven or eight hours with an external battery pack. Since that means one charge can’t get her through the whole day, Felix would usually simply charge the device while she is sitting down.

“It’s sort of like your phone. A lot of people when they’re just sitting down, at Starbucks for instance, will plug their phone in. It’s the same thing,” she said.

With WiFi and HDMI capability comes the ability to stream a computer or smartphone screen right into the device. This VR feature can input whatever is being viewed on screen directly into the headset wirelessly or through a cable. The user can even use their head to pan around the screen. 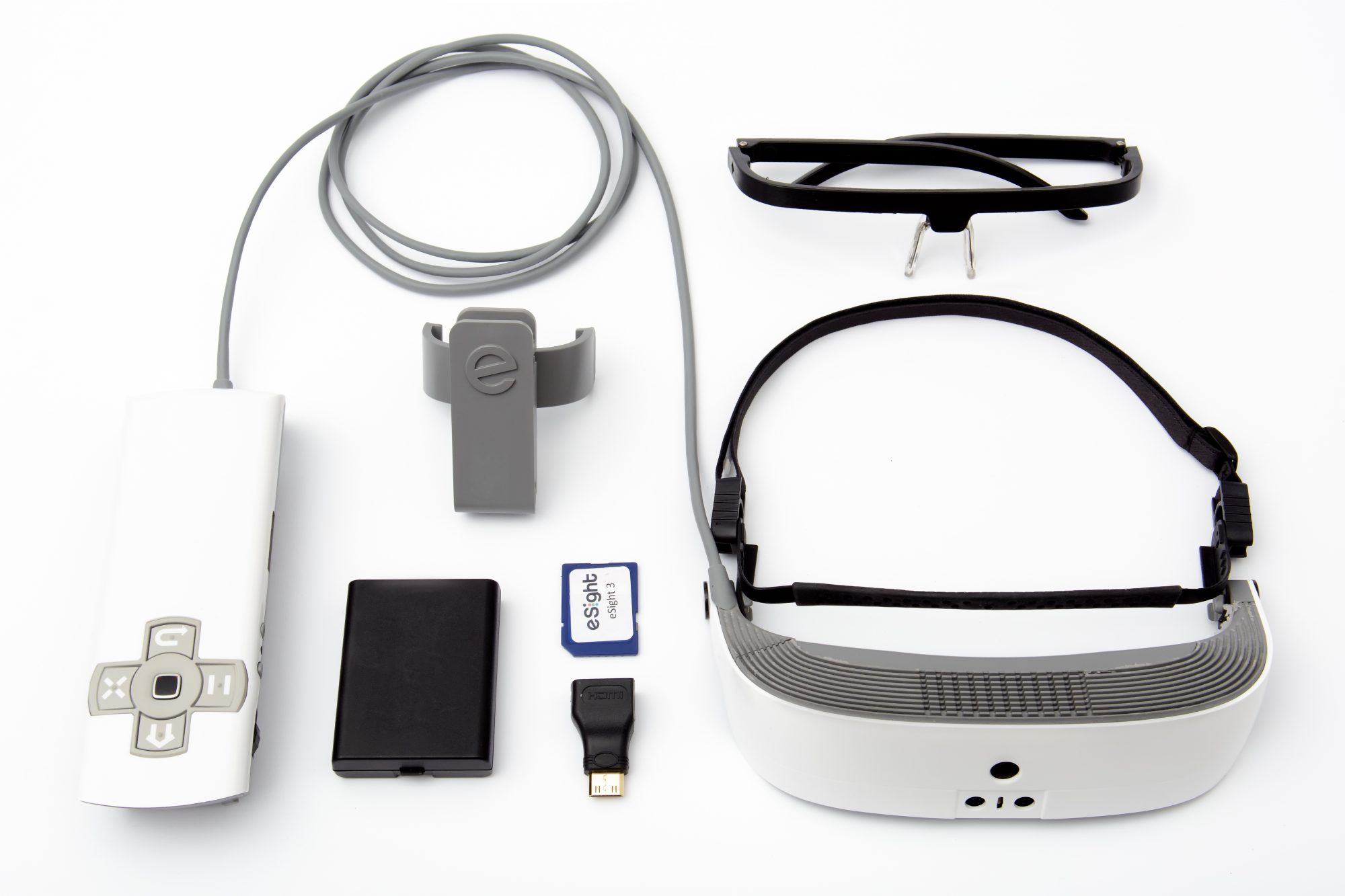 Despite the plethora of new features, a reduced price is really the impact eSight hopes to have with the device. Now that the company knows that the glasses do work, they can focus on making it more compact and cost effective in order to put it in the hands of people who will truly benefit from it. If Felix is any indication, this device can change lives.

“I get to go to work and provide for my family, and come home and play Scrabble with my five year old,” she said. “I can read my own mail and see the dirt in my house that needs to be clean. All these things that I think people take for granted on a regular basis are the things I get to do.”

“Those are the struggles in life with low vision, just trying to keep my head above water and tread and cope on a daily basis, and you know, try to navigate the world with the limitations that I had,” Felix continued. “I don’t have those limitations anymore. It’s a choice if I want to ask someone for help, it’s not because I have to ask them.”

The eSight 3 is now available for $9,999.95. The company has also launched an affordability program for low-income users. For more information check out the company’s website.

Alex Raduhttp://www.computerdealernews.com
is a Video Producer for IT World Canada. When not writing or making videos about the tech industry, you can find him reading, watching TV/movies, or watching the Lakers rebuild with one eye open.
Previous articleBuild trusted relationships in record time with AI-powered sales platform Nudge.ai
Next articleFormer Facebook exec launches AI-powered customer engagement startup