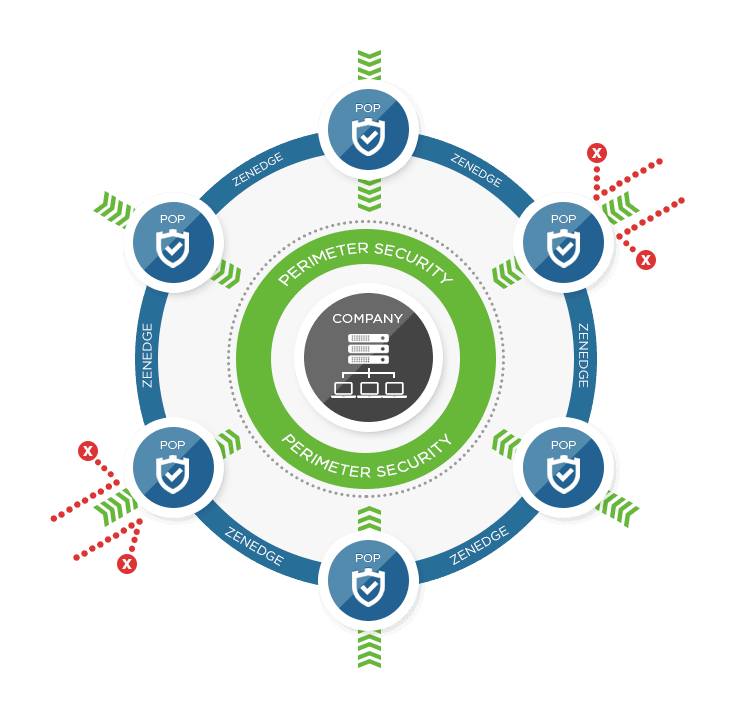 Zenedge provides a perimeter defense around an organization’s IT infrastructure. Basically, instead of server requests going directly to a company’s servers, they first connect to one of Zenedge’s cloud servers which determines if it’s malicious or not, and only lets clean traffic through.

This also protects organizations from Distributed Denial of Service (DDoS) attacks that can render websites inaccessible by flooding servers with junk requests so that legitimate requests can’t get answered.

The size of DDoS attacks has been dramatically increasing over the past couple years, making them increasingly difficult for corporate IT to mitigate on their own. In the past quarter, nearly three out of five attacks generate more than 1 Gigabits per second (Gbps) at their peak, and one in five reaches 10 Gbps, according to data from security provider Verisign.

Data sovereignty is crucial for many businesses especially in highly regulated industries like law and health care that require certain data to remain in the country. And it could also keep it from being snooped on by foreign governments.

“Telus has always made it a priority to provide customers with exceptional security services, whether securing confidential data for major enterprises or delivering better healthcare services through safer technology,” stated Telus VP and CSO Kenneth Haertling, who will be joining Zenedge’s board of directors. “We’re looking forward to drawing on Zenedge’s expertise to enhance our end-to-end security offerings.”

David Hamiltonhttp://davidihamilton.com/
As a journalist, I delve into topics where technology and society collide. I’ve written for Canadian newspaper The National Post, and posted more than 3,000 articles on technology related to the Internet as a staff writer for trade publication the Web Host Industry Review. And I host and produce a podcast called Techish.
Previous articleSalesforce Marketing Cloud uses data analytics to predict what customers will do next
Next articleTop 10 analytics tips from Data Marketing 2015 conference