Chamath Palihapitiya is once again investing in the Canadian tech scene that nurtured his Silicon Valley roots.

The prominent Valley venture capitalist and ex-Facebook executive isreportedly paying up to $20 million over the next three years topersonally buy amajority stake in Toronto-based mobile development shop Xtreme LabsInc., according to AllThingsD. 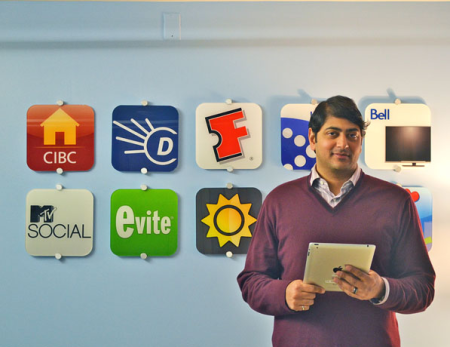 Old school ties may have played a role in the Xtreme Labs deal, sincePalihapitiya and Varma are both University of Waterloo gradsin electrical engineering. Although Palihapitiya is now one of thehottest financiers under 40 in the Valley, he was born in Sri Lanka butgrew up in Canada.

Palihapitiya told AllThingsDthat he has put $6 million intoXtreme Labs up front and committed $20 million over the next threeyears.

Palihapitiya joined Facebook in 2007 and was responsible for launchingFacebook Platform (which allows third-party developers to create andintegrate applications with Facebook) and Facebook’s online advertisingchannel. He launched the Social+Capital VC firm when he left hisposition as v.p. of user growth, mobile and international expansion atFacebook in June 2011.

The tech investor is also a pretty ace poker player. He placed eleventhatthe 2012 World Series of Poker in June, good enough to leave the tablewith winnings of $53,000 and change.

Christine Wonghttp://www.itbusiness.ca
Christine Wong has been an on-air reporter for a national daily show on Rogers TV and at High Tech TV, a weekly news magazine on CTV's Ottawa affiliate. She was also an associate producer at Report On Business Television (now called BNN) and CBC's The Hour With George Stroumboulopoulos. As an associate producer at Slice TV, she helped launch two national daily talk shows, The Mom Show and Three Takes. Recently, she was a Staff Writer at ITBusiness.ca and is now a freelance contributor.
Previous articleMany Canadian workers see desktops as a dying breed
Next articleRogers extends One Number service to iPad, home phone