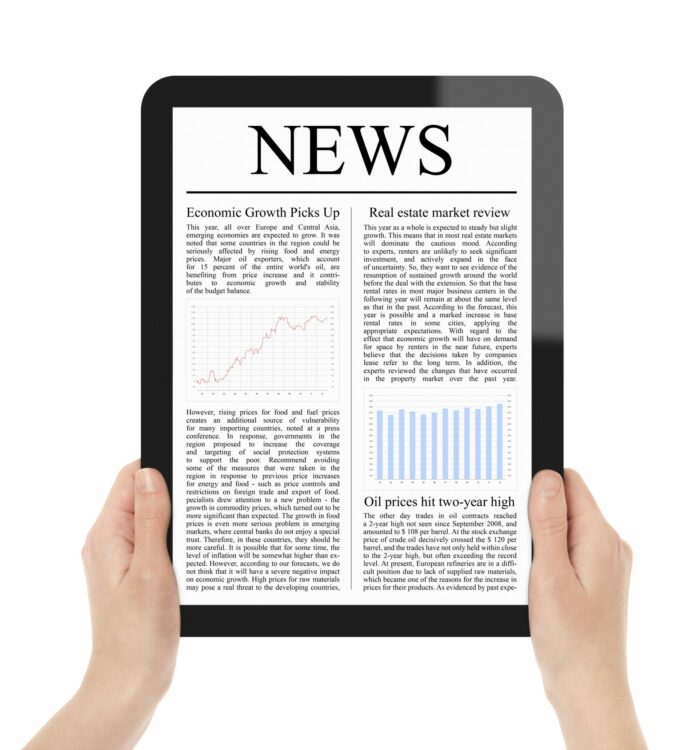 Businesses looking to jump into the mobile space, take note – more and more often, customers are checking out websites through tablets, instead of desktops, laptops, or even smartphones.

More and more often, the consumer’s mobile device of choice is the tablet, with mobile users viewing 70 per cent more pages per visit on tablets than on smartphones, according to the annual mobile consumer survey from Adobe Systems Inc.

Released at the end of June, the survey polled more than 3,000 mobile users in the United States, Canada, the United Kingdom, France, and Germany to find out what they wanted from their mobile experiences. The survey found that, while the smartphone is still the primary mobile device among 77 per cent of users, the tablet is only expected to gain more traction as consumers seem to prefer bigger screen sizes when browsing the Web.

And if the rush of users adopting tablets as their go-to web browsing devices isn’t enough to convince businesses to adopt a mobile-first approach, the Adobe survey also found tablet users were more likely to spend money while viewing web pages than smartphone users. A solid 71 per cent of iPad users and 62 per cent of Android tablet users said they spent more than $250 while using their devices in the past year. About 59 per cent of iPhone users and 53 per cent of Android smartphone users spent within that range when using their phones.

Tablets now account for about 62.5 per cent of mobile sales, the report added, with about half of that going to products such as clothing, shoes, and jewellery.

Advertising in the mobile space is also becoming a bigger consideration among businesses, with 31 per cent of consumers checking out mobile ads through mobile web sites and another 25 per cent clicking on ads via mobile apps in the past three months. Consumers also seem to prefer more personalized ads targeted towards their preferences when looking through mobile sites.

Small to mid-sized businesses building apps or web pages for mobile viewing may want to work on more tablet-friendly web experiences for their customers, considering either apps or responsive web design as ways of making their content more accessible. Fifty-eight per cent of respondents said they’d rather use apps or responsive websites to view content, while 42 per cent said they’d rather download apps, showing maybe not all users want to download and upgrade apps regularly.

Candice Sohttp://www.itbusiness.ca
Candice is a graduate of Carleton University and has worked in several newsrooms as a freelance reporter and intern, including the Edmonton Journal, the Ottawa Citizen, the Globe and Mail, and the Windsor Star. Candice is a dog lover and a coffee drinker.
Previous article
Canadian schools miss the podium at international coding contest
Next article
Vancouver startup offers ultra-fast Internet service to SMBs