Palo-Alto-based Hewlett-Packard Co. pulled back the curtain on its new line of computers to be released this Fall, including six mobile personal computers.

Timed to match the launch of Microsoft’s Windows 7 operating system, the laptops include two smaller sized netbooks (HP calls them “Minis”), a business laptop, and a new consumer brand dubbed “Envy”. The new mobile computers from HP show a focus on style while trying to strike a balance between performance and portability – doing away with optical disc drives.

As PC manufacturers explore the computing gap between the smartphone and the desktop computer, many experiments will seek to find the trade-off that sits right with the consumer. That trade being performance for mobility or vice-versa, says Phil McKenney, lead of personal systems group for HP.

If HP’s laptop lineup provides any sort of answer, a slightly bigger netbook or slightly smaller notebook appears to be its bet on form factor. The lineup includes the ProBook 5310m, Pavilion dm3, Mini by Studio Tord Boontje, Mini 311, Envy 13 and Envy 15. 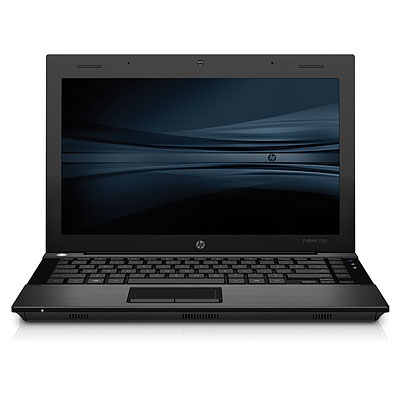 The one laptop being released in HP’s business line is designed to be a typical worker’s main computer that can also travel easily. It is one big step up from a netbook with its processing power and screen size, but not quite a full-powered work station either.

“It’s a nice, niche portable product for those on the go that want a bigger screen than a Mini,” says Darren Leroux, product manager of commercial notebooks, HP. “It’s for the PowerPoint professional who’s out and about [and] has to develop some more complex work.”

One big choice buyers of the ProBook 5310m will have to make is what processor to have installed. Opting for the Intel Core 2 Duo — and it’s 6 MB of L2 cache and higher voltage — will make a lot of difference in performance, but will cost a premium. On the other hand, Intel Celeron dual-core offers 1 MB of L2 cache and lower voltage.

“If you’re not at worried about performance as you are about price point, you’ll look at the Celeron,” Leroux says. “It’s taken some leaps and bounds in the last couple of years. It’s a very good technology,” Leroux says.

A new type of polymer Li-ON battery makes this laptop’s battery more flat than cylindrical, helping to keep its trim profile. The laptop will launch with a four-cell battery, and a six-cell battery will be available later this year to improve battery life from seven hours to 10 hours.

Price and availability: Available in Canada starting in November at $699.99.
Specs: 4.2 lbs, 13.3” diagonal LED screen, choice of AMD or Intel processor, up to 500 gigs storage, option for discrete graphics card.

Though this is in HP’s consumer line, small business types may want to consider this laptop. HP describes it as “the ultimate balance of mobility and performance in an affordable all metal, thin and light design.” The laptop offers a lot of customization in its options.

Plus, the screen is much brighter than older model laptops, say Fredrik Hamberger, director of Americas notebooks for HP.

“You won’t get tired of looking at it,” he says. “We think the 13″ screen is the sweet spot for the mobility part of the line-up.”

A stamped aluminum shell adds some stylish design to this laptop. 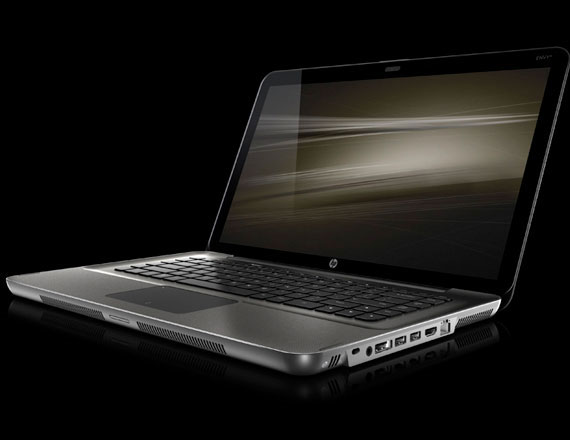 HP’s new Envy line is definitely targeted at the consumer. But the design and performance of these are likely to get some drool factor from business types. An all-magnesium case is designed to make the laptops lighter, and a laser etching just makes them look good.

The Envy 15 has the option of a quad-core processor, more RAM than anyone sane would install and can support two solid state drives. Users who want an optical disk drive can buy an external add-on that also includes two USB ports, to act as a hub.

The screens are rated at 400 nits – meaning they are twice as bright as last year’s brightest screens, Hamberger says.

Users looking for more battery life can add it with a slice battery that attaches at the base of the Envy laptops. It adds bulkiness, but means the four to six-hour battery life goes up to 15 hours.

The new netbooks from HP show another bump up in screen size. There’s also improved 3D graphics acceleration from Nvidia.

A Dutch designer gives the new model some added style. HP is likely trying to make netbooks not resemble a toy.