The University of Toronto is holding its first startup job fair for students and grads of tech related faculties.

The Startup Career Expo is slated forOct. 11 at U of T’s Hart Houseand organized by You’re Next Career Network, a campus groupdevoted to helping U of T students find jobs. So far about 15 startups(all Canadian firms except for two from California) have signed up totrawl for talent at the event, which is aimed at finding startup jobsfor students and alumnifrom engineiering and computer science disciplines.

“Our goal is to get up to 35(startups attending) in total in thenext month. We’re in talks with a lot more people just waiting toconfirm,” said Anmol Kaur, managing director of the event. “We’reexpecting around 900 students to attend.” 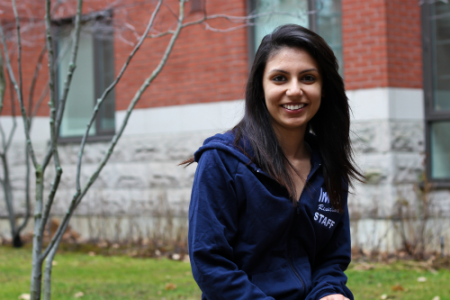 Organizer Anmol Kaur expects about900 students to attend the upcoming Startup Career Expo at U of T.

Along with the proliferation of new incubators, accelerators and $400million in venture capital funding announced in the lastfederalbudget, the event may be another sign that Canada’s startup scene isgrowing and maturing. Kaur hopes the event will make more studentsrealize that Canada’s startup sector is now substantial enough to offerthem a viable career option.

“A lot of people really don’t know what it means to work for a startupso it can showcase all that and get people connected,” Kaur said.

Kaur knows whereof she speaks. She spent two years involved with thenational youth organization Impact Entrepreneurship and is working thissummer as an intern at Xtreme Labs, a Toronto startupspecializing inmobile product and strategy development. Both experiences have openedher eyes to the career potential at Canadian startups. Sheacknowledges, however, that launching a startup or working for oneflies in the face of many students’ plans to find a job with a hugemultinational company after they graduate.

More common in U.S.
“A lot of people are still in that mindset but that’s what drove theidea for this event, the fact that if you haven’t had exposure to astartup, you really don’t know,” said Kaur, who just finished her thirdyear of electrical engineering studies at U of T.

Career fairs catered specifically to the startup sector are common inthe U.S., with versions held by Stanford, Harvard and Cornelluniversities among others. The New York City Startup Job Fair has grownso quickly (120 startups applied to attend in 2011,double the 60 who applied in 2010) that 80 startups turned away due tolack of space quickly launched their own separate event.

Some startup job fairs have been held here in Canada by organizers suchas the Techvibes news site, the McGill Entrepreneurs’ Society and theWeb Startup Society at U of T (though the latter was obviously limitedsolely to Web firms). But based on a quick online search goingback to 2008, such events seem to be eithermuch smaller or held less frequently than similar ones in theU.S.

The Oct. 11 event at U of T costs $250 for startups and is free forstudents and graduates to attend.

Christine Wonghttp://www.itbusiness.ca
Christine Wong has been an on-air reporter for a national daily show on Rogers TV and at High Tech TV, a weekly news magazine on CTV's Ottawa affiliate. She was also an associate producer at Report On Business Television (now called BNN) and CBC's The Hour With George Stroumboulopoulos. As an associate producer at Slice TV, she helped launch two national daily talk shows, The Mom Show and Three Takes. Recently, she was a Staff Writer at ITBusiness.ca and is now a freelance contributor.
Previous articleVancouver’s Sitemasher team plays key role in newly unveiled Salesforce Communities
Next articleAdding Gmail to Google Search: A marketing dream or disaster?