Sony’s next Xperia flagship device is coming this summer, and it’s got a heavy focus on its camera and 4K display.

Fans of the Xperia line are drawn to it for its camera features, and Sony is stepping up to the plate with the Xperia XZ2 Premium to deliver a phone that can record video in 4K HDR and then play it back on a 5.8 inch 4K display. Sony says that being able to capture video footage at ISO 12,800 is the highest ISO ceiling for video recording to date on a smartphone.

The smartphone has a dual-rear camera setup of 19- and 12-megapixel sensors that use the the company’s AUBE fision image signal processor that supposedly enables that high ISO sensitivity. On the front, the XZ2 Premium has a 13-megapixel selfie camera. The XZ2 Premium can also record 980 fps slow-motion video in 1080p – a step above other devices’ slo-mo capabilities at 720p. 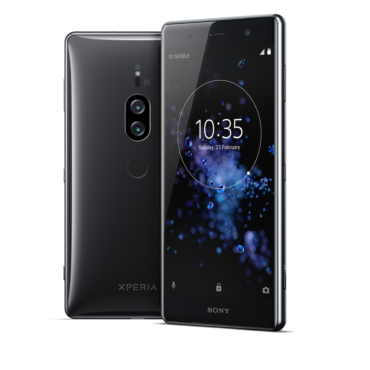 The specs for the XZ2 Premium include a Snapdragon 845 chipset, 6 GB of RAM, a 3,540mAh battery, Android 8.0 Oreo, and S-Force surround sound. With that stereo speaker combined with its 4K capabilities, Sony is really reaching towards making the XZ2 Premium a great media device for TV and movies.

The XZ2 Premium also has wireless charging, Corning Gorilla Glass 5 on both sides, and is IP68. It will be available in Chrome Black and Chrome Silver.

Pricing is currently unavailable for the Xperia XZ2 Premium. Sony says that the smartphone will release globally this summer.

Alex Raduhttp://www.computerdealernews.com
is a Video Producer for IT World Canada. When not writing or making videos about the tech industry, you can find him reading, watching TV/movies, or watching the Lakers rebuild with one eye open.
Previous article
Canada boasts growing ecosystems, especially in AI and manufacturing, according to report
Next article
Robot e-learning platform SmartGurlz arrives in Canada