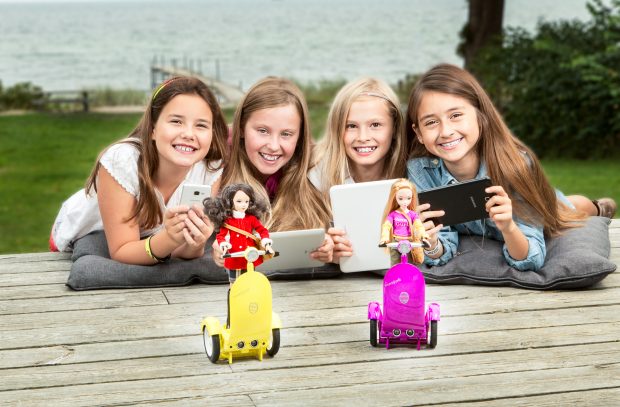 It’s no secret that women women represent the majority of young university graduates, but are still underrepresented in STEM fields.

While 50 per cent of boys surveyed are very or extremely interested in careers involving coding or programming, only 27 per cent of girls report the same level of interest, according to a recent survey from Actua. To help get more Canadian girls interested in STEM, Canadian Classroom, a distributor of educational technologies, has introduced SmartGurlz to Canada.

Girls have the same capabilities as boys, however there are many differences in the way they learn and play, says Johanna Garcia, founder of Canadian Classroom, citing studies that show there is a difference in the brain development of girls and boys.

“The educational toys that are available in the market are created having in mind the structure of the male brain, more math and mechanics driven toys. This makes girls feel less interested in these type of toys,” explained Garcia. “SmartGurlz is the world’s first coding robot for girls.”

SmartGurlz, available in the U.S., Europe, and as of March, in Canada, takes girls through the basics of coding by asking them to program Siggy – a fashion doll that rides around on Segwey-style scooters – to go for a spin. Siggy can cruise in a straight line, zig-zag or perform a coordinated dance routine. One of the toy’s most attracting elements is that it’s not built solely on structured lessons, says Garcia.

“While there are sections that initiate girls to code using structured lessons, there is another section (sugarcoded) where they can use their imagination and build custom codes the way they want. So once they are able to master the suggested codes, they can start to make their own,” says Garcia.

Girls can also code using only the app and see the doll performing only on the screen.

“They have the option of using code to see Siggy in action on the floor or just on the screen if they don’t have the Siggy,” explains Garcia.

Last year, 10,000 SmartGurlz dolls were sold in the U.S. Garcia says data from SmartGurlz suggests that boys like to use the robot toy as well, and it’s led to SmartGurlz working on a robot toy addressed specifically to boys. SmartGurlz is available in Canada for $107.