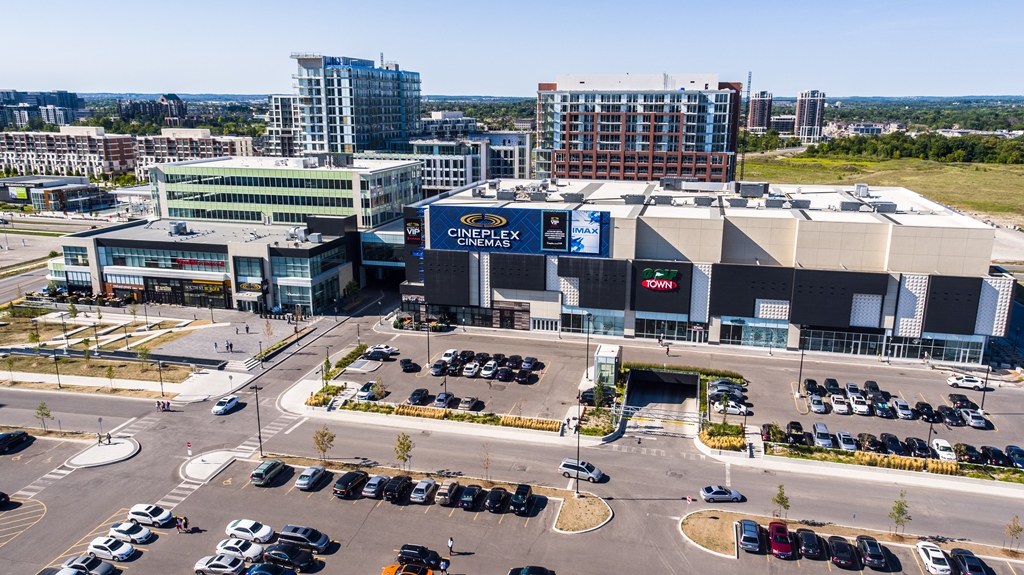 A large number of Scene card holders recently lost thousands of points to a fraudulent activity.

On Sept. 27, affected customers received emails from customer support titled “Important update about your Scene account”. ITBusiness.ca obtained a copy of the email.

The message goes on to say that fraudulent activity had been detected on the customer’s account. Scene is an entertainment rewards program offered by Scotiabank and Cineplex. 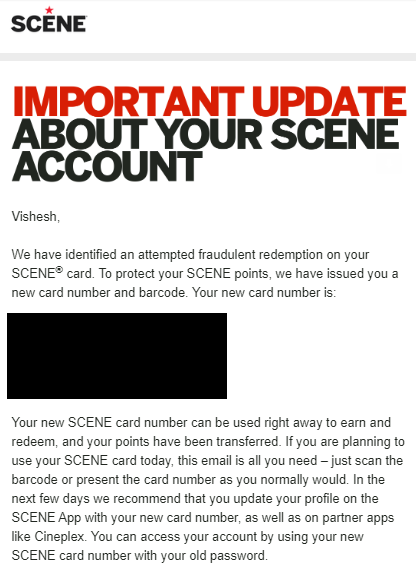 Scene explained that the fraudulent activity was not related to the loss of any data. Customers were also promised that their points will be reimbursed soon.

The very next day, the company sent out emails to the affected customers again to tell them that they had been issued a new Scene card because of the attempted fraudulent redemption on their card. The company reimbursed customers’ Scene points into the new cards and issued a new card number and barcode. 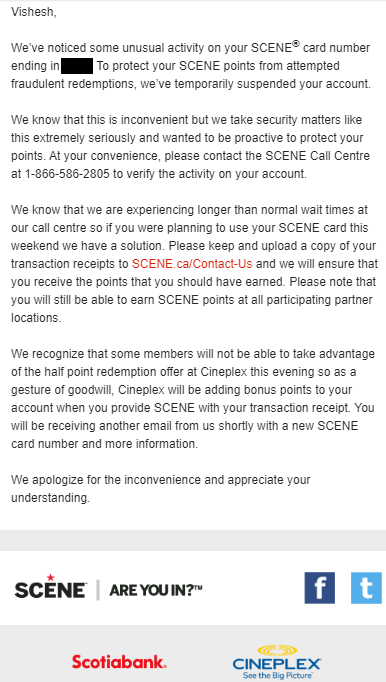 A few Scene card holders reached out to ITBusiness.ca to confirm that their points have now been restored.

“I was shocked to see this email and 4,000 points being vanished from my Scene Account,” said Vishesh Kumar, a Scene card holder who was affected by the fraudulent activity. “I was issued a new card the very next day with all my points restored into it, but I still think the company could have done something more for me and other affected members”.

Pragya Sehgal
Born and raised in the capital city of India - Delhi - bounded by the river Yamuna on the west, Pragya has climbed the Himalayas, and survived medical professional stream in high school without becoming a patient or a doctor. Pragya now makes her home in Canada with her husband - a digital/online marketing fanatic who also loves to prepare beautiful, healthy and delicious meals for her. When she isn’t working or writing around tech, she’s probably watching art films on Netflix, or wondering whether she should cut her hair short or not. Can be contacted at psehgal@itwc.ca or 647.695.3494.
Previous articleHashtag Trending – Zuckerberg is nervous, Facebook unlikes ‘likes’, Amazon Go-ing mainstream
Next articleHashtag Trending – New privacy tools from Google, Alexa goes job hunting, UPS delivery drones approved

Toronto man with ties to tech communities in Toronto and Montreal charged...