This is a true story about sex, computers, the Internet, spying, theft, intrigue, and the police–and it all began this past February when David Krop made the mistake of leaving his two laptop computers inside a locked SUV in a parking garage.

While Krop, 41, attended a brief business meeting in downtown Miami Beach, Florida, a smash-and-grab thief stole the two laptops, a Toshiba and an Apple Macbook. When he returned to his SUV, Krop saw the shattered passenger window and realized that his computers were gone. 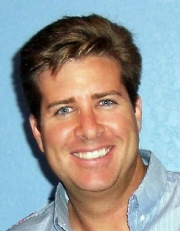 David Krop had two laptops stolen out his SUV, but he refused to let matters end there.

“It’s just a terrible feeling in the pit of your stomach,” Krop, a vice president of marketing at Nationwide Diabetic says. He reported the theft to the police, who were not optimistic the laptops would be recovered. Then he drove home, thinking about the personal data stored on his laptops. He had never planned for a catastrophic event like this–in fact, he hadn’t even bothered to set up a user password to shield the laptops’ contents.

When he got home, though, Krop remembered that he had installed a trial version of remote access software called LogMeIn on his Toshiba laptop. LogMeIn is designed to allow a user to access the desktop of a remote PC; it doesn’t have laptop recovery features of the type you’d find on, say, Absolute Software’s LoJack for Laptops. Connecting to his stolen laptop might be a long shot, but it was the only shot he had.

Seconds after Krop linked to his desktop remotely, a small red box from the LogMeIn connection appeared on the laptop’s screen at the remote user’s end. The person at the other end quickly clicked it off, thereby disconnecting Krop. Krop waited for a few minutes and then reconnected, and this time the user ignored the red box.

Let the Spying and Intrigue Begin

“My eyes just lit up,” Krop says. “Just the fact he was online at that moment was amazing.”

Krop decided to continue his surveillance, collect as much information as he could, and then contact the police to see if they could then get his laptops back. 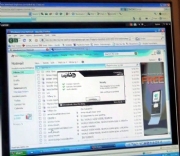 “It was strange, but it was also an incredible feeling,” he says. “It’s like, here’s someone who breaks into my car and stole my computers and I’m breaking back into my computer.”

Krop began capturing screenshots as the person using his laptop perused hundreds of e-mail messages in a Hotmail.com account. Eventually, Krop decided to switch to using his video camera to record what was going on.

“It was unbelievable,” Krop recalls. “I was watching this guy for three hours. At this point, this guy’s got his Hotmail open, a chat box open, Craigslist open, and he’s downloading photos and videos [of nude women] as well.”

And just when Krop thought the accumulating mound of evidence couldn’t get any more incriminating, it did: The laptop’s user initiated a video chat with someone else, and Krop could see the suspect’s face. 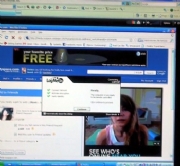 In less than three hours, Krop knew the individual’s name, e-mail addresses, and cell phone number and had a recording of him on video tape. Then Krop paid $10 to an online service that sold him the address linked to the man’s cell phone number. “All this information told me [the man] was living on Miami Beach not far from the scene of the crime.”

The Police Reenter the Picture

Early the next morning, a Saturday, Krop revisited the Miami Beach police, bringing along a DVD containing the incriminating video he had captured as well as a notepad detailing what he had learned.

A police clerk phoned two detectives at home and told them that Krop “had a lot of evidence they needed to see,” Krop remembers. The detectives–Sergeant A.J. Prieto and Detective Matt Ambre–came in even though both were scheduled to have the day off. 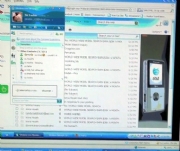 Prieto and Ambre sat and watched the video with Krop. “I think we’ll get those laptops back for you now,” Prieto told him. With the information from Krop’s DVD, Prieto and Ambre quickly found the address in Miami for man who had Krop’s laptop.

Prieto says that when he and Ambre arrived at the suspect’s door, the man was actually using the laptop in question.

“He gave up the computer quickly,” Prieto says. “I think he was aware that something was not right.” The man denied having stolen the laptop, however, telling Prieto that he had bought it for $300 while getting a haircut in a barbershop. The owner of the barbershop, he said, had purchased the stolen Macbook.

The barber subsequently confirmed the Toshiba user’s story, Prieto says, clearing the latter of responsibility for the theft.

“The greatest thing is that in a relatively short amount of time we were able to get the computers back for the victim,” Prieto said.

Krop says that nearly a month later a staff attorney in the Florida State Attorney General’s office contacted him to report that police had arrested the man that they believed had stolen his laptops but that they had to release him because of insufficient evidence.

A Barbershop Visit Turned His Weekend Upside Down

The man who bought the stolen Toshiba laptop says that he was just minding his own business when another man walked into the barbershop and offered him a nice deal on a notebook PC. “This guy comes in and he said, ‘Hey, what’s up? I’ve got two laptop computers to sell.'”

The buyer already had a PC; but it was infected with viruses, and fixing it would have cost $150. “So instead of paying $150 to get my viruses fixed, I thought I’d buy this one for $300.”

Later that weekend, the police arrived at the buyer’s home, looking for two stolen laptops.

“Two days later, I’m sitting in my crib and the police bang on the door,” he says. “They sat me down and said ‘We need the laptops.'”

Did the buyer know that the Toshiba laptop was stolen when he bought it? “I didn’t care whether it was stolen,” he says. “I buy stolen stuff all the time. I don’t care… If I can save $600, I’ll do it.” But now knowing that a laptop can be tracked online, he says he won’t be buying any more computers off the streets.

10 tech devices you’ve been paying too much for