Toronto virtualization management and recovery systems developer PlateSpin Ltd. was at the top of its game when its orbit caught the eye of networking pioneer Novell.

Founded in 2003, PlateSpin specialized in tools that help business users manage virtualization on VMware, Microsoft Hyper-V or Citrix XenServer. In a span of five years the small company grew to a firm of about 150 with over 2,500 customers worldwide. By the time Novell made a bid for the firm, PlateSpin has more than $25 million in annual global revenues.

Novell calls its $205 million offer to purchase PlateSpin a “huge step forward” in its program to automate data centre management. Of particular interest to Novell was PlateSpin’s expertise around server consolidation, disaster recovery and workload portability.

Stephen Pollack, founder of PlateSpin called it: “An offer we couldn’t refuse.”

“We were happy with how our company was progressing. We thought we were doing pretty well. But $205 million was hard to turn down,” Pollack said in a recent interview. 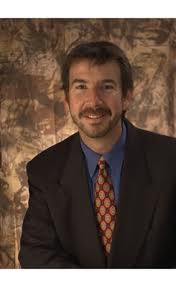 “Overall things went pretty well for everyone in our company,” said Pollack as he looked back on that day in March, 2008 when Novell finally completed its purchase of PlateSpin.

The price was certainly right but more importantly, PlateSpin was not gutted for its technology, its best minds not carted off south of the border and the rest of the staff left to fend for themselves.

Rather than just a mere talent raid as many other mergers and acquisitions are, Novell really intended to integrate its technology with that of PlateSpin.

As a result most of the original staff remained working in their Toronto jobs as PlateSpin retained its name even as it became the Canadian subsidiary of Novell.

“It’s been years now and I haven’t been able to keep in close touch with our original crew,” Pollack apologetically says. “But overall those that stayed to work for Novell advanced their careers within the company. Those that left either established their own startups or did very well in other companies.”

He stayed on with Novell for about four years before being appointed as senior vice president for product management at Blueprint Software Systems, a Toronto company that specializes in collaborative management tools.

Pollack himself only worked as a strategist for around eight months at Novell, “making sure the transition went smooth.” After that he went on an extended vacation and spent more time with his family.

“No, I didn’t buy a yacht or a giant mansion. I’m not that kind of guy,” said Pollack.

“The acquisition was one of the best things that happened to my career,” he said. “I had lots of time for my family and I had money to build another startup again.”

Four years after having his company acquired by Novell, Pollack is once more at the helm of another startup. He is currently CEO of Everest Academy, a private school in Thornhill, Ont. that offers education for grade 1 to 12 students who find it difficult to attend regular classes due to special circumstances. Everest Academy also recently launched an online learning component Everest e-Learning Centre.

Pollack said he could resist the pull of his original passion: “building a company from ground up.”

InsideSpin, the site he built in 2008 and continues to run today, is geared towards helping other entrepreneurs build or improve their startups. “Working at PlateSpin, I gained a lot of valuable knowledge and experience which I thought I could impart to other startup business owners,” he said.

InsideSpin provides both new and serial entrepreneurs access to a global community mentors and experts from various disciplines who can impart knowledge and guidance based on their insights and experiences.

Pollack also serves as one of the advisors and speakers in many programs hosted by the VentureLAB , a research and innovation centre in Markham, Ont. He also continues to serve as an advisor or board member to a wide variety of company which includes Embotics, VM6 Software and Kaviza.

PlateSpin escaped being broken up largely because its products were integral to Novell’s plans. At the time leading to the purchase Novell made no bones about it, PlateSpin’s technology would help the U.S. firm realize its dreams of enhancing the management of physical and virtual workloads.

“Our PlateSpin acquisition provides a critical piece in completing our commitment to delivering the best and most complete IT management solutions and platform for mixed IT environments for both physical and virtual infrastructures,” Ron Hovsepian, then CEO for Novell announced at the time of the acquisition.

“We were missing a couple of pieces,” said Joe Wagner, senior vice-president and general manager of Novell’s systems and resource management division when the company bought PlateSpin.

Development of other PlateSpin-based products went on while the company was a Canadian subsidiary of Novell, according to Pollack.

“Novell continued to upgrade and offer these tools to customers up to time Novell it self was purchased by Attachmate Corp. for $2.2 billion” in November of 2011, he said.

“I guess it goes to show how effective and popular with users the PlateSpin name is,” said Pollack.