At the Bett Show in London, UK, Acer introduced two new Chromebooks, the next iteration of the Chromebook 11 and a new 360-degree Chromebook Spin 11. A new Acer Chromebox with 8th generation Intel Core processors was also revealed. 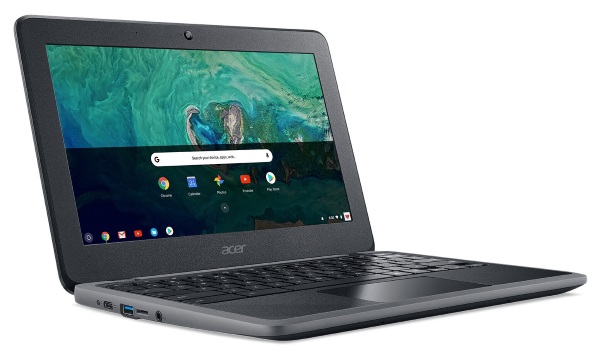 The newest version of Acer’s affordable Chromebook 11 is highlighted by the addition of two USB-C ports, an increased battery life to up to 12 hours, a support for the Google Play Store and all the Android apps within. This is all packed into the rugged and compact design that education users have become accustomed to for protection against object and water intrusion.

It’s equipped with either an Intel Celeron dual-core processor N3350 or quad-core processor N3450. On top of the USB-C ports, it also has two USB 3.0 ports and a MicroSD card reader. Unfortunately, whether a user opts for a touch-screen or not, the 180-degree, 11.6-inch display can only support a 1366 x 768 resolution.

The Acer Chromebook 11 C732 will be available this March in North America for education and commercial customers. The touch model is available for $409.99 CAD, while the non-touch model is $379.99. 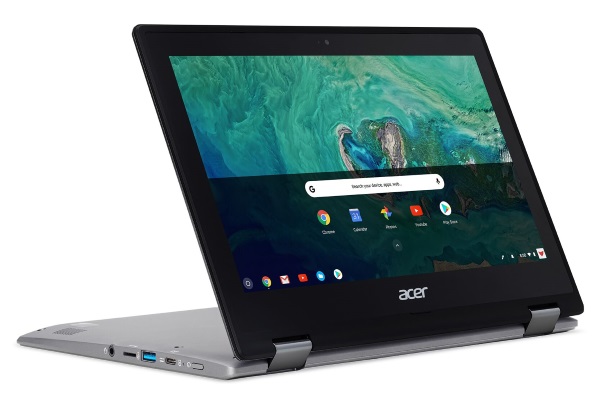 If you’ve ever looked at the 180-degree display of the Chromebook 11 and wanted more, then the Chromebook Spin 11 is for you. This iteration of the Acer Chromebook has four modes due to its 360-degree hinge.

To take advantage of the new display capabilities, an optional Wacom EMR stylus can be included. Otherwise, it’s has the same tech specs and capabilities as the regular Chromebook 11, minus a couple of hours of battery life.

The Chromebook Spin 11 CB311-1H/1HN will ship in March across Acer retail channels starting at $399. 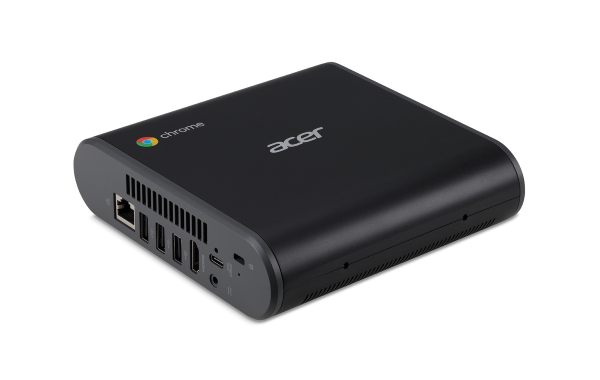 The latest version of the Acer Chromebox is highlighted by the boost in power up to 8th generation Intel Core processors, as well as a new USB-C port. Through security updates via Chrome OS, Acer says that the Chromebox is designed for education users for desktop scenarios in computer labs and libraries.

The new Chromebox also has either five USB 3.1 or USB 2.0 ports depending on the model, one HDMI port, one Gigabit Ethernet port, and a MicroSD card reader.

Pricing and availability for the Acer Chromebox CXI3 is currently unavailable.

Alex Raduhttp://www.computerdealernews.com
is a Video Producer for IT World Canada. When not writing or making videos about the tech industry, you can find him reading, watching TV/movies, or watching the Lakers rebuild with one eye open.
Previous articleLeaders in Davos acknowledge AI’s potential for good, but point to unanswered questions
Next articleICTC to spend $3 M of CanCode funding to ‘bring business challenges into the classroom’

Google is replacing some Android apps with web apps on Chromebooks