Most financial institutions embracing digital transformation in theory, but not practice: OpenText

A new report released Tuesday by OpenText and ITBusiness.ca parent ITWC has found that when it comes to digital transformation, Canada’s financial institutions are talking the talk, but not walking the walk.

According to the report, “Road to digital transformation in Canada’s financial services and insurance sectors: Assessing digital shockwaves,” 96 per cent of the institutions surveyed by OpenText and ITWC reported being on the road to digital transformation; however, only 52 per cent actually had pilot projects underway, and only 6 per cent considered their organizations fully transformed. 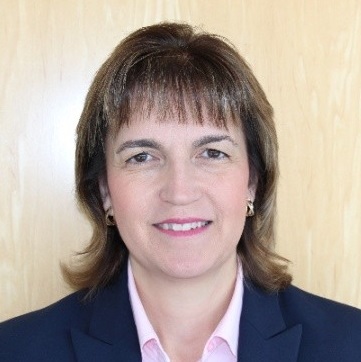 OpenText vice president of cloud and services solutions Lynn Elwood (right), who presented the results at ITWC’s 2018 Digital Transformation Conference and Awards Ceremony on Aug. 14, admitted to being surprised by the results, noting that while she expected few respondents to present themselves as digitally transformed, she had expected more to have pilot projects underway.

“Given how important digital transformation is to financial institutions, I expected to see more of them further along the spectrum,” she said. “Six per cent saying that they’re done is really saying it’s an endpoint and not a process, and I think many firms consider it a process. But I was pretty surprised that only 52 per cent are at the pilot level.”

To be fair to the respondents, few appear to believe their present efforts are up to snuff: The survey asked respondents to identify their organization’s path on the digital transformation journey, with choices starting at no plans at all, and including steps such as creating a road map and examining use cases, before arriving at full transformation.

When asked to compare their own digital transformation with peers, only 20 per cent of respondents thought their organizations were leading the way.

According to Insurance-Canada.ca Inc. founding partner Patrick Vice, who is quoted in the report, the numbers identified by OpenText and ITWC’s study place Canada’s financial industry on roughly equal footing with the U.S. and imply a readiness to embrace technology, but also place it well behind digital transformation leaders such as China.

“Millennials and Gen-X employees are pushing the industry to consider InsurTech methods, but on the distribution side, customer transformation has yet to gain traction,” Vice says in the report.

And it’s customers, alongside startups and tech giants, who are driving innovation, the report concludes, not Canada’s leading banks and insurance companies. According to the survey, 65 per cent of respondents considered customer engagement and targeting their key incentives for digital transformation.

OpenText’s Elwood said this focus on customer service indicated greater willingness on the part of financial institutions to meet standards set by other industries than she would have seen two years ago.

“The focus on emerging products that are based in customer demand is a shift in financial services that we’ve seen happen sooner than, say, retail or manufacturing in some cases,” she said. “Which is great news.”

Other key reasons for digital transformation included cost reduction (57 per cent); legacy decommissioning and migration to digital channels (37 per cent); data capture and management (35 per cent); product development and customization (31 per cent); third party integration (22 per cent); and client onboarding (24 per cent).

Both financial services institutions and insurers looked at the potential impact of digital transformation on specific areas of their businesses, the survey’s researchers noted, with banks expecting the highest impact on customer service, client onboarding, marketing, compliance, and lending; and insurers expecting a relatively equal (but significant) impact across claims processing, underwriting, marketing, digital marketing, agents, and customer communications, with the customer/agent experience receiving a slightly higher ranking.

When it came to digitally transforming their operations, 55 per cent of respondents reported fully integrating their customer acquisition operations, while 63 per cent said their reports had been fully integrated with other business systems. Other systems with full integration included regulatory documentation (40 per cent) and proposals (38 per cent).

“I was surprised to see that only 40 per cent of compliance reporting was already automated and transformed,” Elwood said. “I would have expected that part of the business to be at the 75 or 80 per cent level, and that they would be looking at the customer-facing sides of the business.”

Only four per cent of respondents, the survey noted, cited compliance as their reason for digital transformation, despite recent press over government regulations such as the European Union’s General Data Protection Regulation (GDPR), discussions regarding how Sidewalk Labs’ Toronto-based smart city project will process user data, and controversies such as Facebook’s Cambridge Analytica scandal and this week’s revelation that Google’s Android operating system collects smartphone data whether users want it to or not.

So what’s holding companies back?

In fact, 38 per cent of the companies surveyed identified compliance and regulatory concerns as a prominent barrier to achieving digital transformation.

Elwood said the concerns cited by participants regarding regulations appeared to be less about the regulations themselves and more about the legacy systems and siloed processes related to those regulations.

“There was reference to the fact that regulations are established in a sort of patchwork fashion, which means that broad-based solutions that hit a lot of financial services sectors are very difficult to implement,” she said. “I also think it’s the fact that addressing those regulations is tied up in legacy systems, and that is a big burden to pull as you’re choosing which business process to digitally transform.”

It’s also worth noting that many respondents don’t expect their organizations to ever fully embrace digital processes: Asked how long it would take for them to abandon paper, 43 per cent predicted that it would take as long as five years, and 35 per cent said never. Only two organizations reported being paperless already.

Moving beyond paper, 41 per cent of respondents said they had no plans to use software or robots to support them in processing transactions, manipulating data, triggering responses, and/or communicating with other digital systems, and only 47 per cent reported expecting their organizations to use artificial intelligence (AI) to streamline their business processes within five years.

Where to go from here

In addition to asking respondents to identify their organizations’ current embrace of digital transformation, the study’s researchers asked participants to describe the future impact of digital transformation on financial services as well, and the answers included everything from job losses and new competitors to an improved customer experience and global expansion thanks to faster and better processes.

Elwood said she suspects that many of the pilot transformation projects presented by participants, especially larger institutions, were likely to become part of their ongoing operations and improve the results of future surveys.

“If we were to look at the spectrum, those that felt they were closer to completion are probably smaller tech companies or startups that were able to start from a cleaner slate,” she said. “But I’m almost certain that a lot of those proof of concepts are probably very real business propositions, and I have to believe that a number of them are close to production.”

OpenText and ITWC didn’t identify the number of names of the organizations surveyed, and Elwood confirmed those details could not be published, but more than half of have reported annual revenues of more than $500 million, according to the report.

Eric Emin Wood
Former editor of ITBusiness.ca turned consultant with public relations firm Porter Novelli. When not writing for the tech industry enjoys photography, movies, travelling, the Oxford comma, and will talk your ear off about animation if you give him an opening.
Previous article
Anki’s ‘robot for the home’ is like Alexa on wheels
Next article
Airbnb corporate bookings are on the rise, and Toronto is reaping the benefits

Digital real estate is gaining popularity as brands look to enter the...