Windows XP users will start receiving warning messages about the April 8 end of support date March 8, and Microsoft Corp. is offering a new migration tool to help them upgrade to a newer version of Windows.

Microsoft has long been sounding the alarm that Windows XP users are approaching the 12-year-old operating systems’ end-of-support date. With that date about one month away now, its ramping up its efforts to let XP users know they face the prospect of an unsupported operating system after April 8. That means no more automatic updates, no more security patches, and no more technical assistance. You can also bet that other software vendors will stop making compatibility with Windows XP a priority.

Related
The end of Windows XP: What are your options?
Migrating away from Windows XP – A Twitter chat recap

One major hurdle for Windows XP users to migrate is there is no upgrade option directly to Windows 7 or Windows 8. A user either must upgrade to Windows Vista first to move onto the more modern Microsoft OSes, or reformat their computer and do a fresh install of Windows 7 or 8, losing all of their files and settings. Recognizing that pain point, a number of third-party vendors have released software tools or services to help users migrate files and preferences along to a new Windows install.

Now Microsoft is partnering with Laplink Software Inc. to make a free version of its PCmover software available to XP users. PCmover Express for Windows XP will be available for download in multiple languages later this week on WindowsXP.com, according to Microsoft. The free version of the tool will migrate files, music, videos, email, user profiles, and settings from a PC running Windows XP to your new device. Those also wanting to migrate applications will need to pay for an upgraded version of the software for US$23.95. 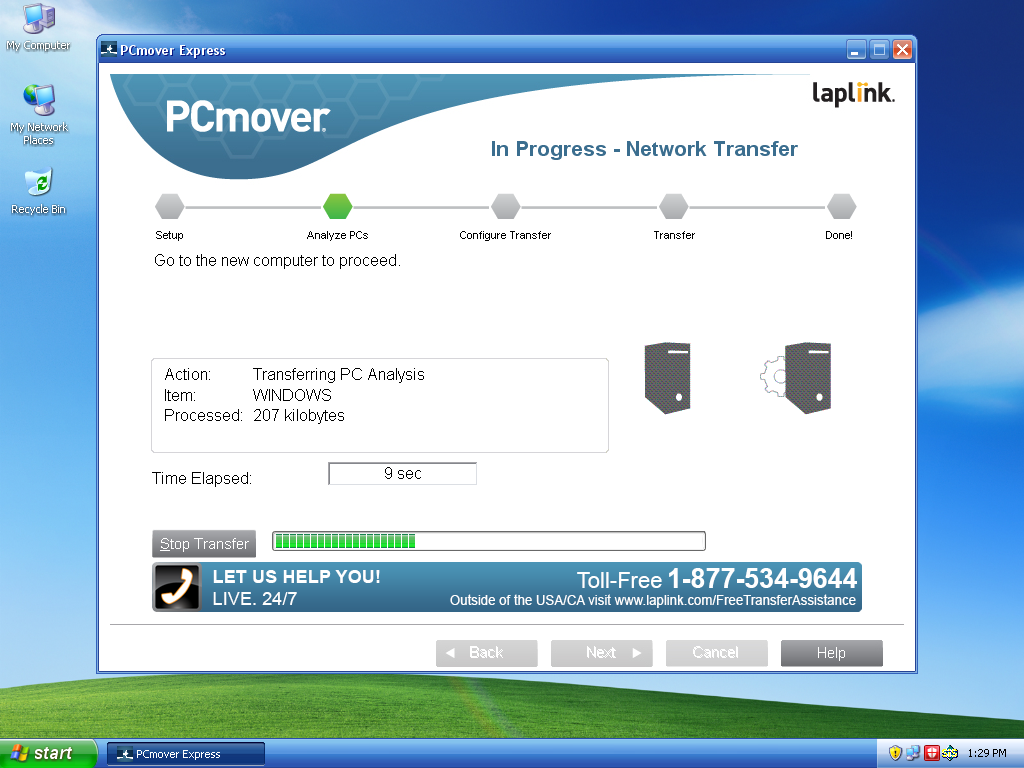 If users don’t choose to not see the notification message again, it will reappear on the 8th of every month, Microsoft says. For users who aren’t sure if they are running Windows XP or not, Microsoft has set up a page to answer that question for you.