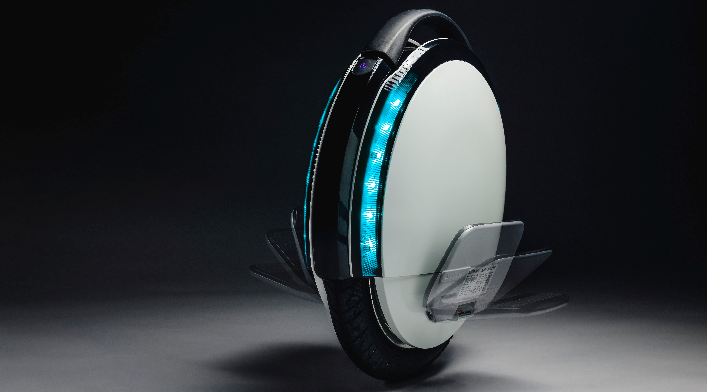 I found it really interesting that Segway Inc., a vendor of personal electric-based transportation machines, has developed a commercial-grade product that looks like those old unicycles called the One S1.

Expect to see its debut next month at the CES show in Las Vegas.

But what is interesting about Segway’s strategy is that they will be making the One S1 available at traditional sports retailers throughout North America. The question is can the One S1 replace your traditional two-wheel 10-speed bicycle? Looking at the price of the One S1 – $749 – it just might.

Segway last month offering the One S1 for pre-sale on Amazon and the response was very good, according to Brian Buccella, the VP of Marketing and Business Development for Segway.

When compared to the ultra-high-end Trinity Advanced Pro bike at just under $8,000 it’s not a big leap to see the One S1 can be a great alternative to the bicycle. The Trinity Advanced Pro is made by Giant, the leading Taiwanese-based bicycle maker in the world and it was designed to be the fastest triathlon bike in real-world race conditions. The Trinity Advanced Pro has been engineered using computational fluid dynamics and dynamic wind-tunnel testing to deliver supreme aerodynamic performance in a race-ready package.

Giant does make cheaper Trinity bikes that start at around $3,000. And, to be fair Giant does have a $600 bike for simple cruising. They also have an E-Bike at $3,299. The Segway is getting at the price point where people now have an option.

Buccella said, Segway is targeting retailers with a lifestyle conscious clientele along with recreational riders.

The one thing to caution is One S1 is not as easy as a bike to ride. Buccella said the One S1 is not for everyone. “Riding takes skill. We’ve found that riders with a certain skill set, combined with a fearless mindset, can learn to ride in about an hour. It may take other riders longer to become proficient,” Buccella added.

The One S1 weighs 25 pounds and Segway is pushing the product to 16 year-olds and up. One S1 can accommodate up to 220-pound individual. It runs on a set of lithium-ion batteries. These batteries can give a rider to 15 miles on a single charge with a top-speed of up to 12.5 mph. So the One S1 is slower than your traditional bike that averages 16 mph on flat terrain.

In addition, there is a downloadable Ninebot App, which provides a new rider tutorial, as well as the ability to monitor speed, enable carry or lock mode, engage speed limit mode, and customize the lighting.

The One S1 has been certified to UL’s  2272 standards for safety.

One S1 accessories include training wheels, kickstand, protective bumpers and graphic decals. And the accessories are for retailers to upsell their customers and increase their own margin.

New app aims to be Uber of personal training

You can now have your own coach