Hack Harassment wasn’t an isolated incident: Intel Corp.’s initiative against online bullying was part of a $300 million effort started last year to make the world of tech a friendlier one – beginning with its own U.S. workforce, which it pledged would “reach full representation of women and underrepresented minorities” by 2020.

And in many ways the first year of the company’s initiative was a successful one, with Intel exceeding its goal of 40 per cent diversity among new employees by increasing the number of women hired by nearly 43 per cent, and the number of underrepresented minorities (that is, non-Asians) hired by 31 per cent, according to the company’s 2015 diversity and inclusion annual report released on Feb. 3.

To reach its goal of full gender and ethnic parity with the U.S. workforce (below) by 2020, Intel is dividing its efforts into five key programs and initiatives:

To achieve its goals, the company has taken several notable steps: 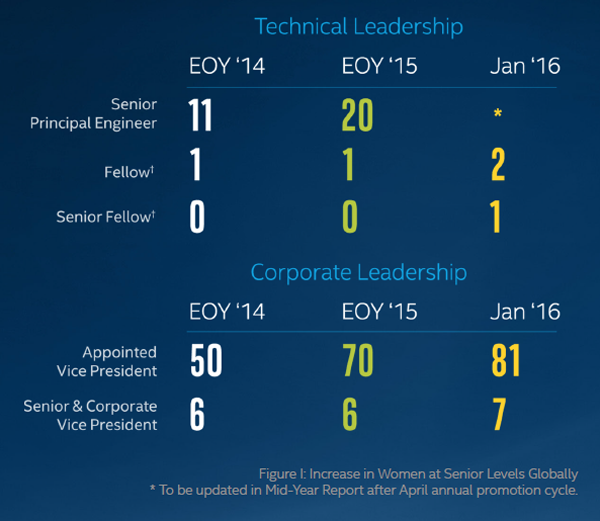 To be fair to Intel, there are many entrenched reasons for the tech industry’s lack of diversity, and they cannot be changed overnight, a fact the company acknowledges in the report by focusing on where its efforts missed the mark.

“While we’re gratified that our pioneering efforts have shaken up the company – and the industry at large – we’re focused on the progress that remains,” the report said.

“In short, we’ve only just begun,” the report said. “And we’re excited to drive further improvements and impact in 2016.”

Retailers grapple with gap between digital marketing and in-store experience